Here's my 3rd set upgrade within a month's time.  My previous two posts included set upgrades for the 1982 and 1983 Topps sets.  I found a good deal on an '84T set and decided to upgrade, allowing me to build upon my "pick lot" availability for sale online.  Listed below are the stars, key rookies and other cards valued above $1.50 that were removed from my personal collection as a result of upgrading.  Some of the $1.50 cards are not shown because I've included them in my "pick lots" as opposed to trying to sell them individually online. 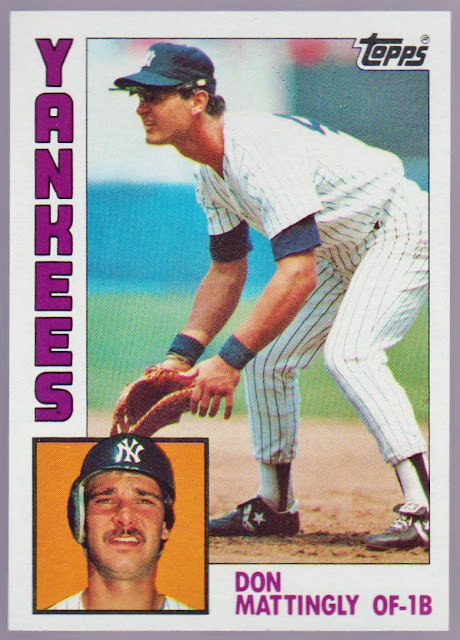 Although I've always had a lot of respect for this set--valuewise--there aren't a lot of options for selling off individual cards outside of the Mattingly rookie.  A card has to be worth at least $2.00 for me to be able to get any value for individual sales online.  Below $2.00, the earnings all seem to go away to fees, supplies, gas, and shipping.  For cards worth $1.00 or less, I just typically include them in my "pick lots". 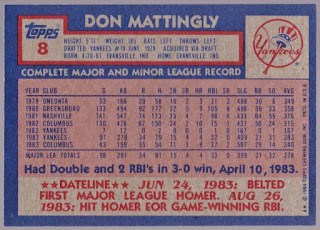 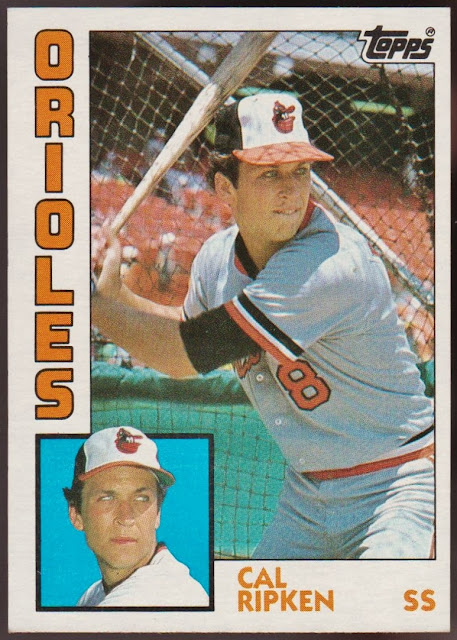 My 1984 Topps is was already pretty strong, and upgrading individual cards came a little less frequently than did upgrades for my 1982 and 1983 sets. 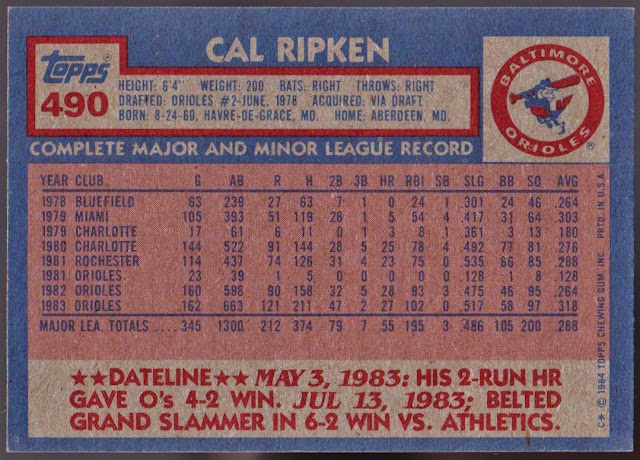 The 3rd year card value for Ripken remains pretty strong, but the 2nd year card values for Gwynn, Sandberg, and Boggs seem to drop off significantly from their rookie year.  The "boom" in card manufacturing had already begun by 1984, but not so much that the '84T and '85T sets are still able to retain some value.  Even '86T sets seem to be selling stronger than the book value indicates.  It's the '87T set were sell prices plummet. 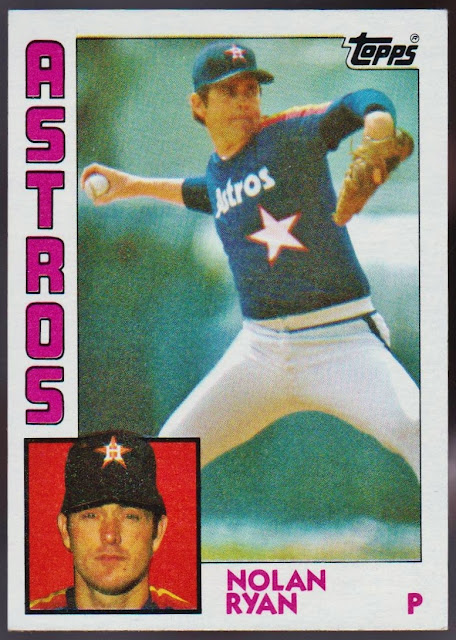 I'm actually still working through my '84T set upgrade as I write this post.  I'm not sure if I'll post my '85T set upgrade next or not.  I recently just completed the "A" series (Red Backs) for the 1951 Topps set, so I'm still thinking about what to write about that in the near future.  I'm also only 1 card away from the '50 Bowman set, and about 18 cards from the '54T set.  All-in-all, it's been a really good year in card collecting. 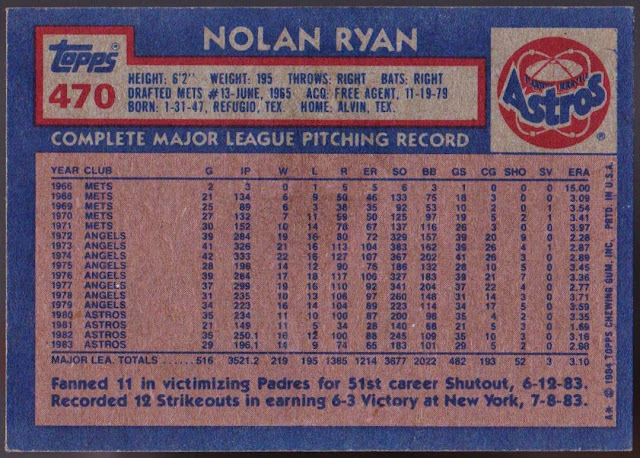 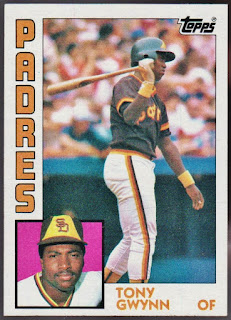 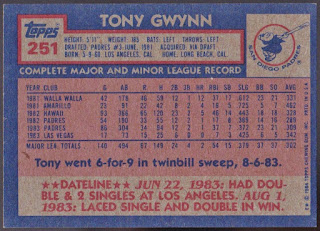 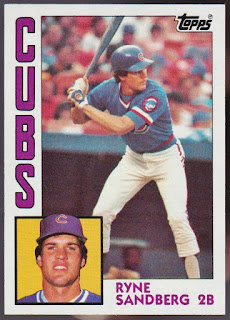 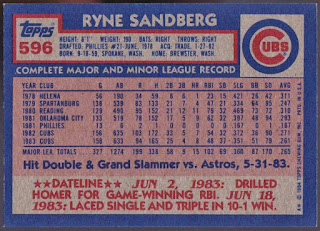 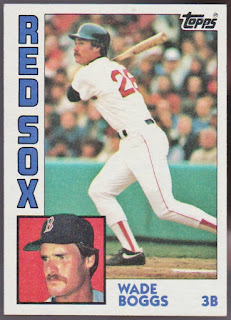 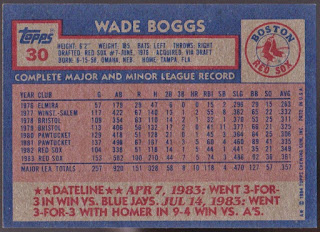 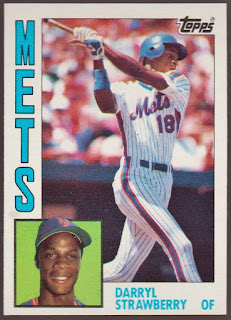 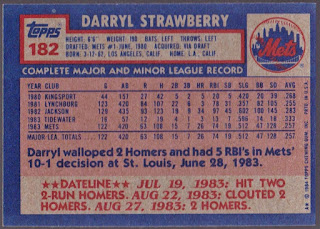 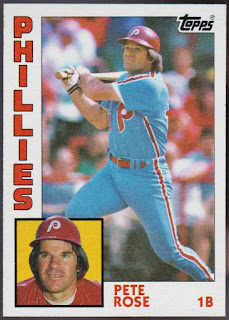 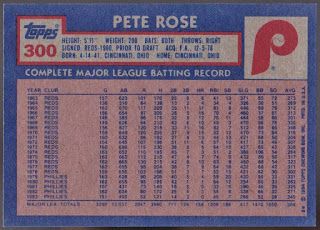 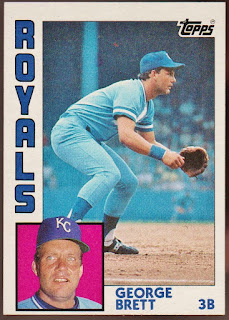 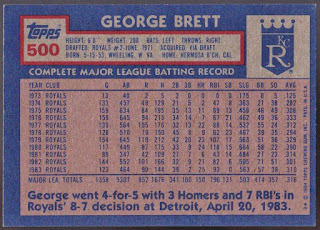 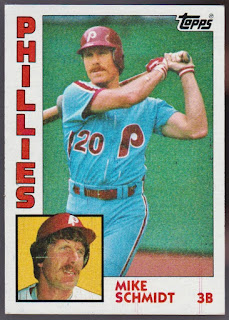 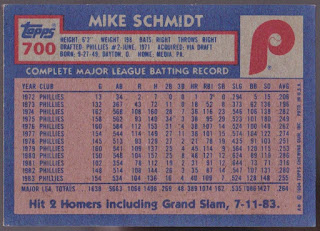 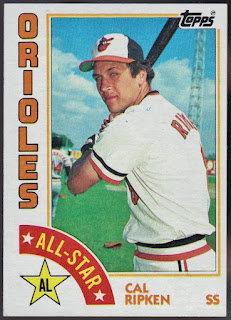 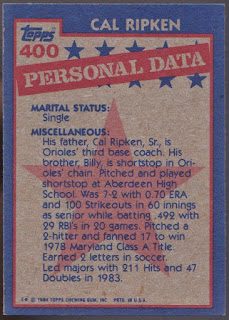 Email ThisBlogThis!Share to TwitterShare to FacebookShare to Pinterest
Labels: 1984