1988 was probably the peak of the Boom Wax Era--at least in terms of today's low-value pricing.  To this day, the 1988 Topps set is the least valuable Topps base set of all time.  It reminds me of a cross between the 1967 and 1967 Topps sets. 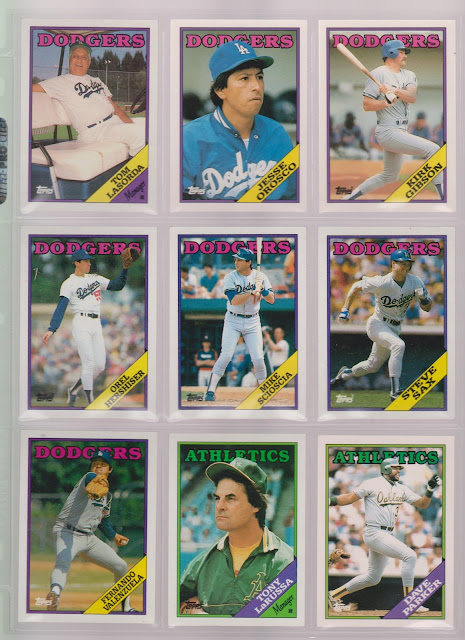 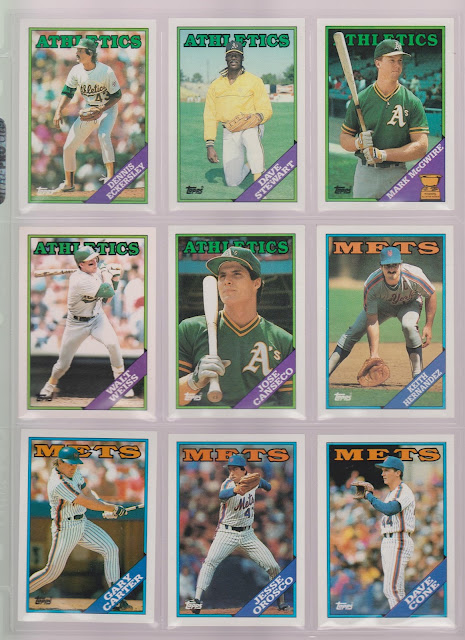 Here, I've displayed all of the Hall-of-Famers and many of the other Stars, Semi-Stars, and Minor Stars.  The '88T set had a tough act to follow after the wooden-bordered '87s, but the hobby market was certainly booming strong--just look at how much material was produced. 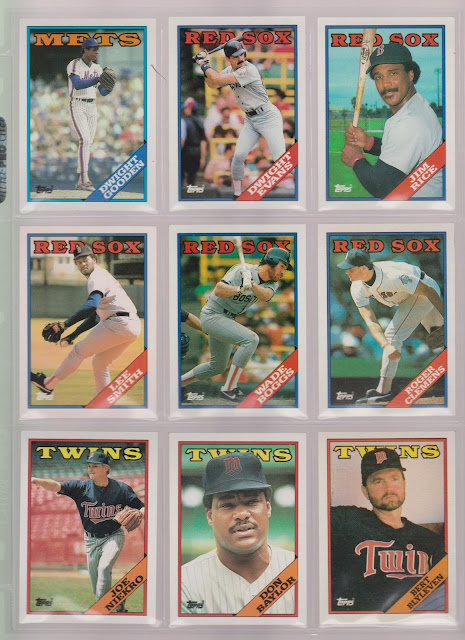 So, just how big were baseball cards booming in '88?  Well, in the December 1988 issue of Beckett Baseball Card Monthly #45, here is some of the notable pricing:

These sets were less than 5 years old then and were worth more that they are now.  Remember, $100 in the '80s was considered to be a lot more than it is today--especially since minimum wage throughout the '80s was only $3.35/hour. 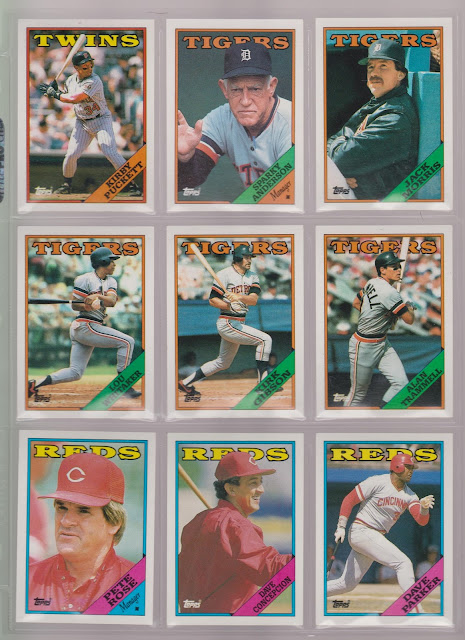 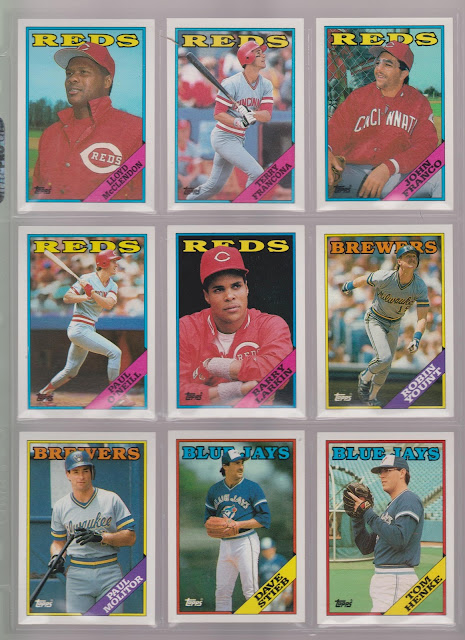 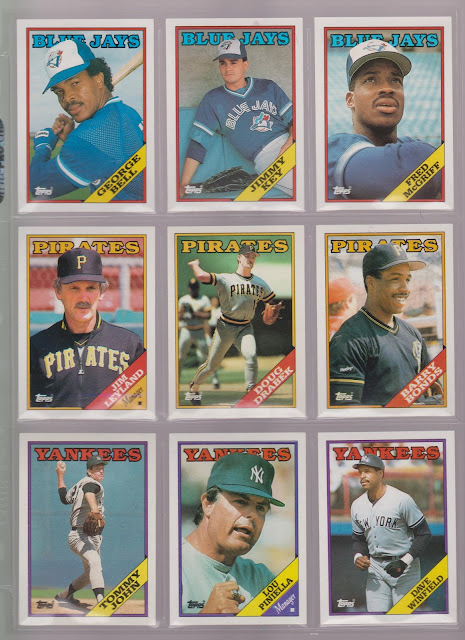 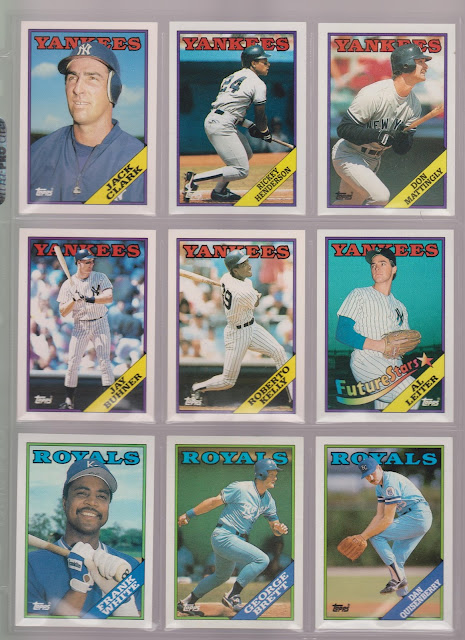 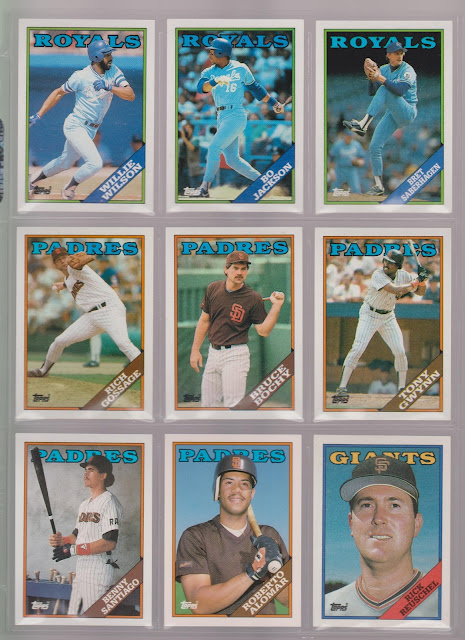 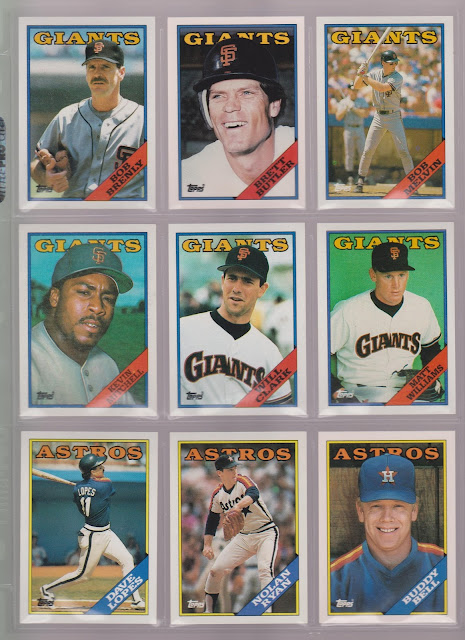 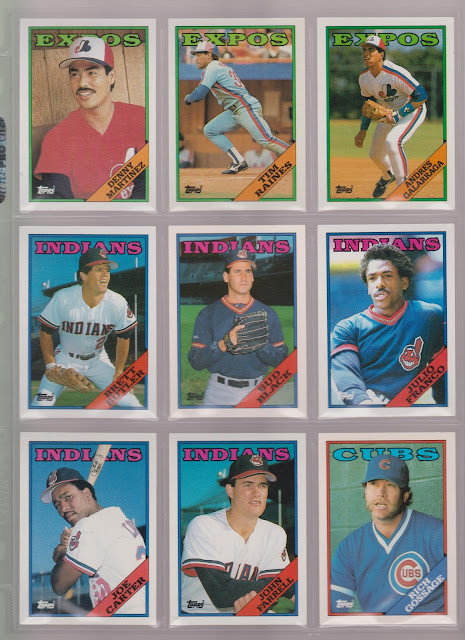 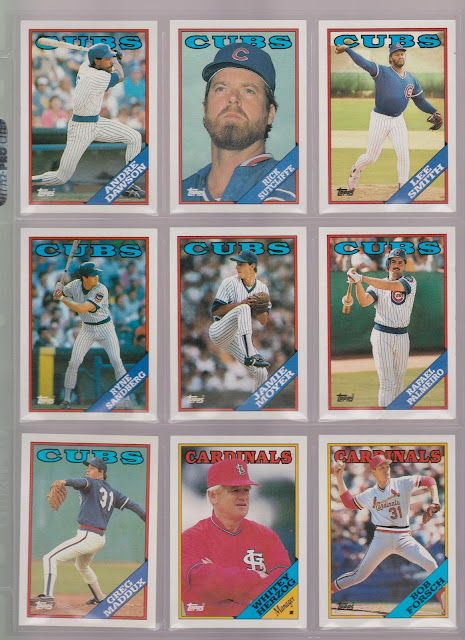 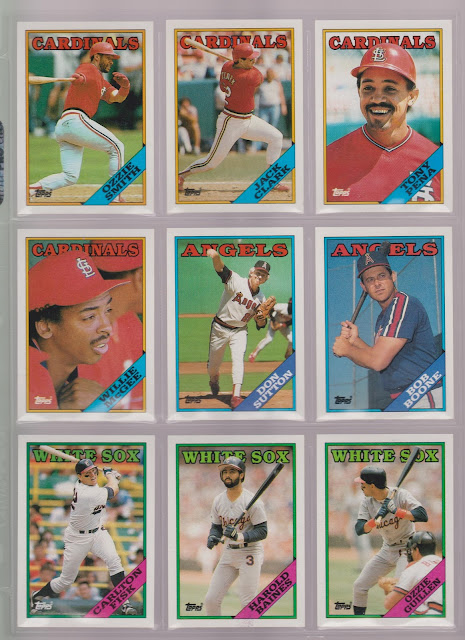 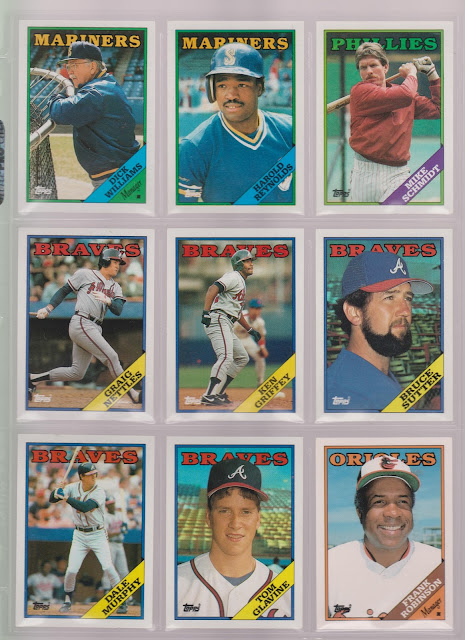 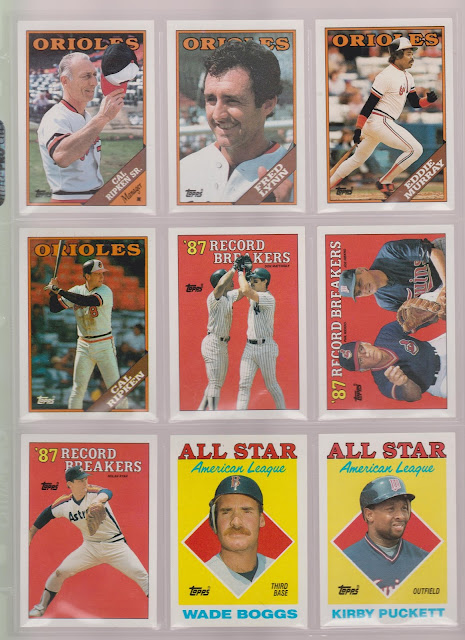 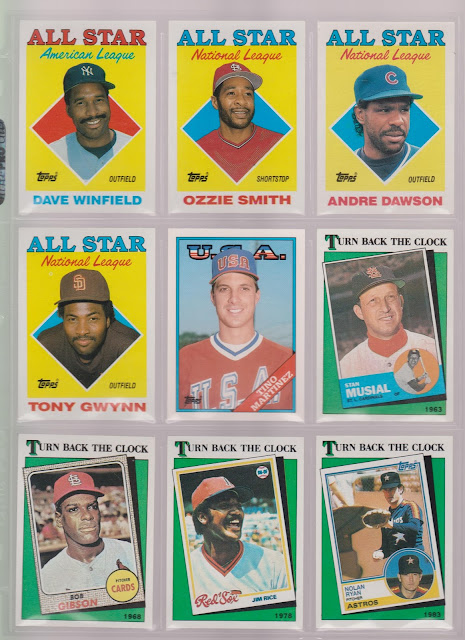 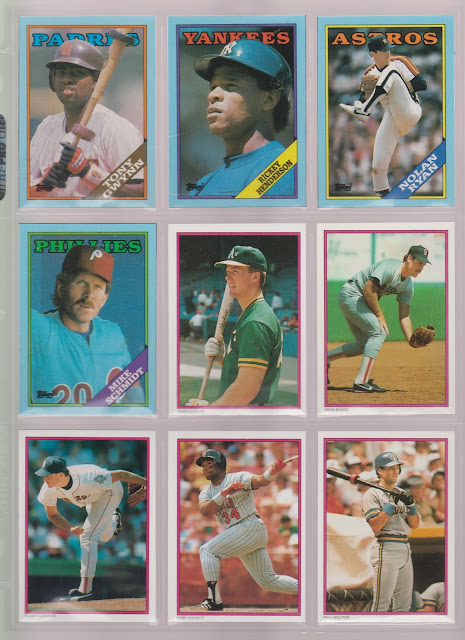 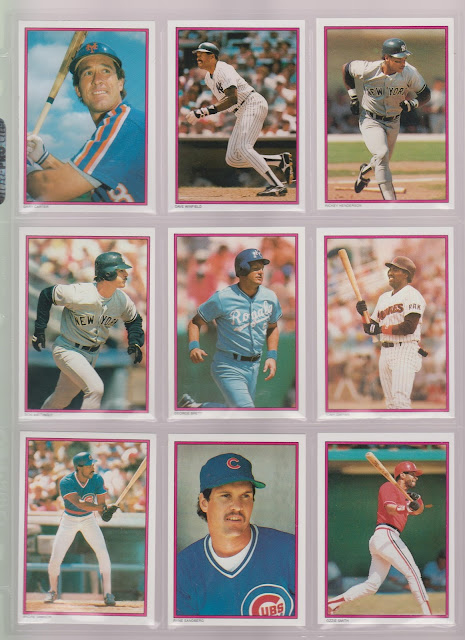 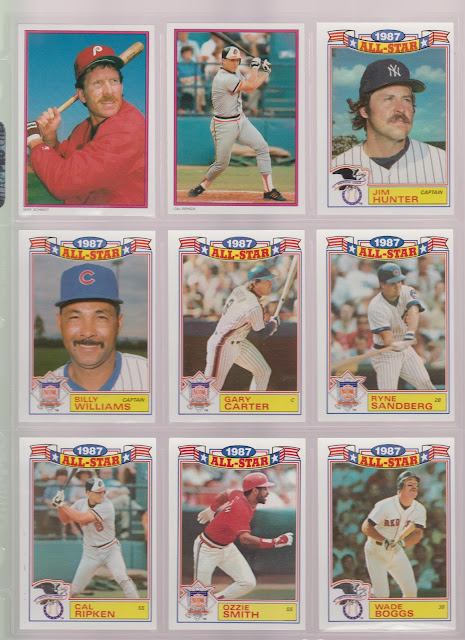 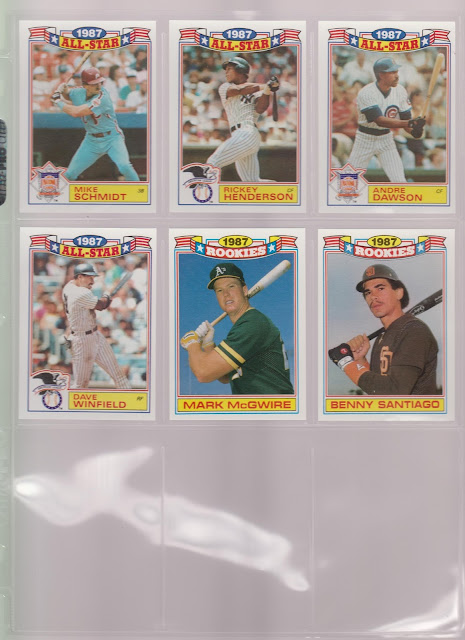 Email ThisBlogThis!Share to TwitterShare to FacebookShare to Pinterest
Labels: 1988