Drafted by the San Francisco Giants in the 7th round of this year's MLB draft was the familiar name of Jose Vizcaino Jr.  I recently got to see him play in A- ball in the minors as Vizcaino's team beat my team by a narrow margin.  Many people might remember Jose Vizcaino Sr. who played for 8 different teams over an 18-year career between 1989-2006--mostly for the Dodgers and Astros.  Vizcaino has one World Series ring with the 2000 Yankees in 2 WS appearances, 3 LCS's, and 6 LDS's.  Vizcaino's regular-issue Topps rookie card was in 1992, but he also had a Topps Debut card in 1990, which is perhaps his true Topps rookie. 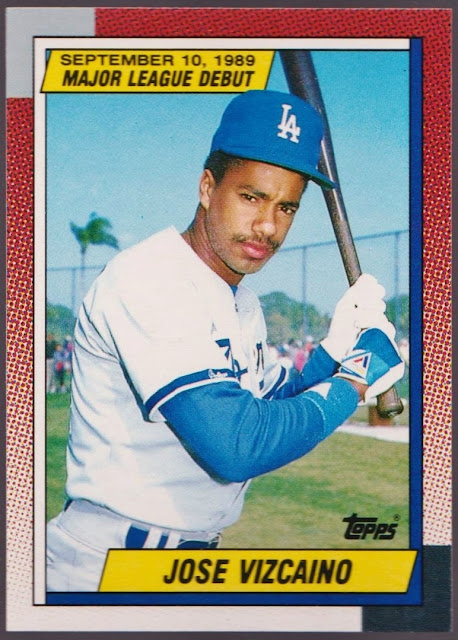 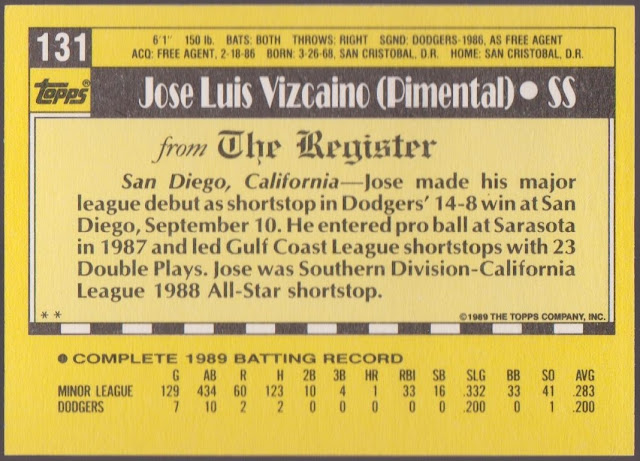 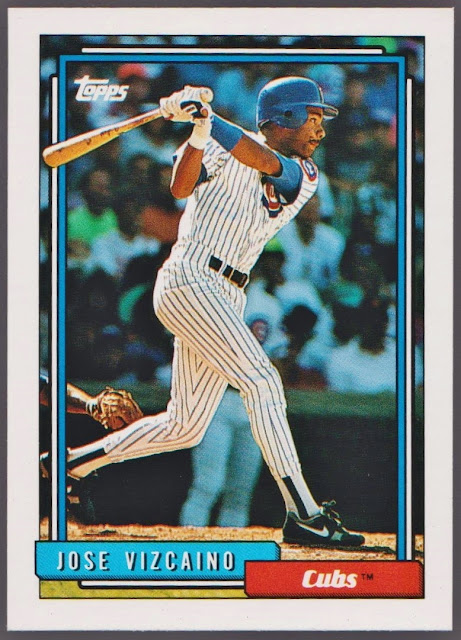 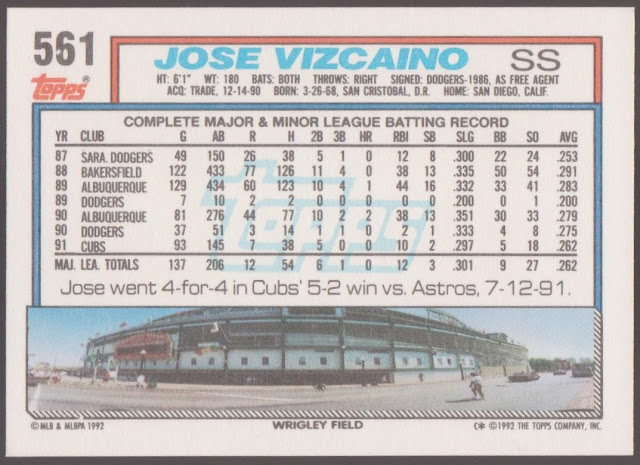 Posted by RoundtheDiamond87 at 1:53 PM

Email ThisBlogThis!Share to TwitterShare to FacebookShare to Pinterest
Labels: 1990, 1992