Elden Auker was born in the small Northwestern Kansas town of Norcatur on September 21st, 1910, which to this day, still only has a population of about 150-200 people.  Auker attended college at Kansas State University, where he starred in baseball, football, and basketball.  Upon graduation, Auker chose to play baseball for the Detroit Tigers over football for the Chicago Bears.  In 1932, the Tigers sent Auker to their minor league affiliate Moline Plowboys (class D) for 18 games and then the Decatur Commodores (class B) for 9 more games.  Auker started the 1933 season with the Beaumont Exporters (class A) for another 31 games before being called up to the major league club in August.  According to wikipedia, Auker struck out his very first batter, Babe Ruth, in just 4 pitches.  Auker played a total of 10 seasons in the majors for 3 different teams between 1933-1942.  He was mostly known as a Detroit Tiger, having pitched in two World Series: losing against the Cardinals in 1934, and winning against the Cubs in 1935.  Auker was traded to the Boston Red Sox after the 1938 season, which was just in time to witness Ted Williams as a 1st year rookie in 1939.  He would play his final 3 seasons with the St. Louis Browns (now Baltimore Orioles).  Auker lived to be almost 96 years old, and was known as the last living pitcher to have faced Babe Ruth when he passed away on August 4th, 2006. 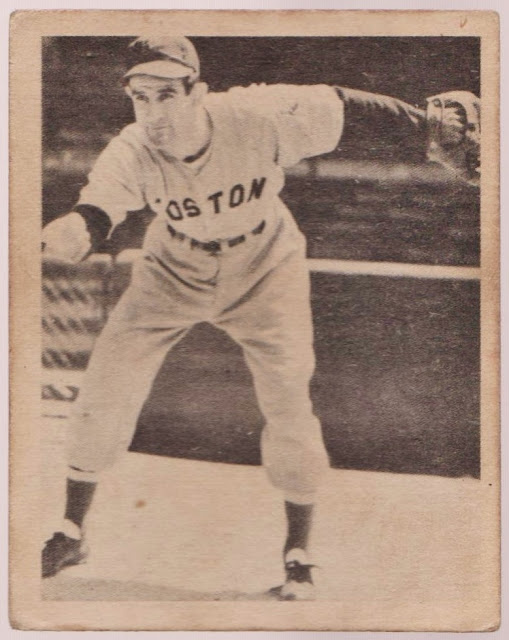 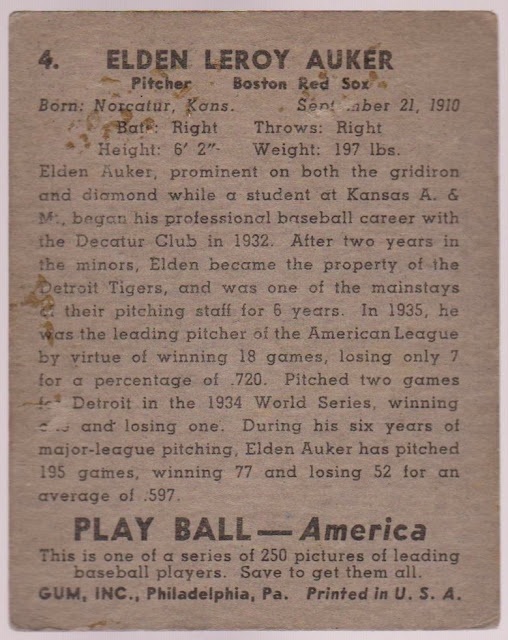 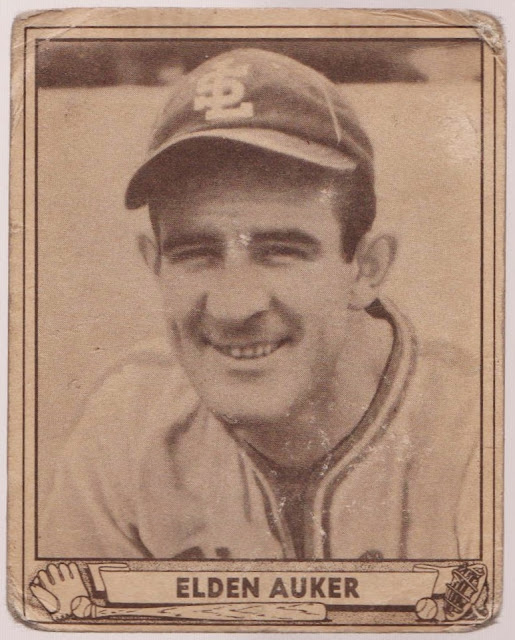 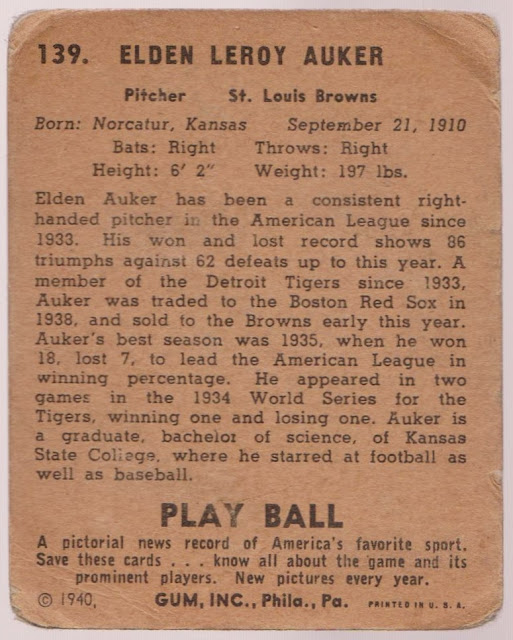 Posted by RoundtheDiamond87 at 2:08 AM

Email ThisBlogThis!Share to TwitterShare to FacebookShare to Pinterest
Labels: 1939, 1940