At 659 career HR's, Alex Rodriguez will soon move into the number 4 spot on the all-time career home run leader list behind Babe Ruth. 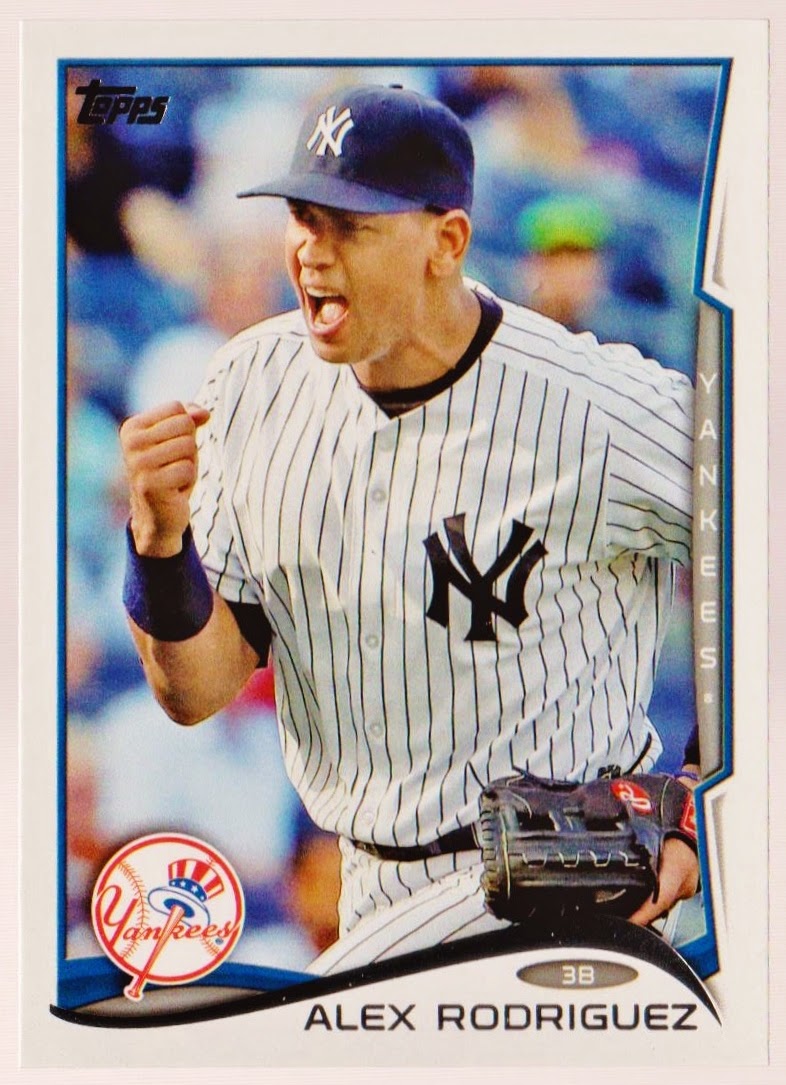 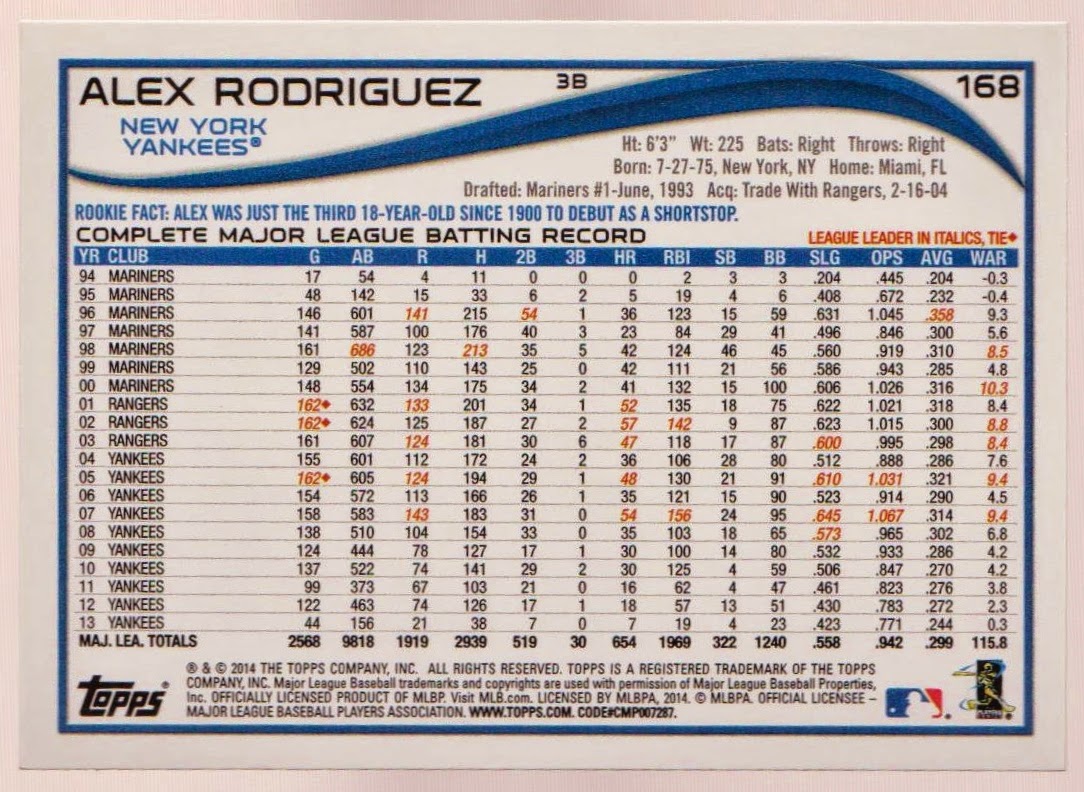 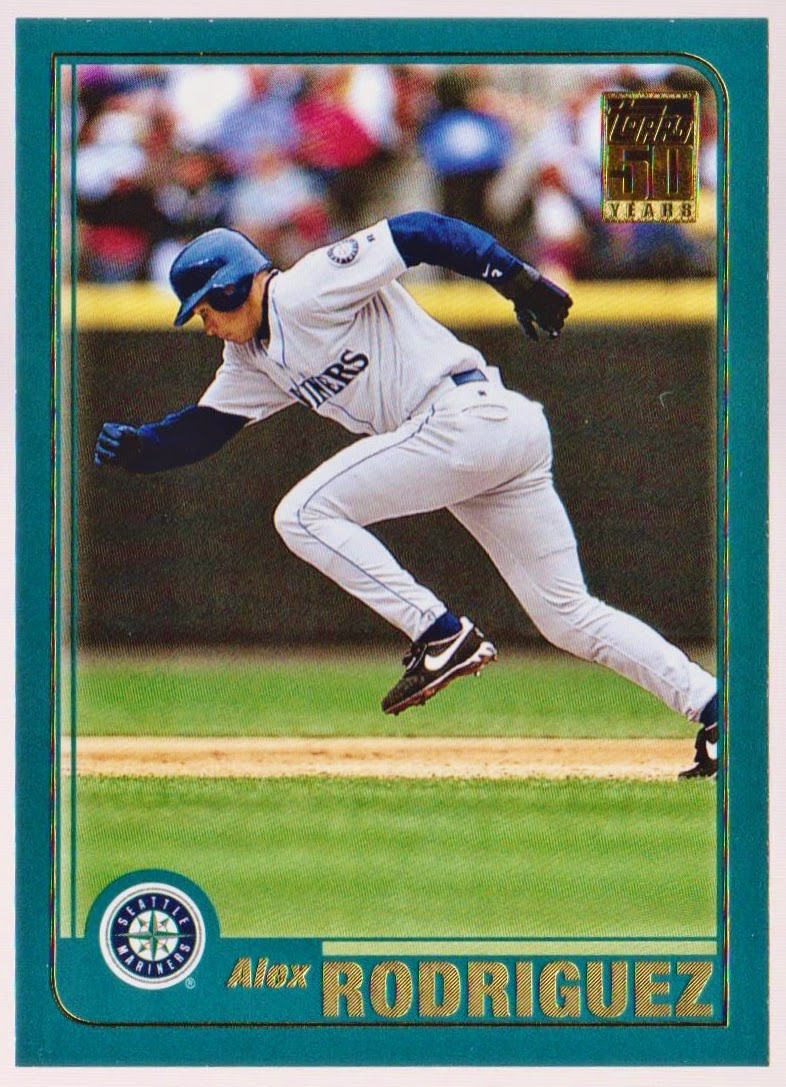 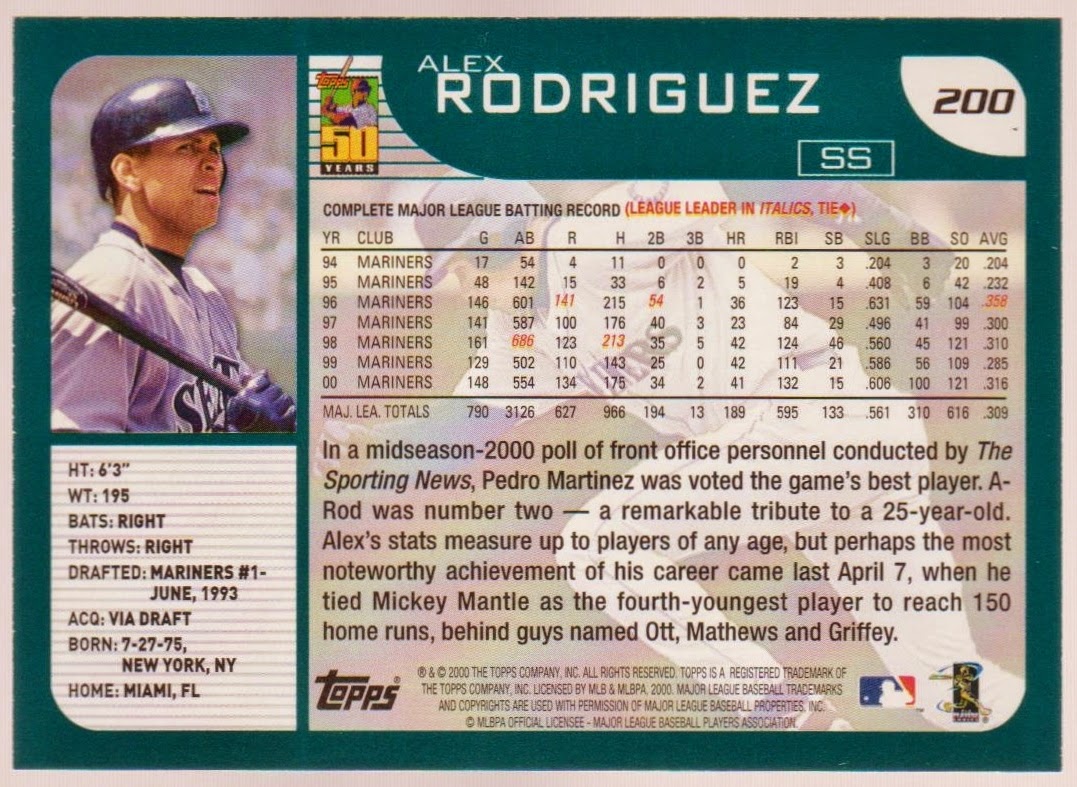 Posted by RoundtheDiamond87 at 10:48 PM No comments:

Email ThisBlogThis!Share to TwitterShare to FacebookShare to Pinterest
Labels: 2001, 2014 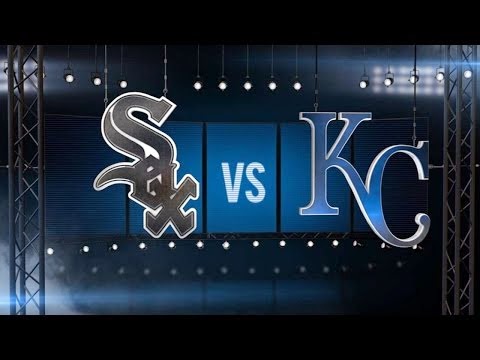 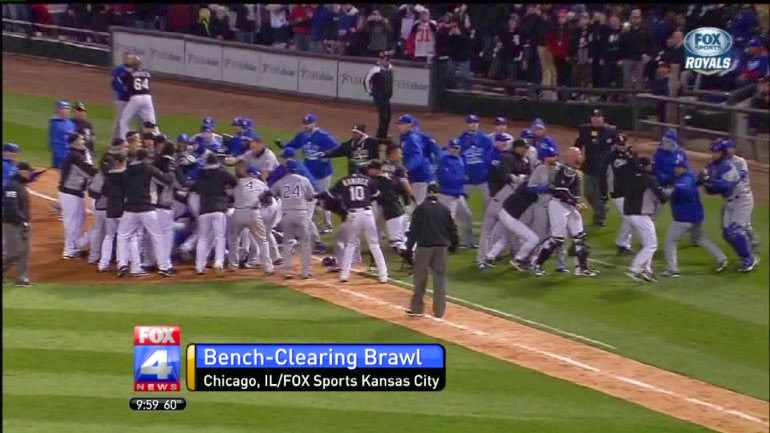 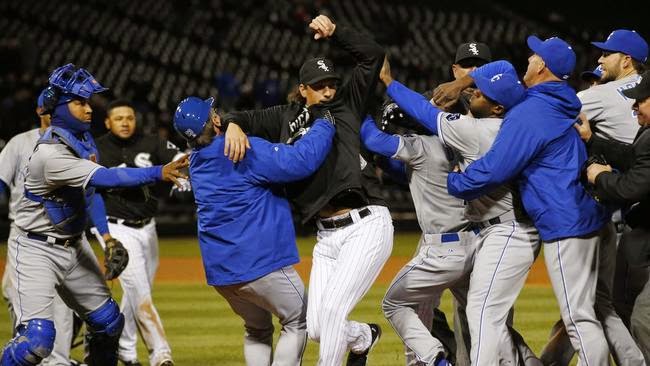 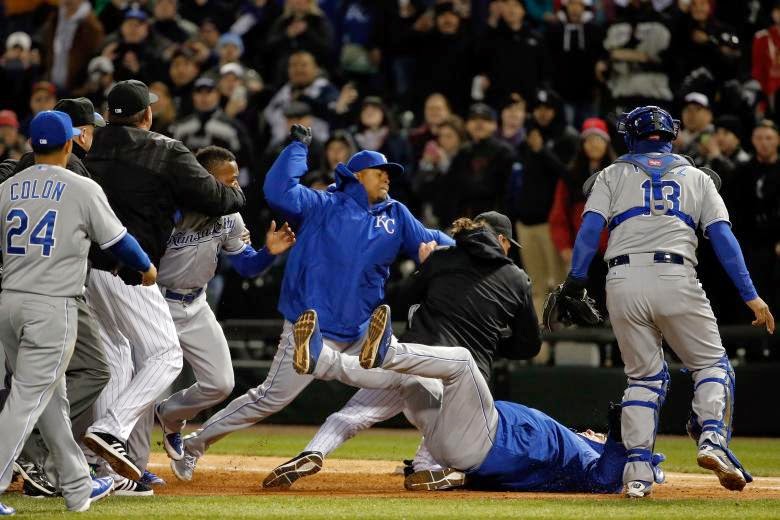 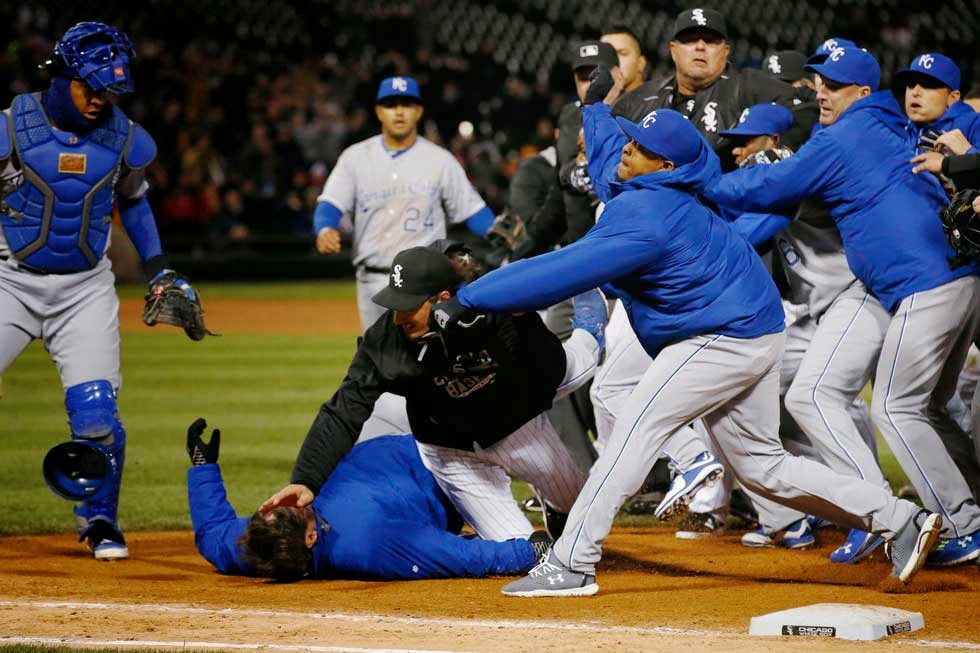 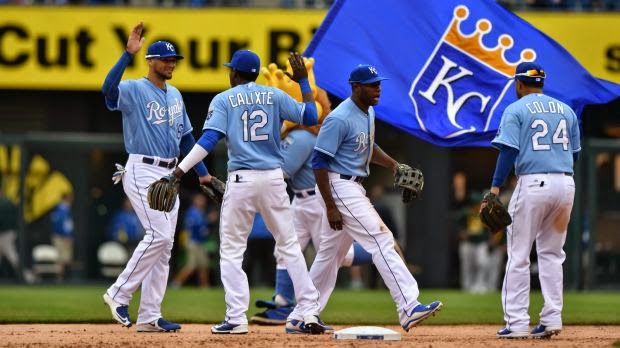 Posted by RoundtheDiamond87 at 1:01 AM No comments:

Email ThisBlogThis!Share to TwitterShare to FacebookShare to Pinterest
Labels: 2015

Tommy Henrich was already an old-timer in 1950, playing in his final MLB season, which began with the Yanks in 1937.  He was an All-Star during each of his final four years between 1946-1950, but made the team for the first time in 1942 before serving 3 years in the military during WWII.  Henrich hit Triples and scored Runs, which probably means he was relatively fast.  He was nicknamed "Old Reliable", and "The Clutch".  He appeared in four different World Series with the New York in 1938, 1941, 1947, and 1949--all victories.  Henrich remained on the ballot for the Hall-of-Fame between 1952-1970, earning over 20% of the voting during his peak year. 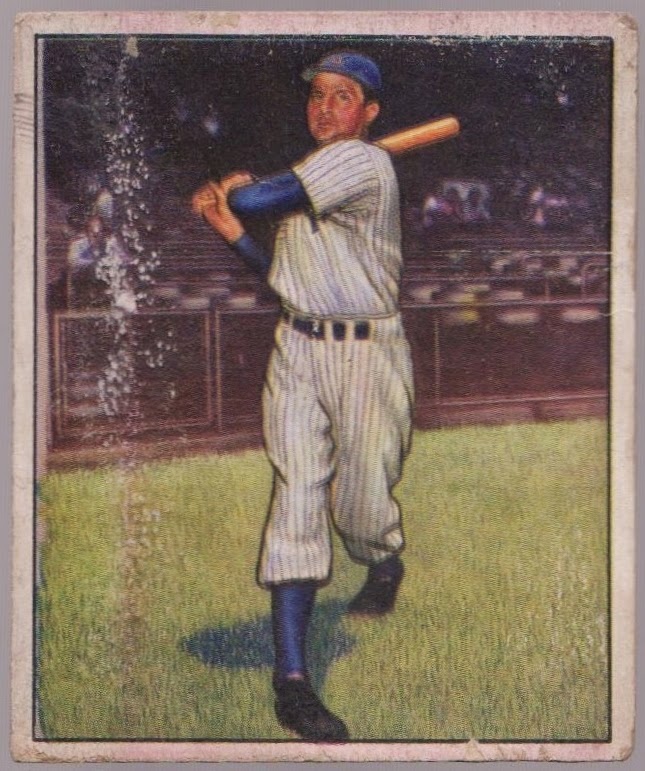 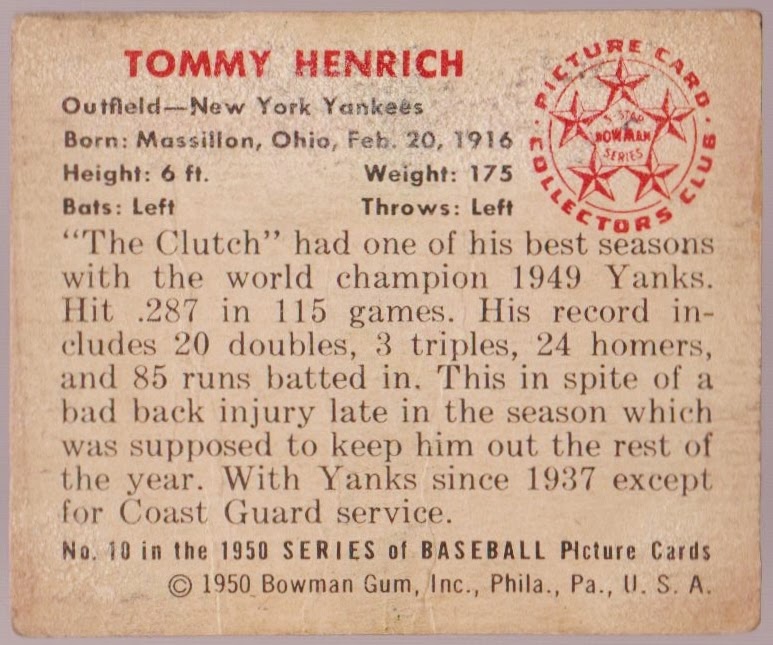 Posted by RoundtheDiamond87 at 9:28 PM No comments:

This Luke Appling aquisition bring my total '50B missing card count to only 15 more to go.  Appling was inducted into the MLB HOF in 1964 after a 20-year playing career that spanned from 1930-1950--all with the Chicago White Sox.  He appeared in 7 All-Star games and often ranked among the league leaders in Batting Average, Hits, On-Base %, and Games Played throughout his playing years.  While watching the 1982 World Series a couple years ago, I saw Appling hit a homerun against Warren Spahn at the age of 75 years old during an old-timers game at RFK stadium in Washington, D.C. 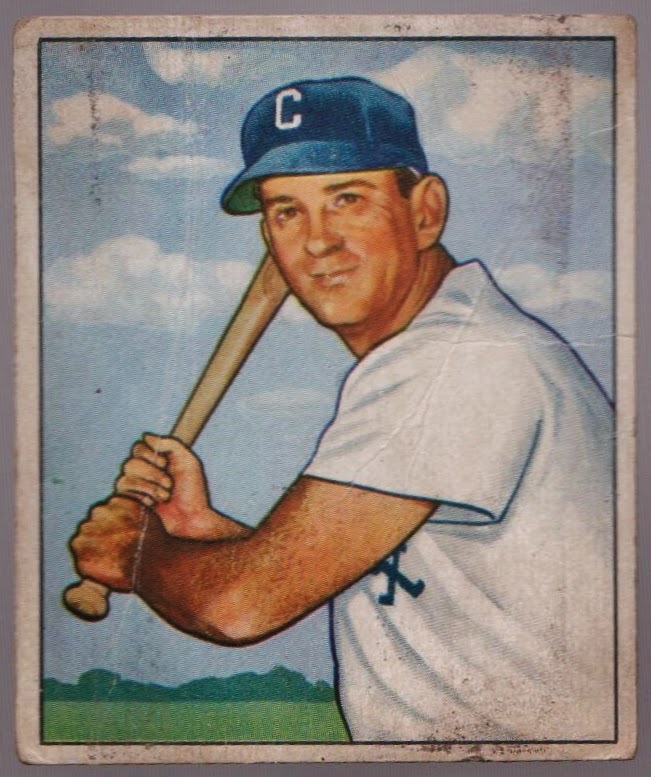 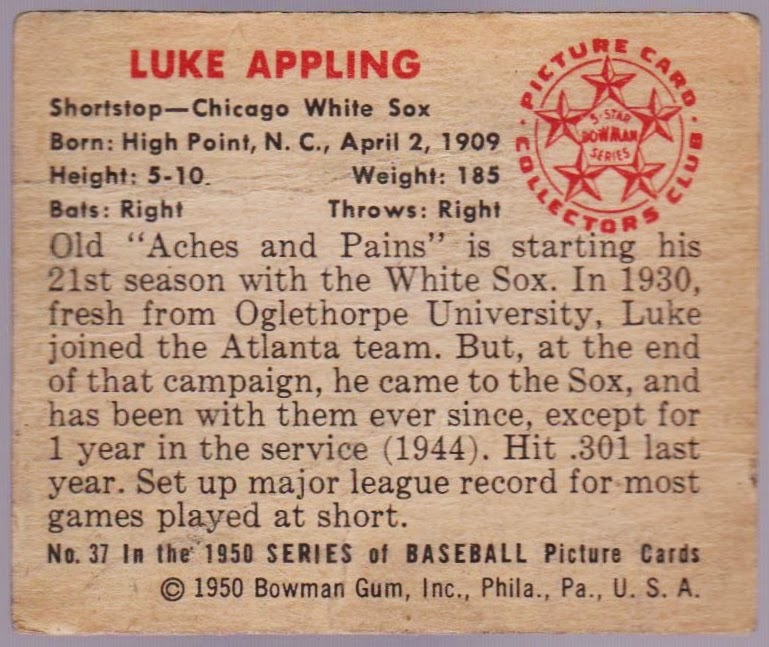 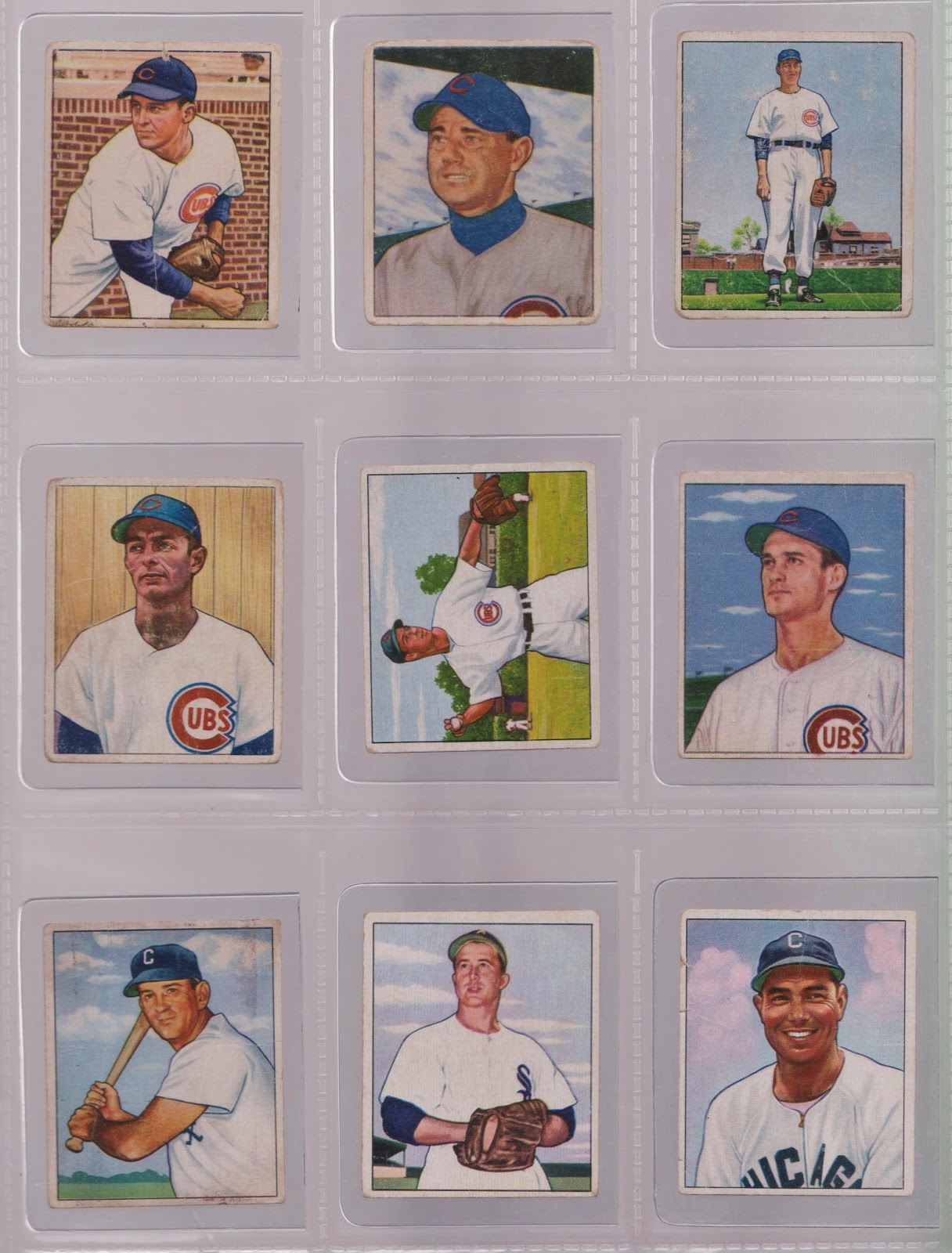 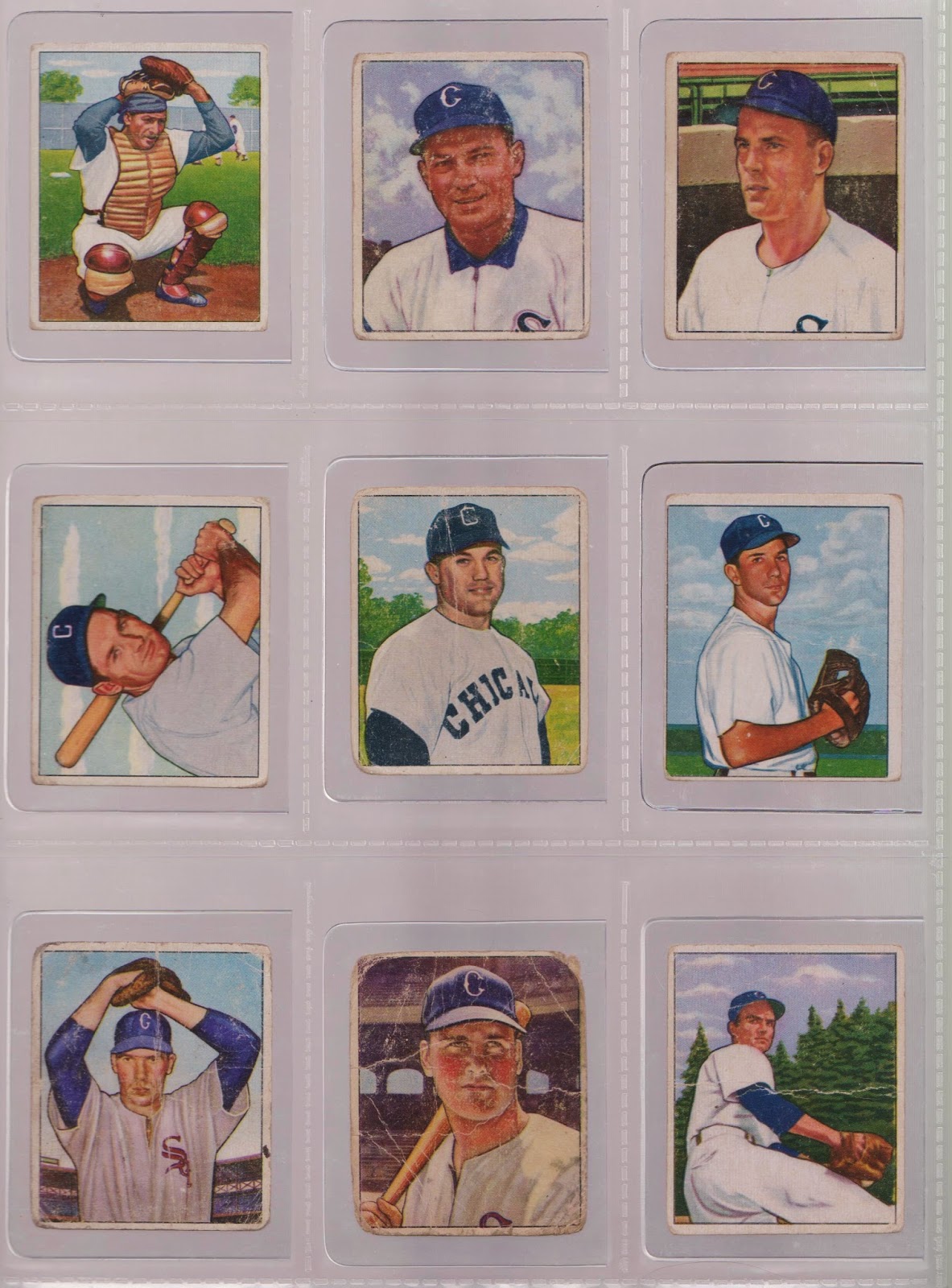 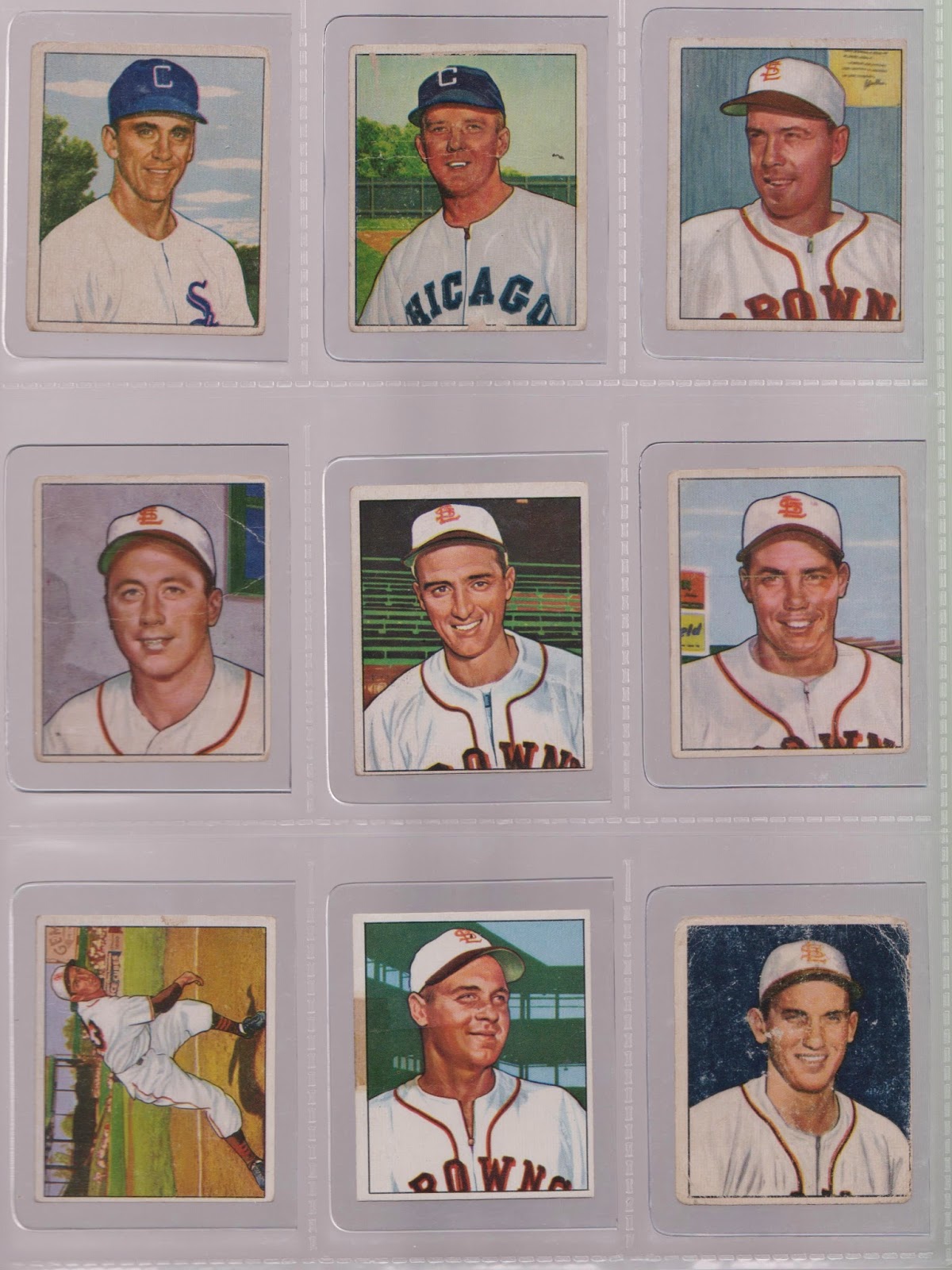 Posted by RoundtheDiamond87 at 11:44 AM No comments:

Mantle's don't come cheap.  I found this one for sale at less than 5% BV, and jumped on the opportunity to complete the last missing star card outside of the final series in the '66T set.  It's also my 2nd regular-issue Topps Mantle card.  This one is in really bad shape, but complete and readable. 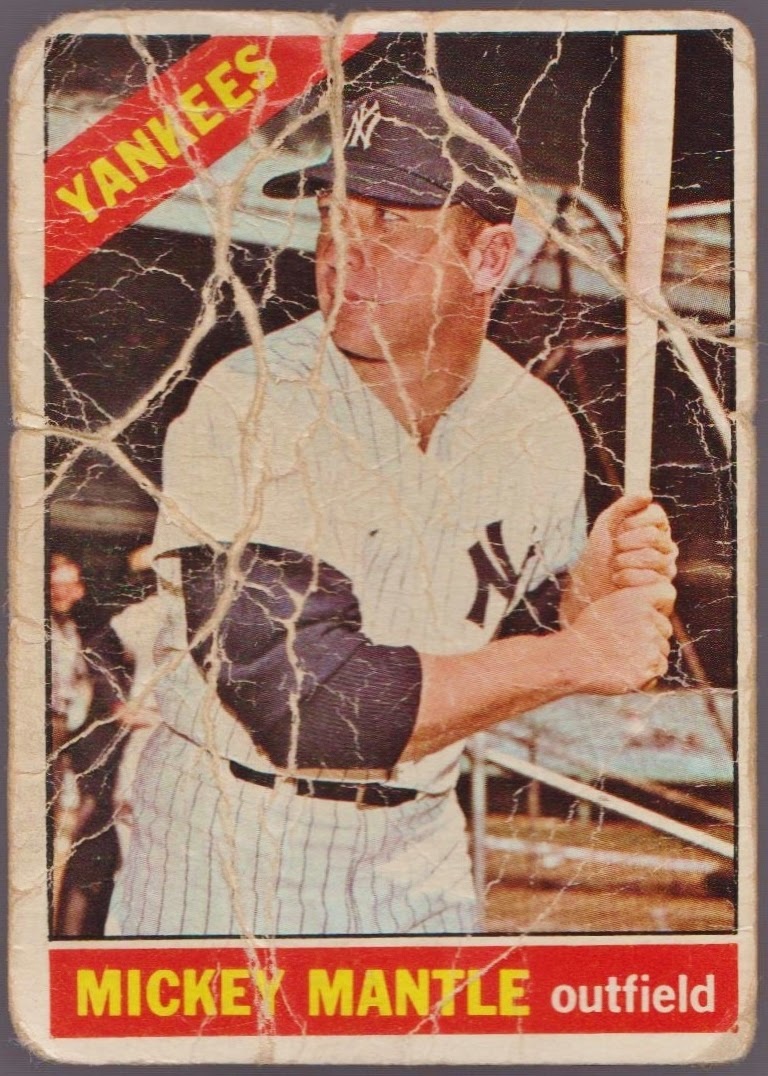 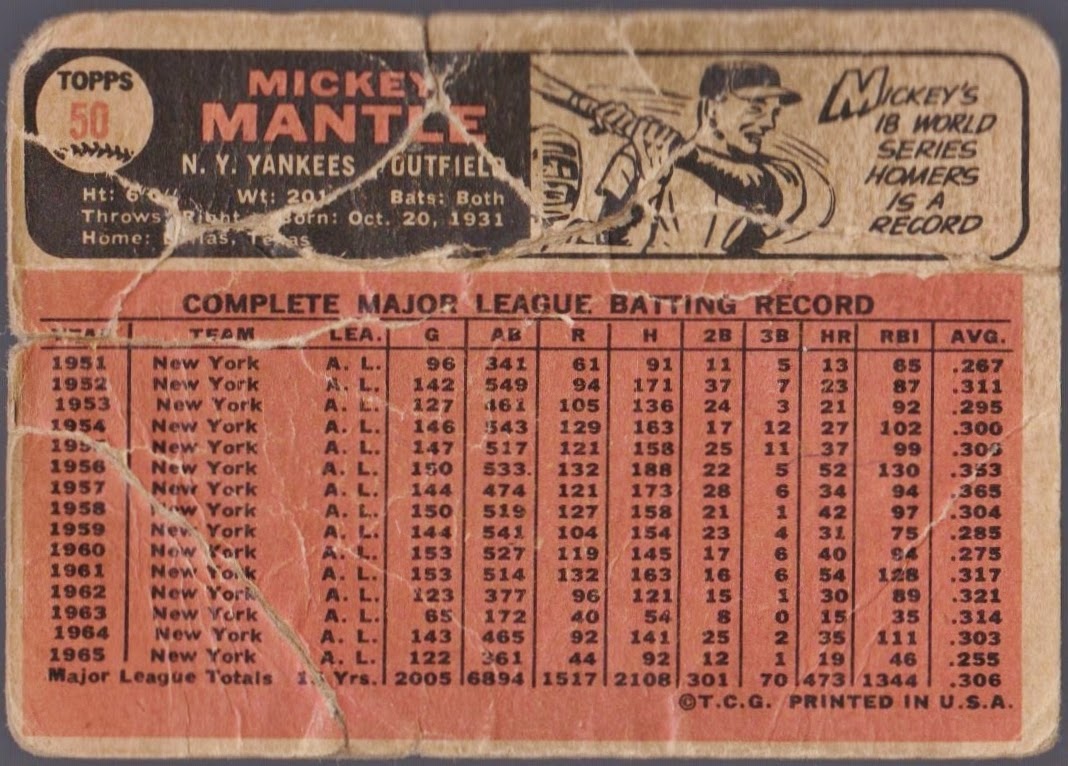 Posted by ToppsBawlyn87 at 2:09 AM No comments: