It's a sad day in the baseball world with the recent passing of Ernie Banks yesterday.  He was already a legend, having just been inducted into the Hall of Fame, the year I was born.  I remember staring in awe at my first Ernie Banks card a few years ago when I acquired his 1971 Topps card--his last one.  It felt like I had finally made it in the baseball card hobby when I could say that I was collecting players like Ernie Banks. 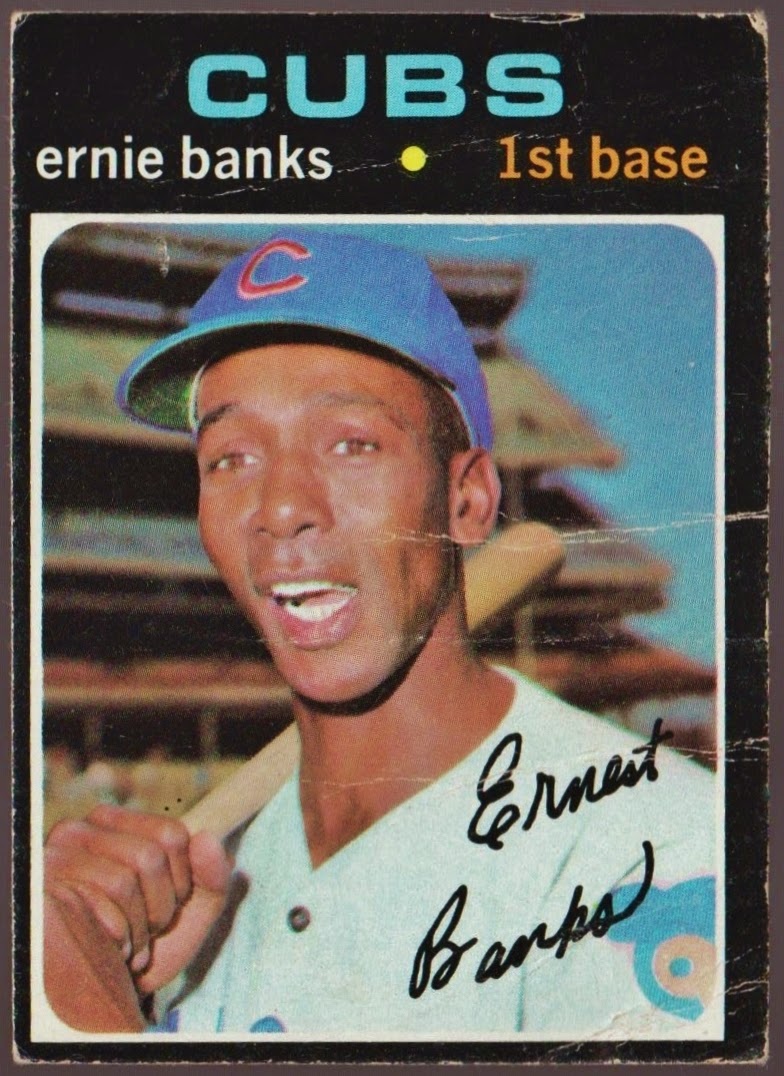 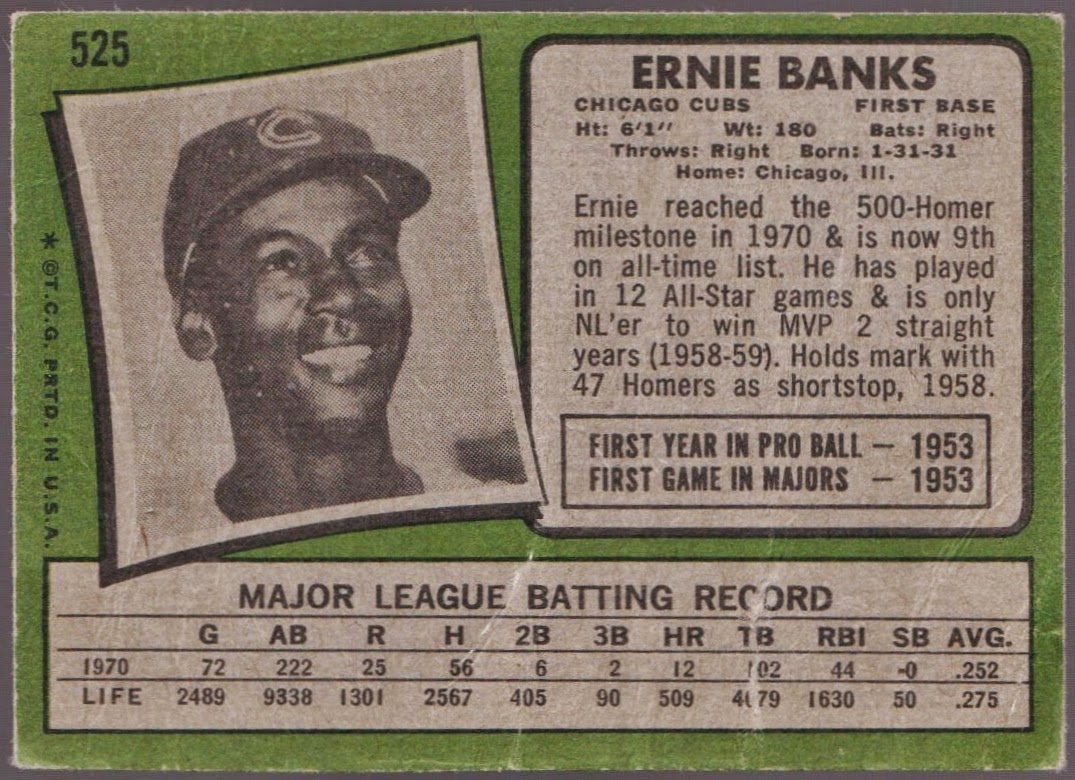 His positive attitude towards the game of baseball is what really made him stand out among his peers.  Although I never had the opportunity to watch him play, I did get to see his positive energy and well-spoken mannerisms during Banks' appearances on the original Home Run Derby show that came out in 1960. 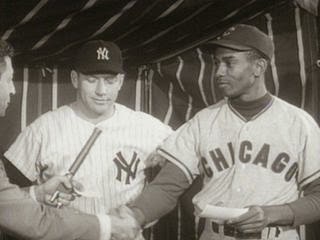 Here's Ernie Banks' Topps card from 1960 along with a few of his teammates.  I've been slowly compiling this set from an initial 100-card lot purchase that has now grown to nearly 1/3 of the complete set. 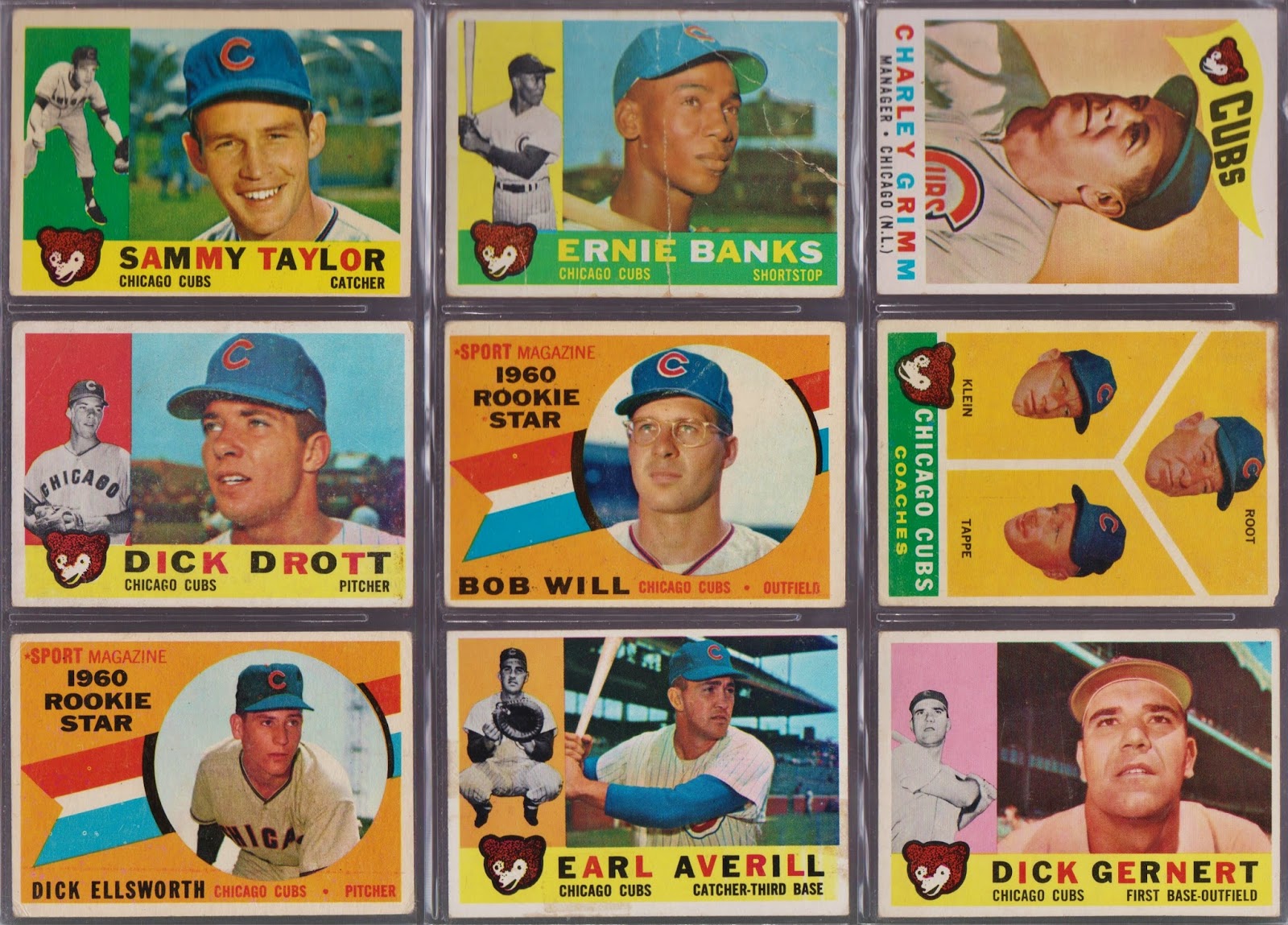 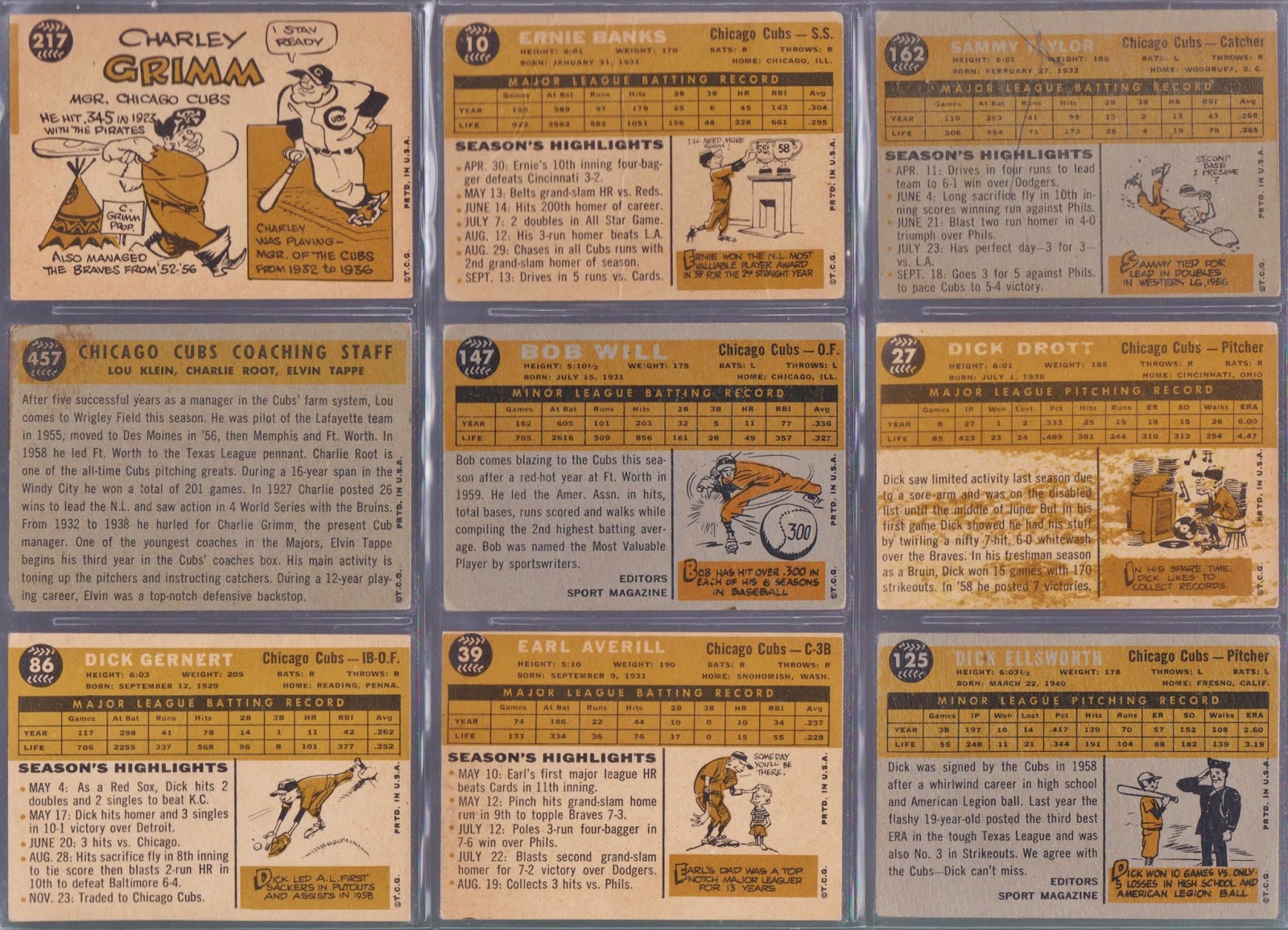 Since acquiring my first Banks card, many others have found their way into my collection, to include the rest of his '70s cards, most of his '60s cards, and even a couple of his '50s cards. 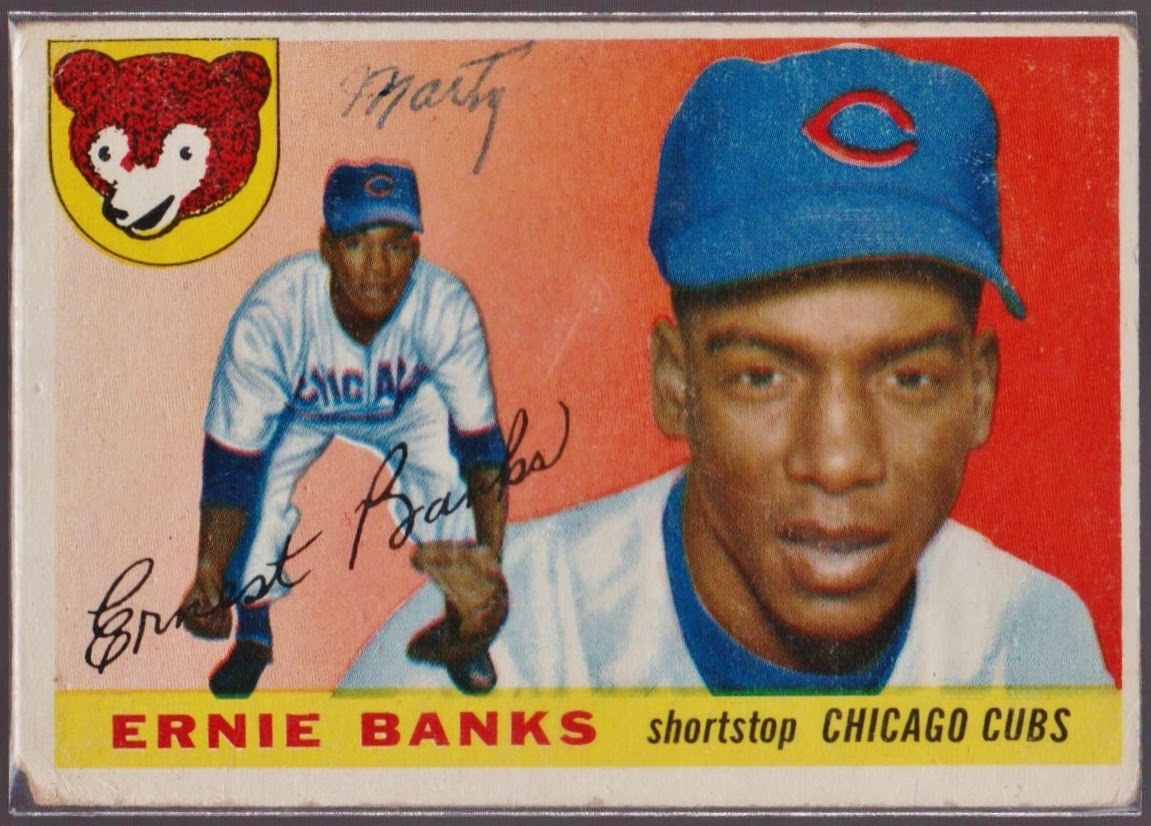 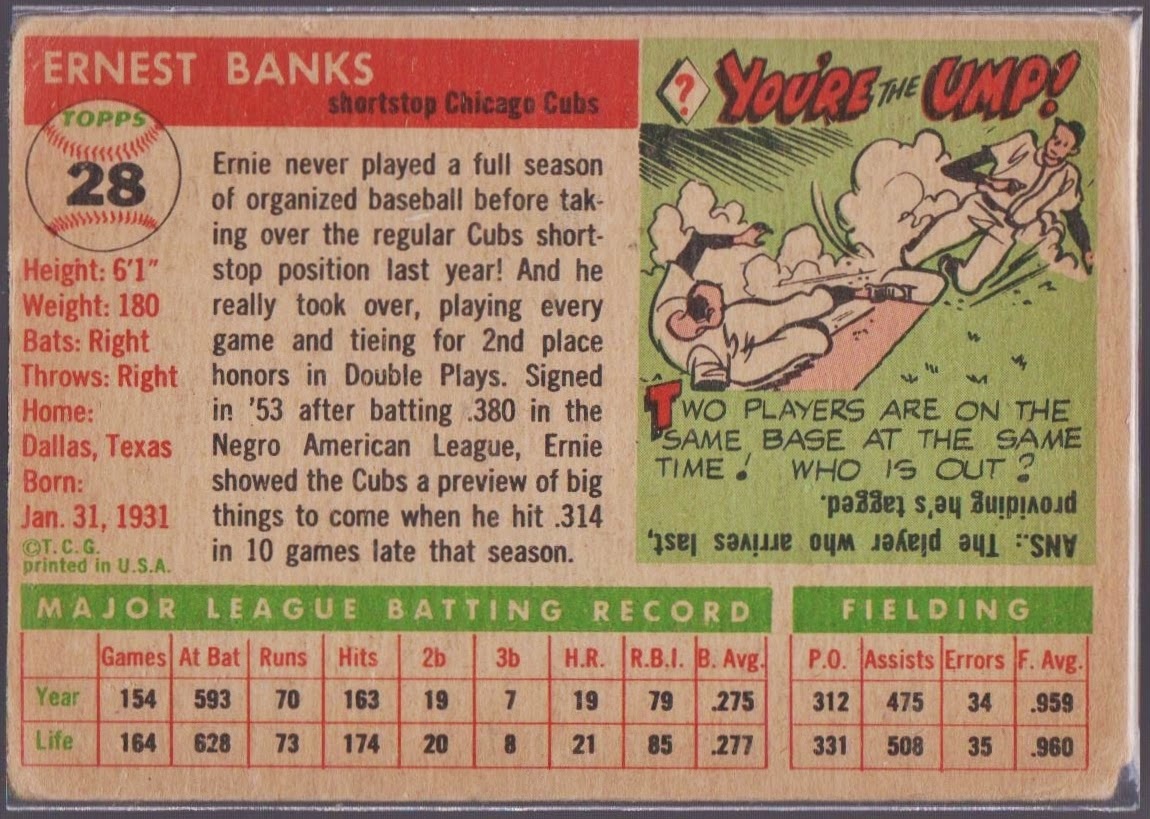 I'm sure we'll be hearing a lot more about Ernie Banks and his legacy throughout the 2015 season.
Posted by ToppsBawlyn87 at 11:28 PM

Email ThisBlogThis!Share to TwitterShare to FacebookShare to Pinterest
Labels: 1955, 1960, 1971