On December 8th, the results from the 16-person Golden Era Committee will be announced.  The committee will vote on a 10-person ballot for Hall of Fame election for players and other baseball personnel that have passed their eligibility for HOF election on the BBWAA ballot.  75% of the 16 votes are required for HOF election on the Golden Era Ballot.  Who will I be pulling for?  Jim Kaat, Tony Oliva, and Gil Hodges.  Here are all of the regular-issue Topps Hodges cards I have from his playing and managerial career that lasted between 1943-1971.  Hodges played for the Dodgers in Brooklyn and Los Angeles from 1943-1961.﻿ 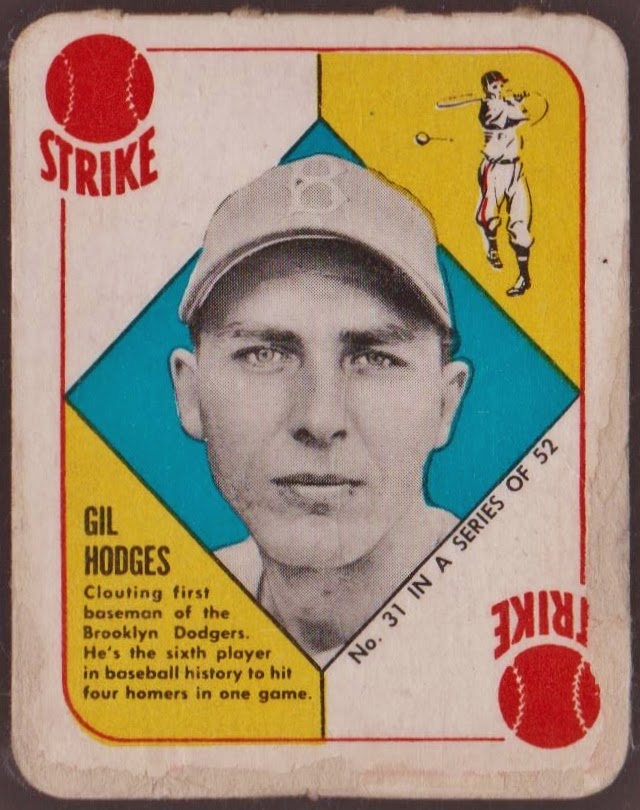 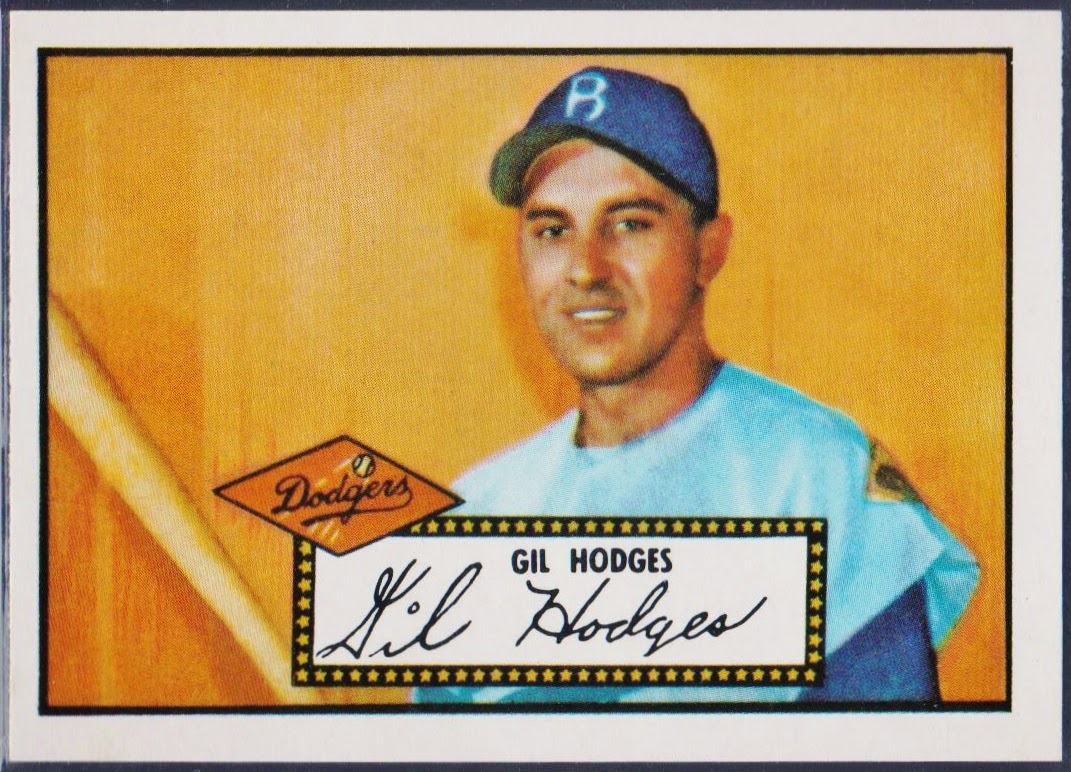 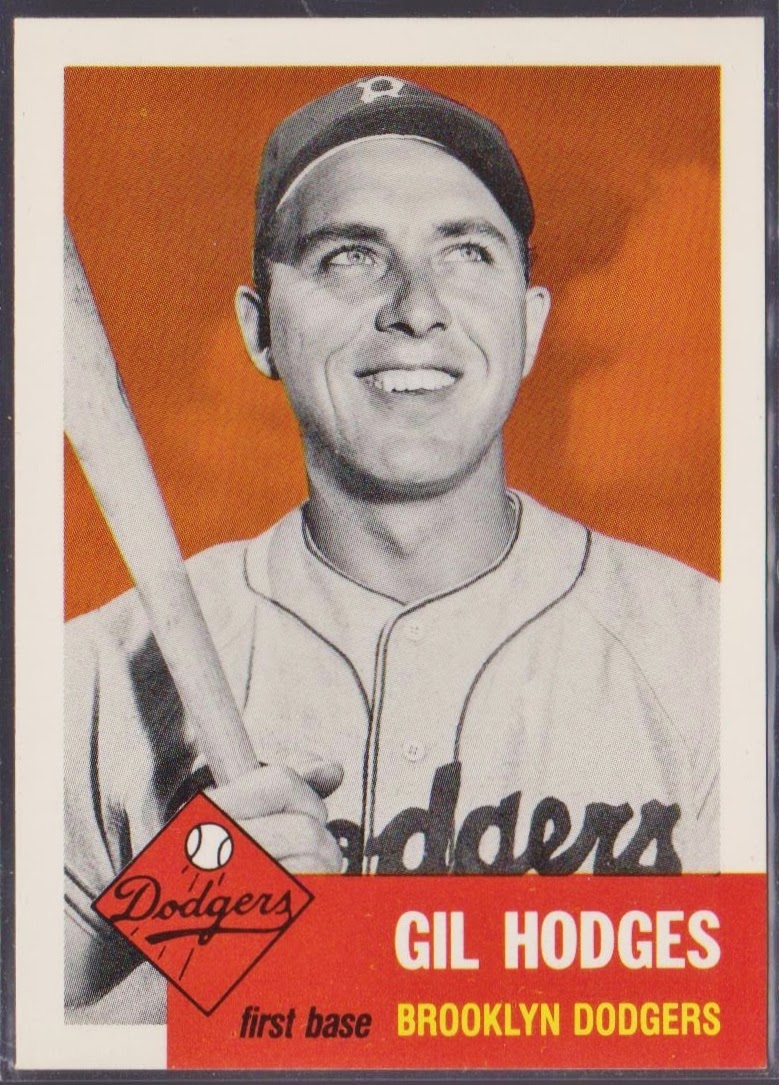 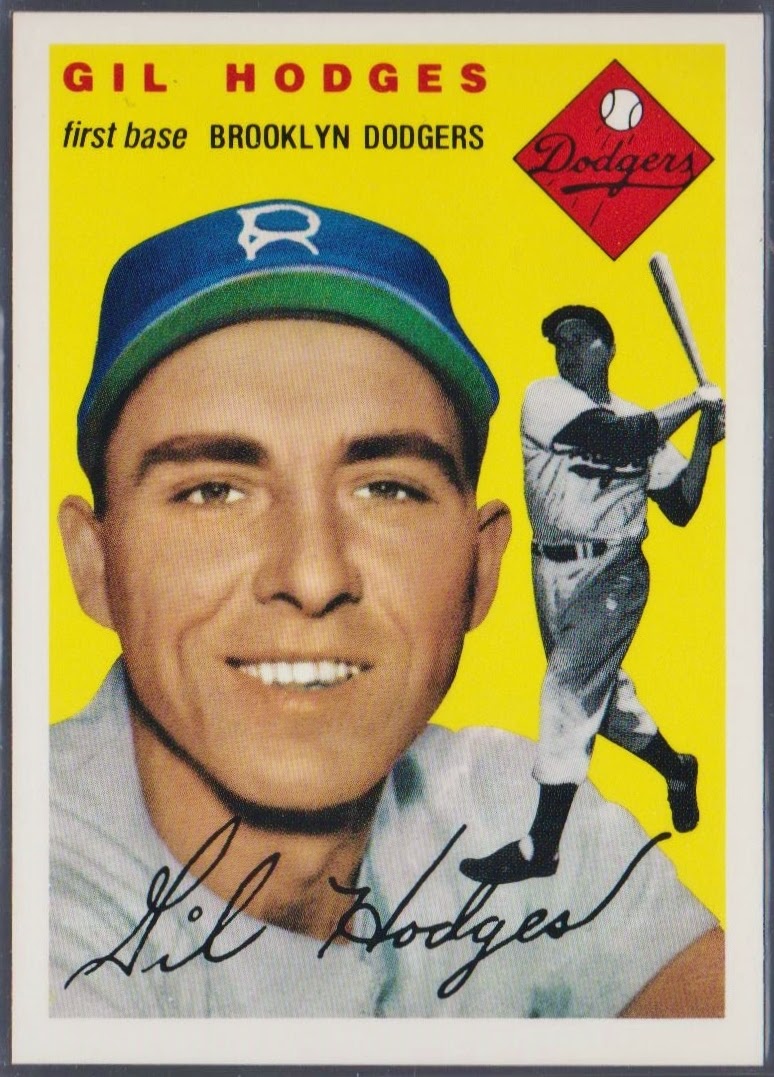 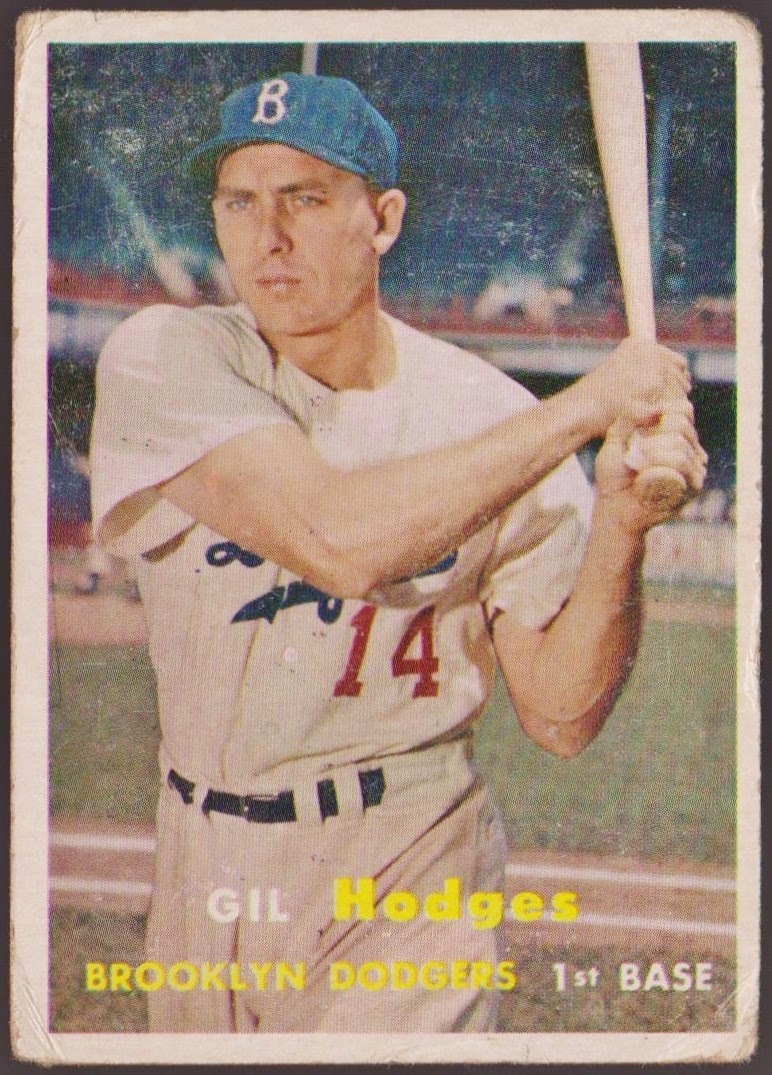 1962 Topps- Hodges finished off his playing career for the Mets during the team's 1st two seasons as an expansion franchise between 1962-1963. 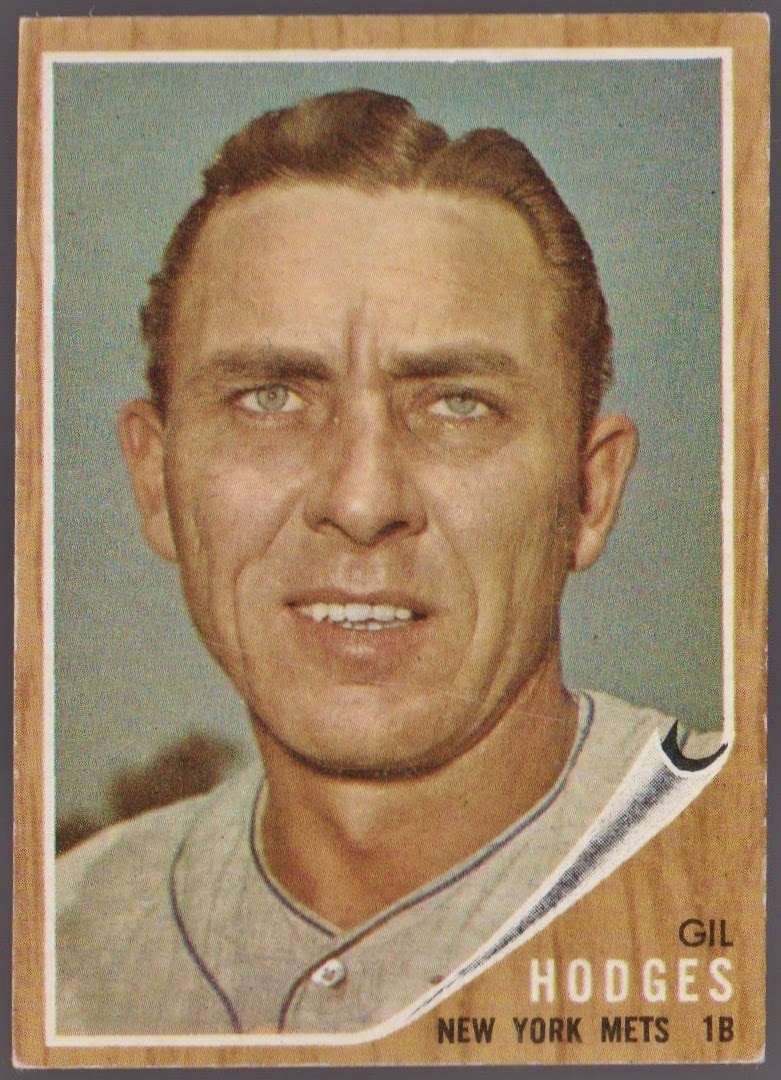 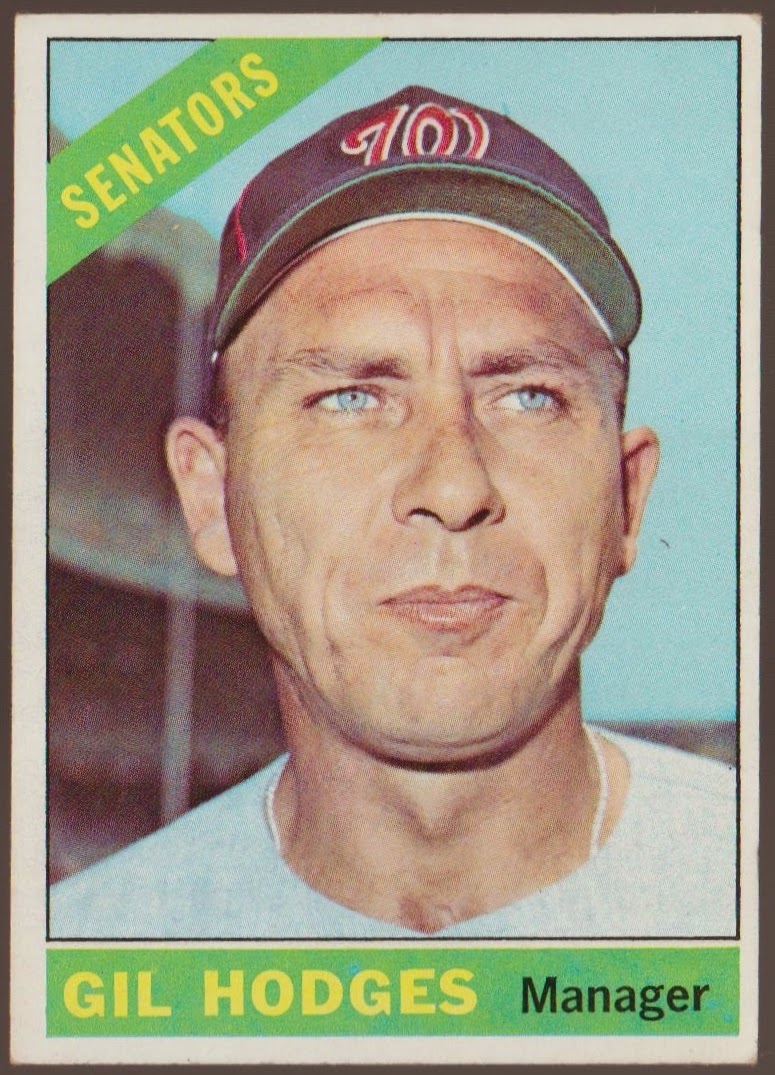 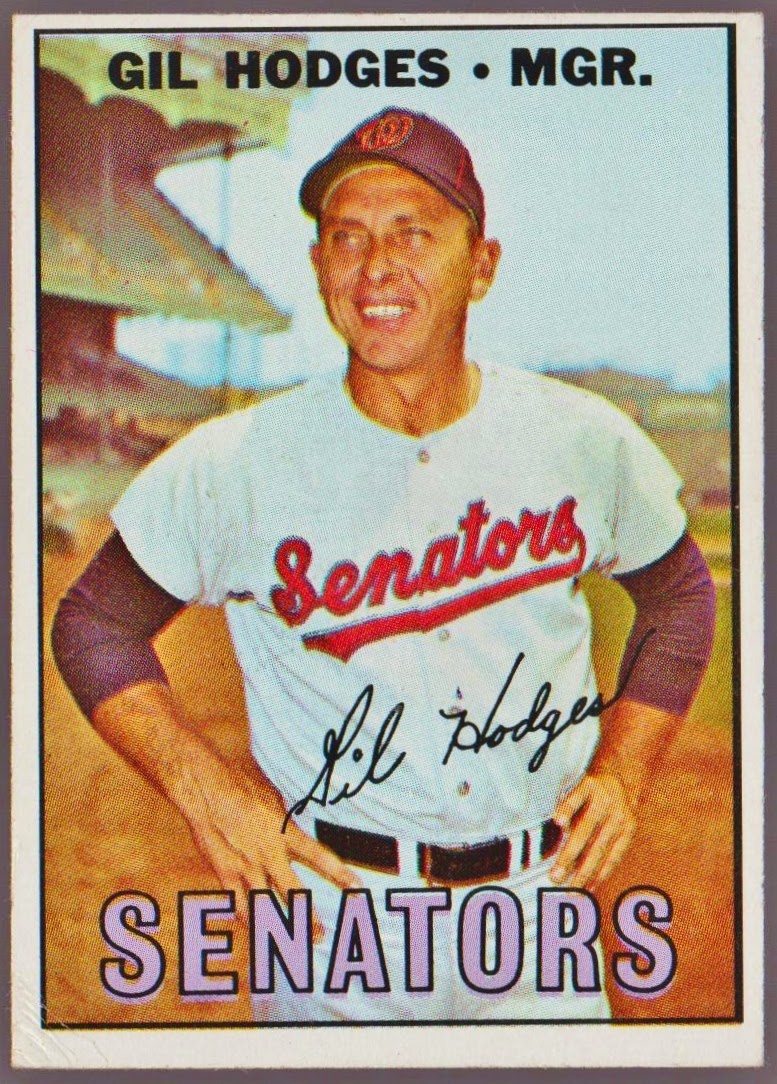 1968 Topps- Hodges finished off his managerial career managing the Mets between 1968-1971. 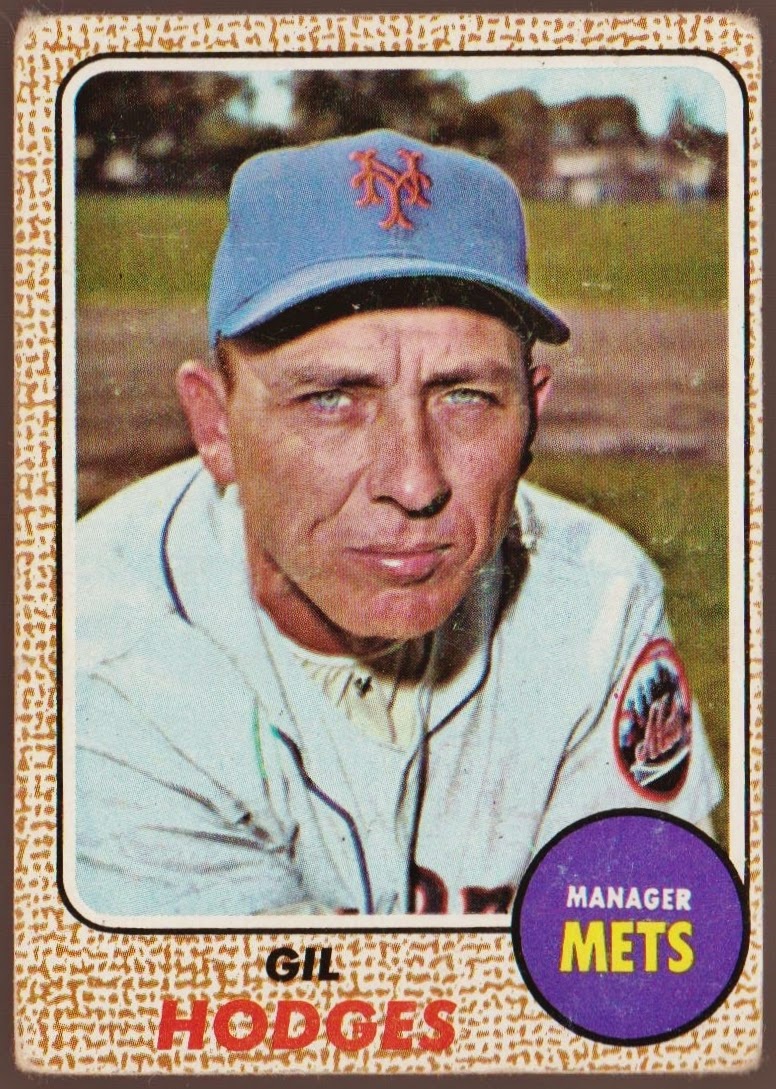 1969 Topps (1989 Topps "Turn Back the Clock") I'm still looking for a decently priced '69T Hodges card, representing the year he took the start-up Mets all the way to a World Series championship. 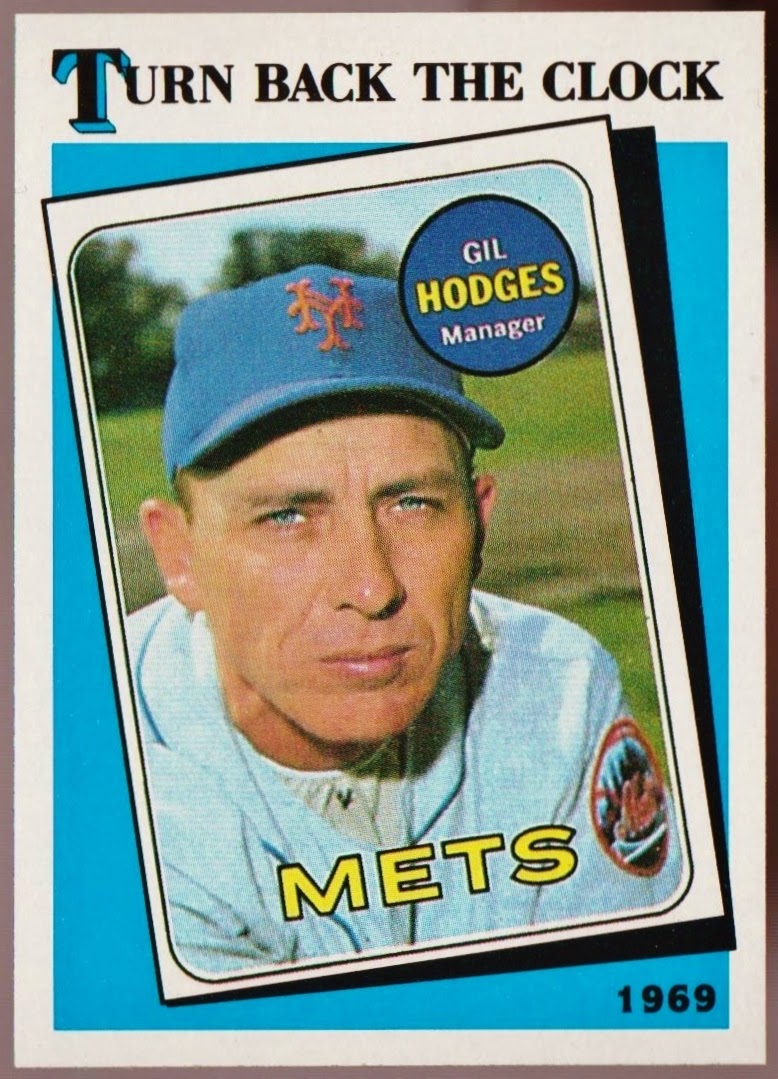 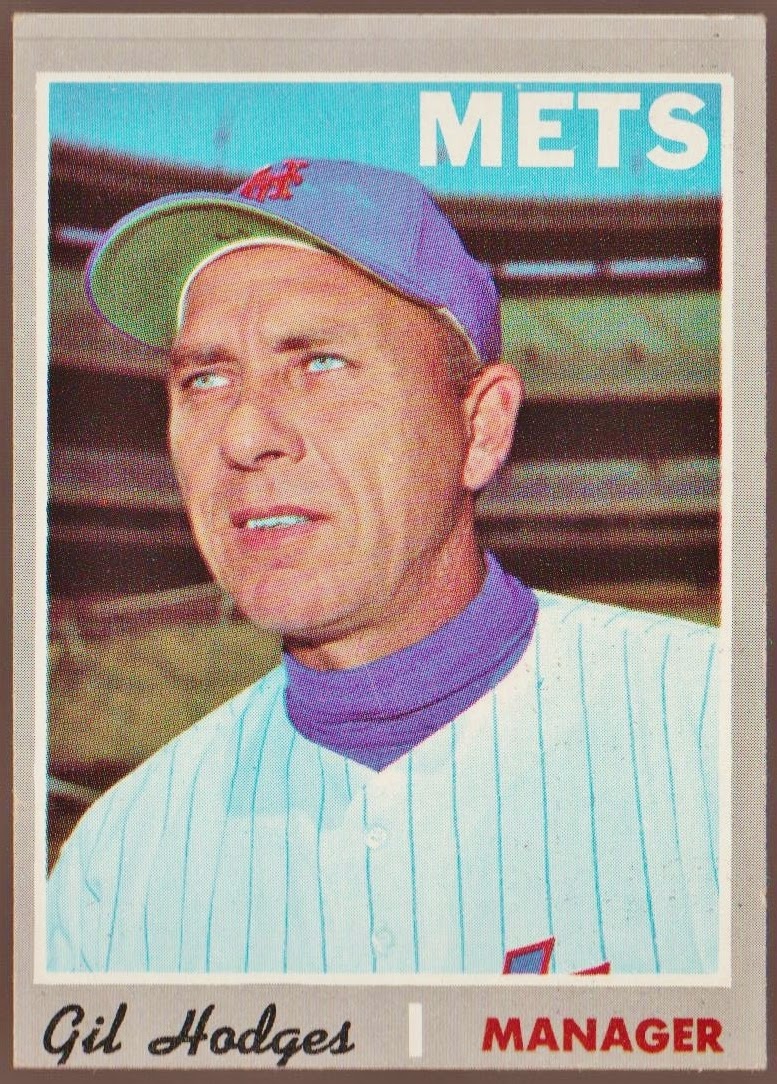 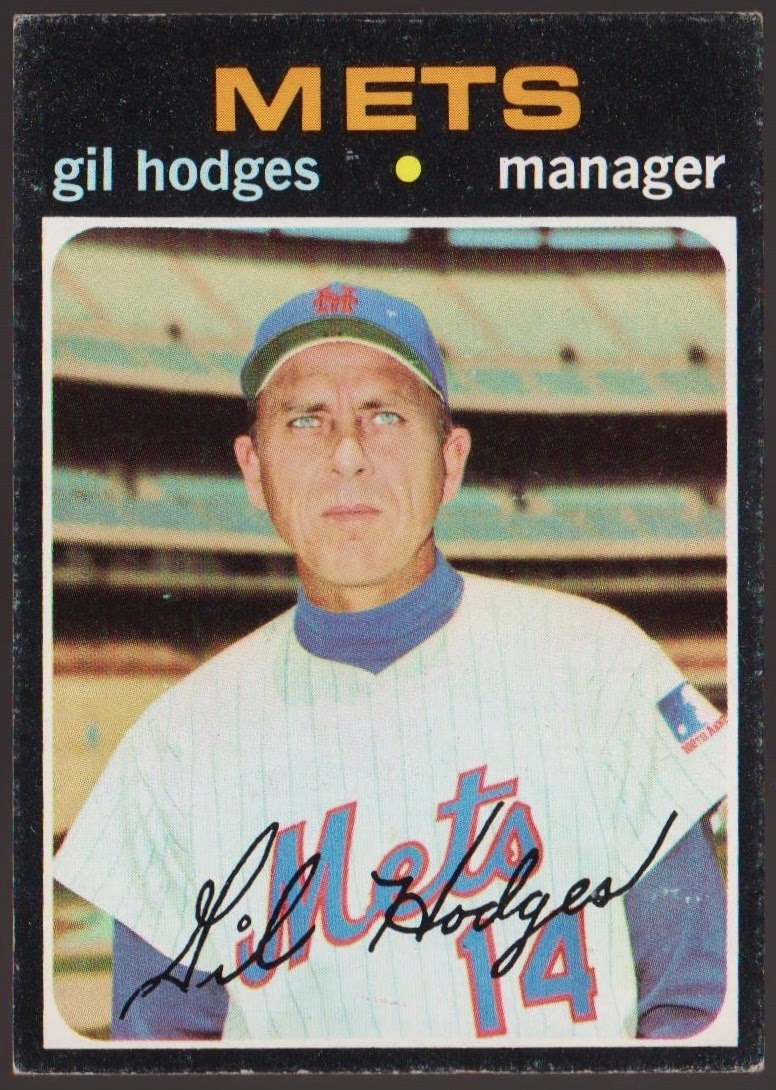 1972 Topps-  Hodges' final regular-issue Topps card was 1972, although he did not manage during that year.  Apparently, the off-centering to the left issue was common for this card, but I was able to find a nicely centered version for an upgrade (on the way). 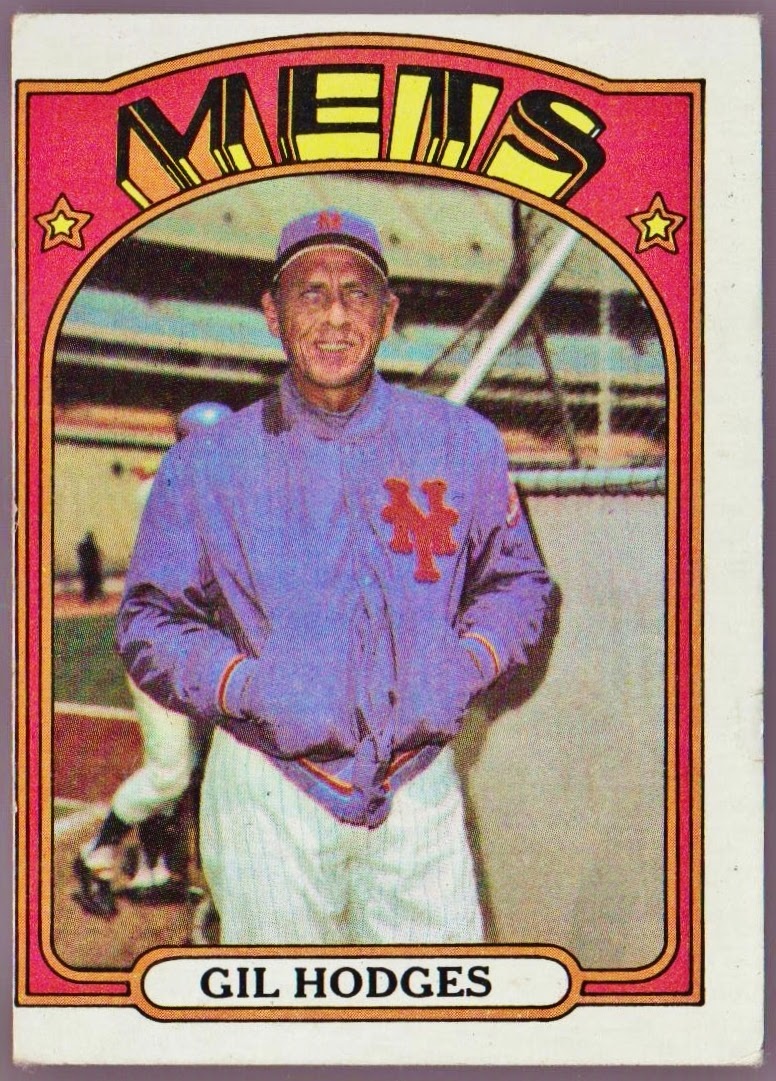