One of the first big trades to beat the non-waiver deadline yesterday was the surprise move of Yoenis Cespedes to Boston.  After winning two consecutive HR derby titles and making an outstanding throw from from the outfield to get out runner, Howie Kendrick of the Angels, at homeplate earlier this season, Cespedes will now be in a Red Sox uniform. 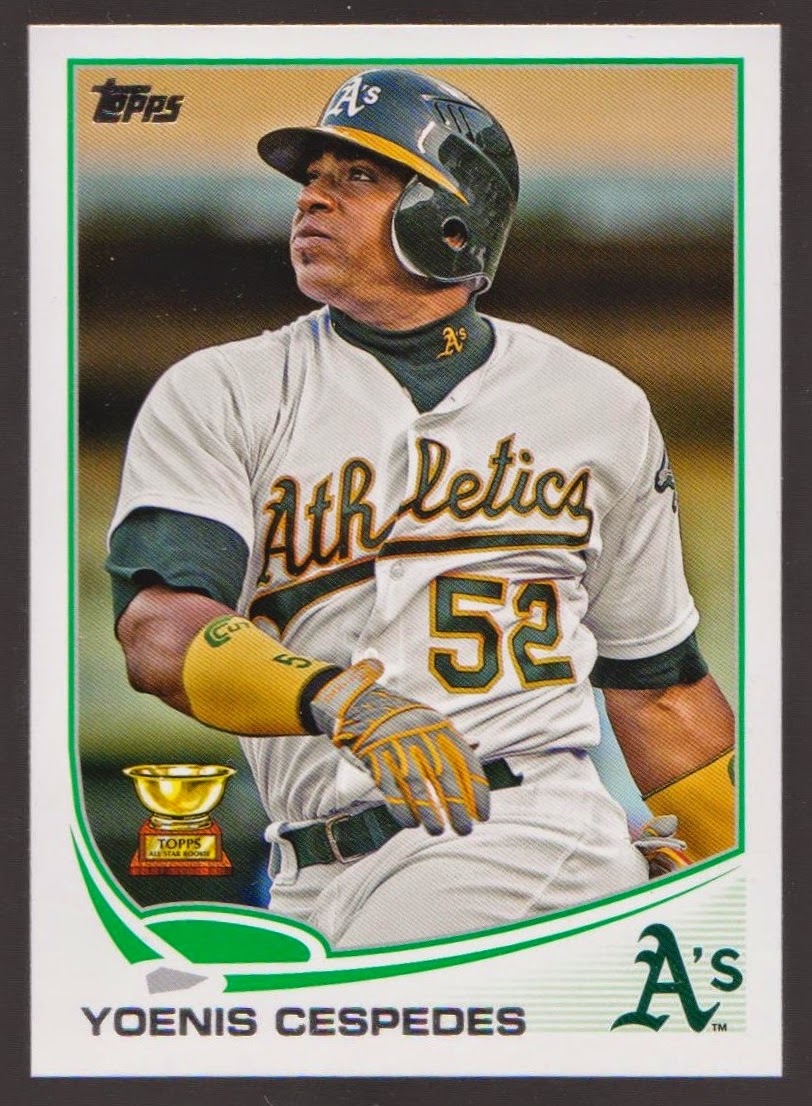 Cespedes was a runner-up in A.L. Rookie of the Year voting for 2012, making his first All-Star appearance this season.  He brings the Red Sox a 3-season average of 22 HR's, 24 Doubles, and an OPS of .788 according to current statistics on Baseball-Reference.  He currently leads the league in Assists as an OF. 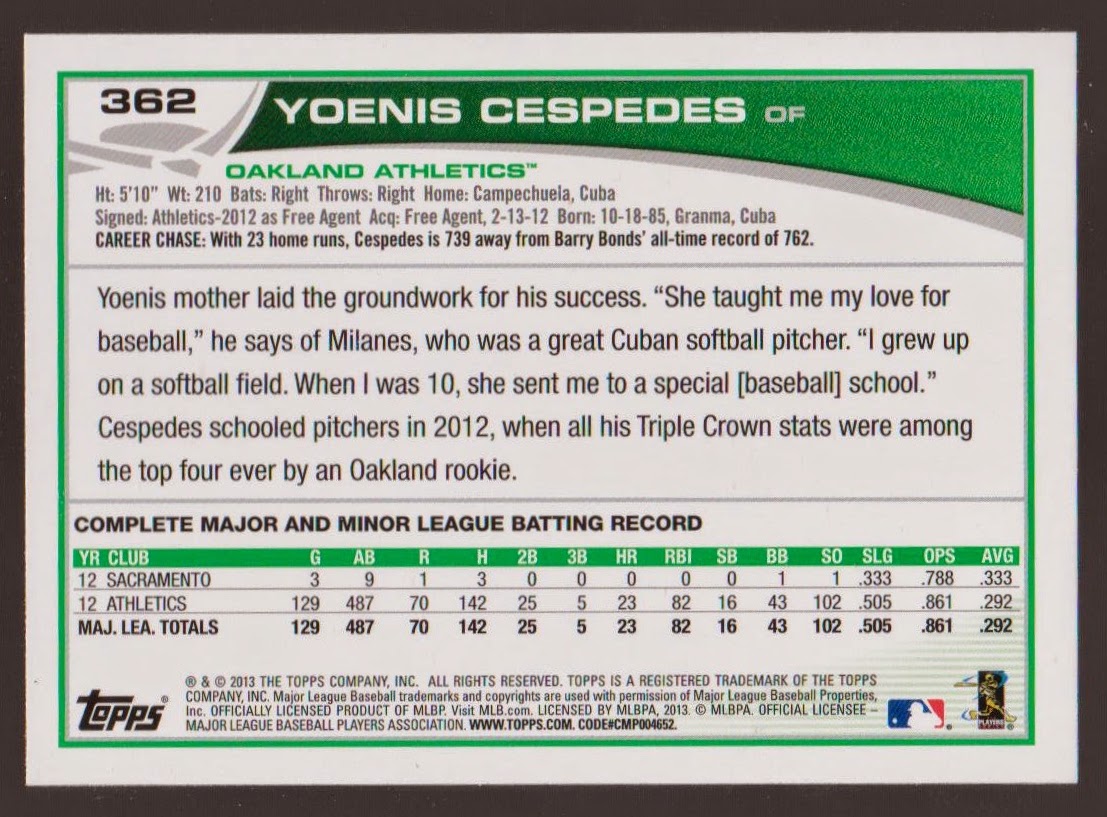 In return, the Athletics aquired Jon Lester and Jonny Gomes.  Lester is a 3-time All-Star that's averaged over 200 innings per season since he began pitching regularly during his third season as a Boston Starter in 2008. 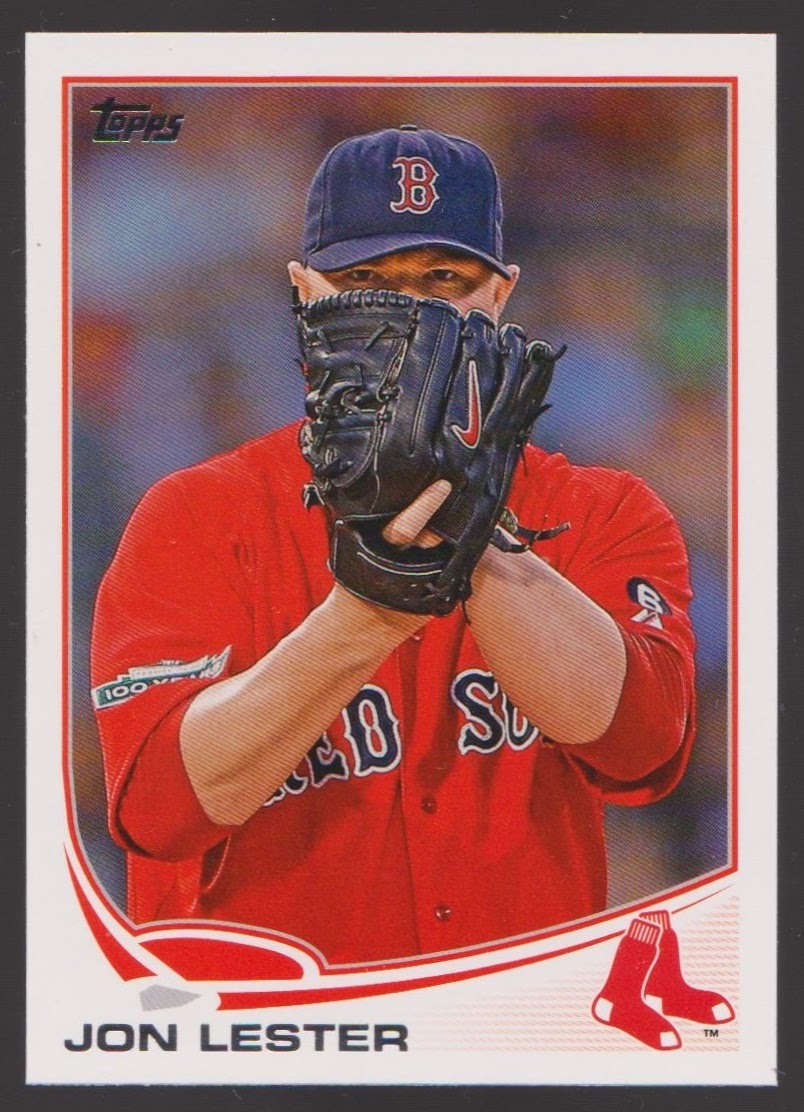 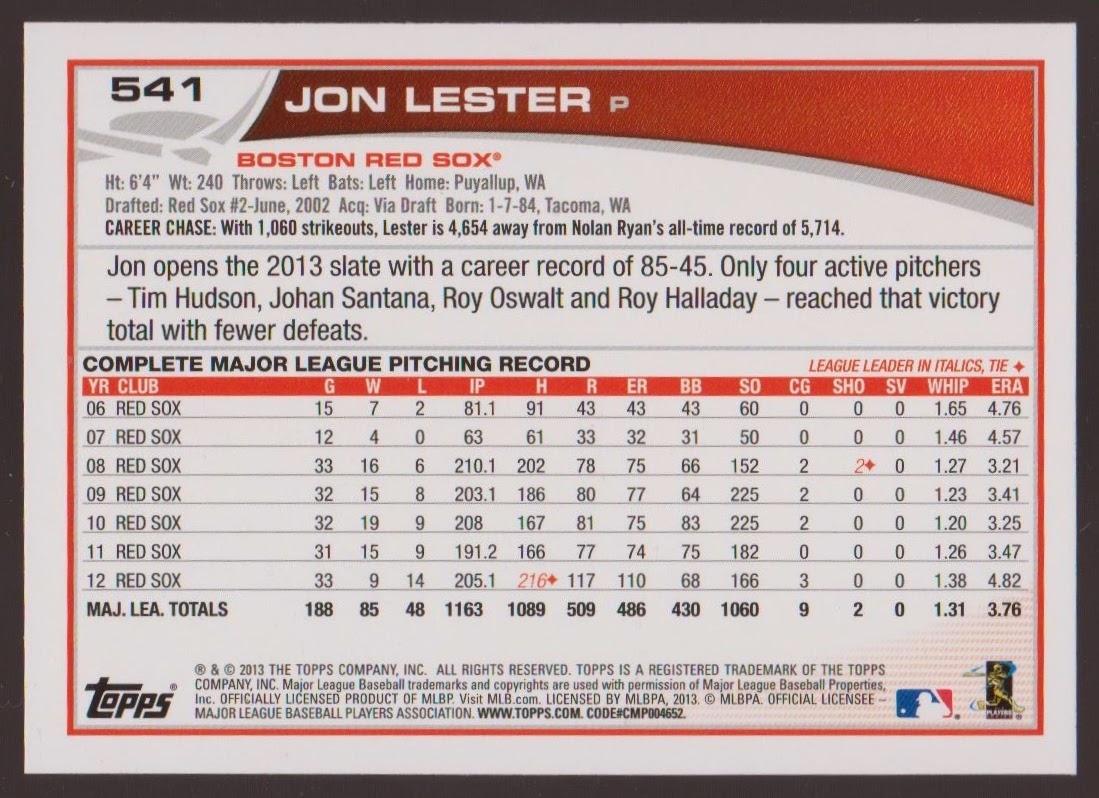 ...Gomes is a former Athletics player that's originally from California.  He brings 3 years of postseason experience to an Oakland ballclub that is primed for a 2014 postseason appearance as a team with the current best record in baseball. 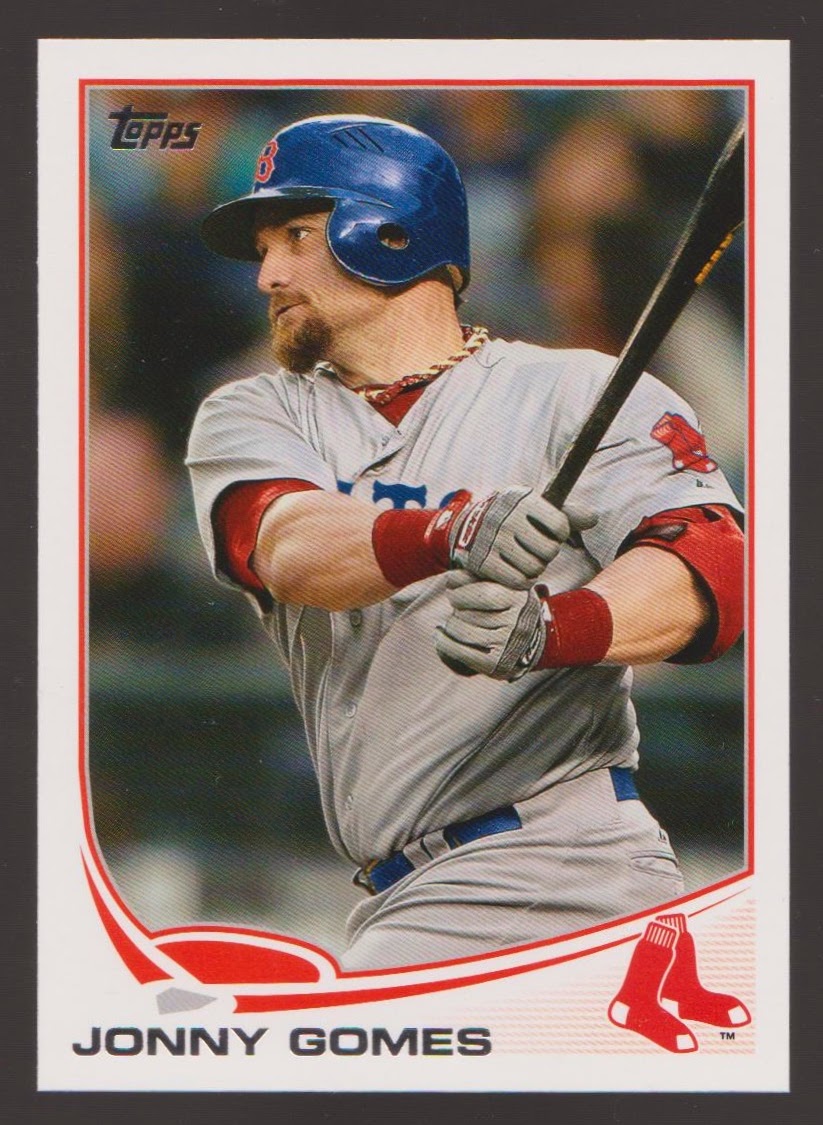 Gomes currently has a career OPS of .781. 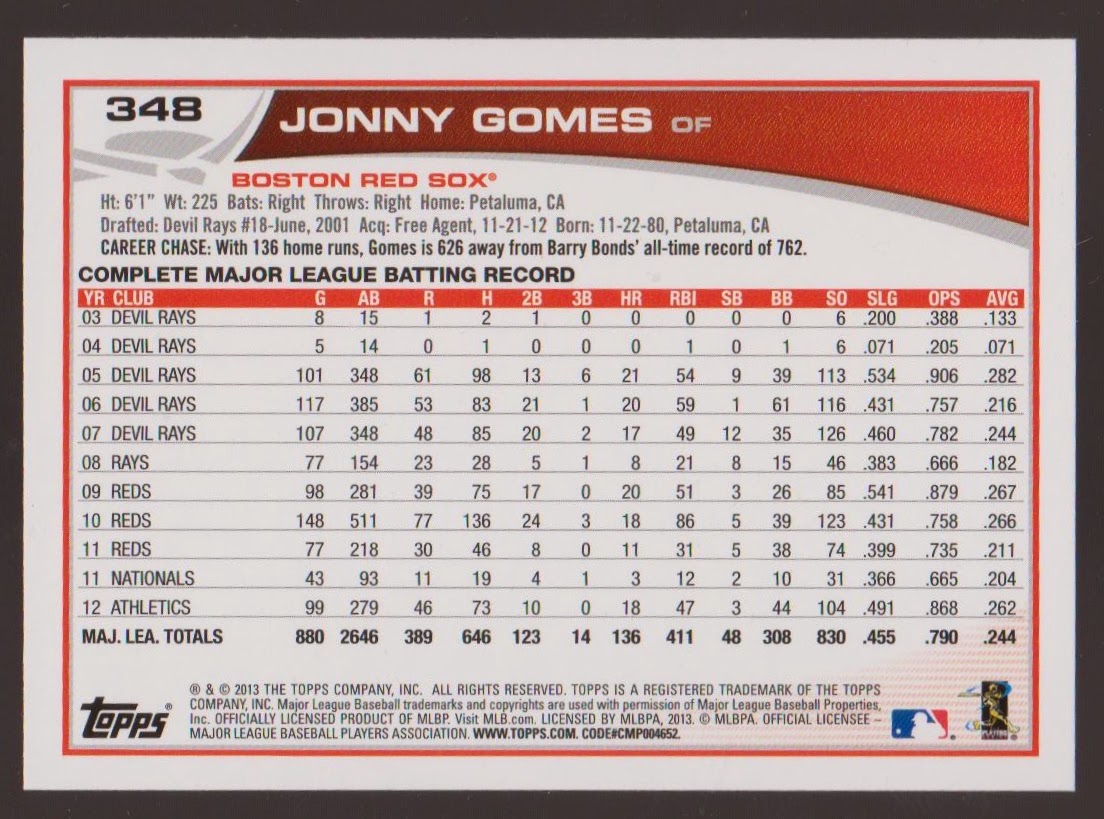 Email ThisBlogThis!Share to TwitterShare to FacebookShare to Pinterest
Labels: 2013