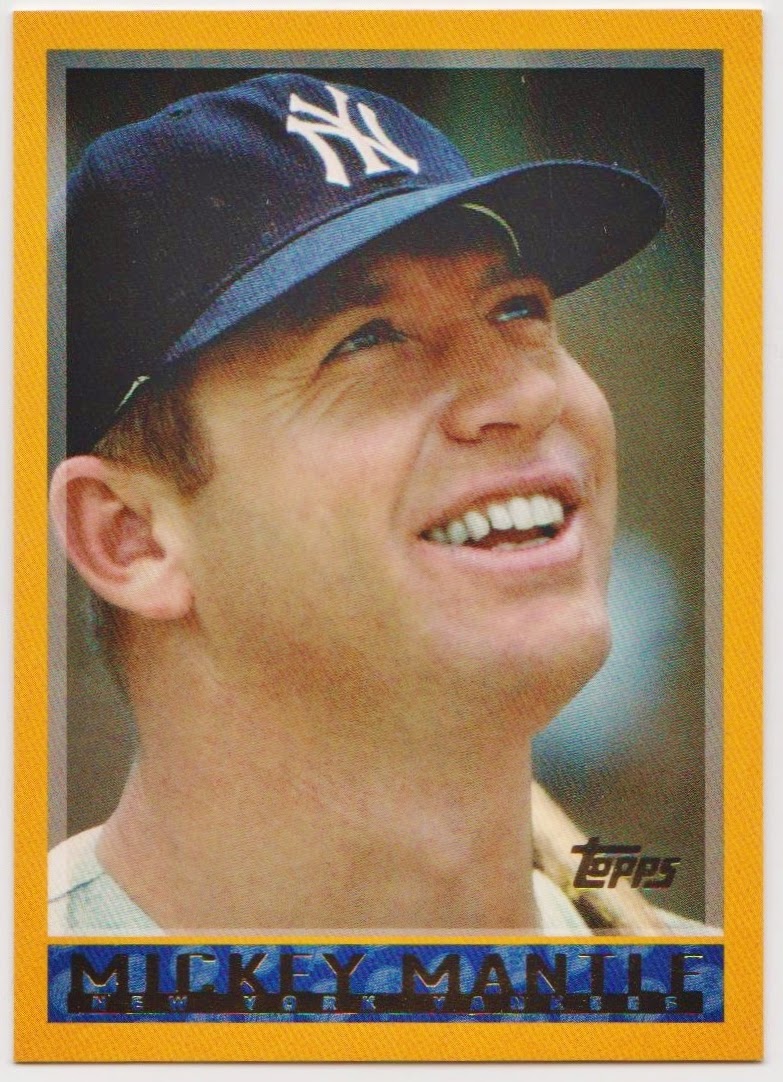 The missing #7 cards probably led to the beginning of my set organizations by team, which then evolved into organization by team performance and players.  Extra cards first went to the front of my binder, and eventually to the back, where additional bonus cards could be easily added in the future.  The missing #7 cards also probably led to my temporary lapse in modern card collecting between 2007-2012, in which I focused solely on vintage card collecting.  My temporary lapse in modern card collecting was also encouraged by the onset of numerous variation cards ('99T McGwire/Sosa HR's, '00T Magic Moments, '02T Bonds HR's, Factory Bonus Sets, etc.), scarcity of Traded Sets ('01-'04), and probably significantly, the missing 2006 Topps card #297 Alex Gordon.  Just when Topps returned card #7 to their sets, they pull a stunt like introducing a card that either is, or is not part of the "complete" set--but it exists. 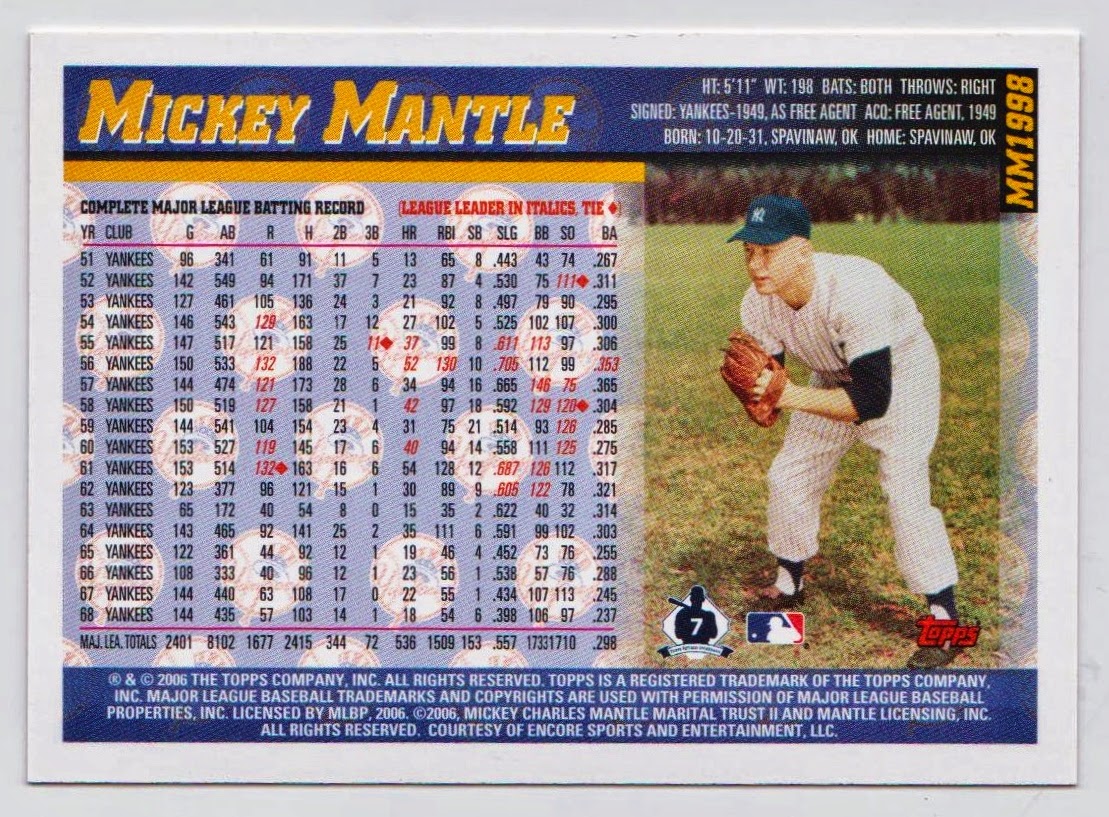 I have since recovered from the disappointment of all of these modern sales gimmicks (and Topps has again removed card #7 from their sets), but for the missing #7's from between 1997-2005, at least, there is an affordable answer.  The 2006 Topps Mantle Collection consists of 10 cards numbered from #MM1996-#MM2005, or at least from what I am aware.  I currently only have two of these, but intend to obtain them all eventually to integrate into my base sets.  I probably chose the worst one to start with since the border of #MM1998 does not quite match the border of the rest of the '98T set, but the rest of the '06T Mantle Collection cards seem to match their respective sets very well.     ﻿ 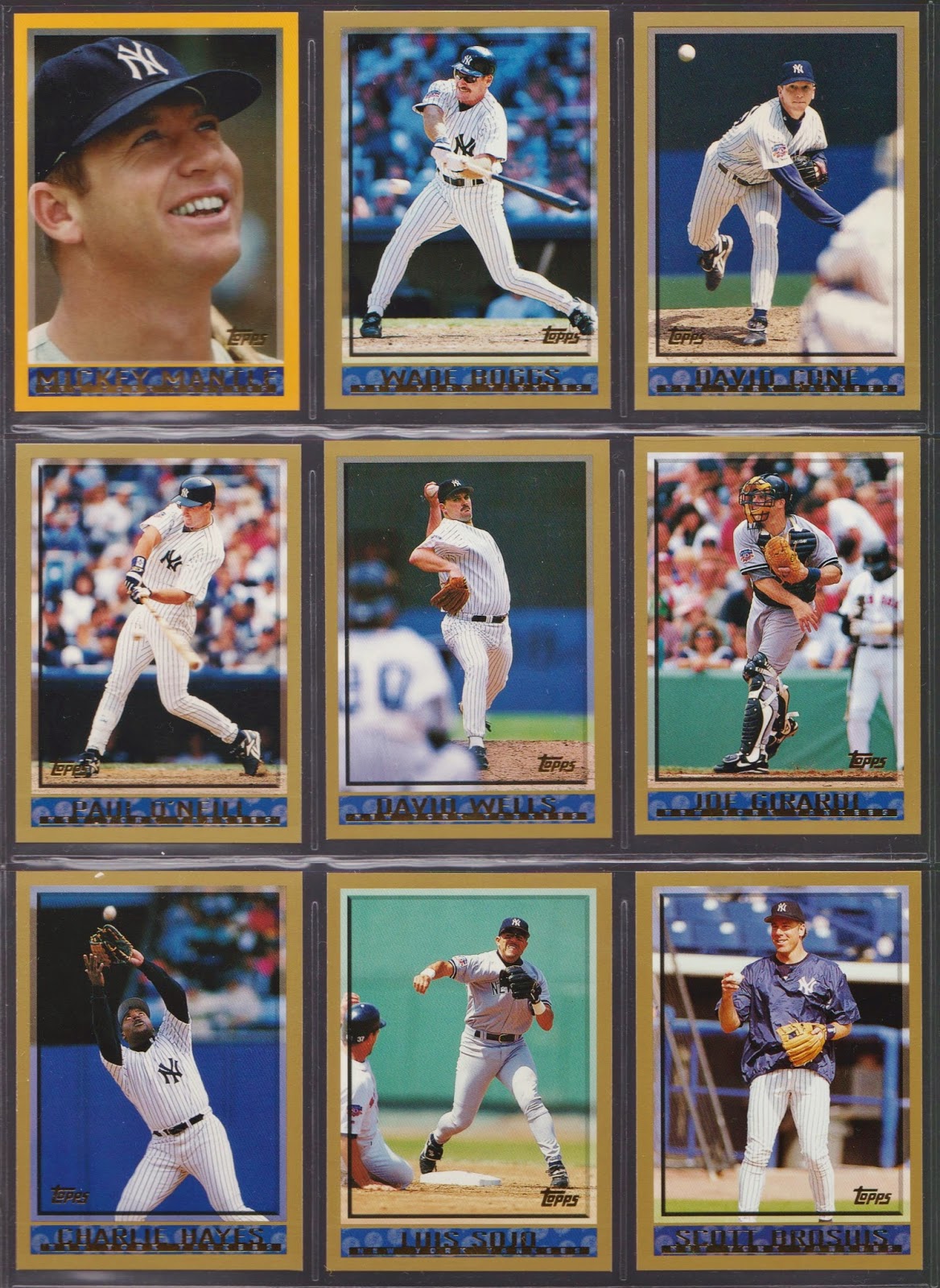 Now, comes the issue of where to place the #7 Mantle card.  From about 1995, Topps began manufacturing veteran-type player cards beginning with Babe Ruth, and then M.Mantle '96, J.Robinson '97, R.Clemente '98, N.Ryan '99, H.Aaron '00, etc.  Originally, I included these long retired veterans at the front of their respective team sets; then I moved them to the back of my binders with the rest of the extra cards (they're not current players!).  Now, I'm considering moving them back into the front of their respective team sets as shown in the first page of my '98T set binder for the 1998 World Champion New York Yankees.  There are two reasons for this: stats on the back of each card like they were still playing and recent veteran variation factory bonus cards. 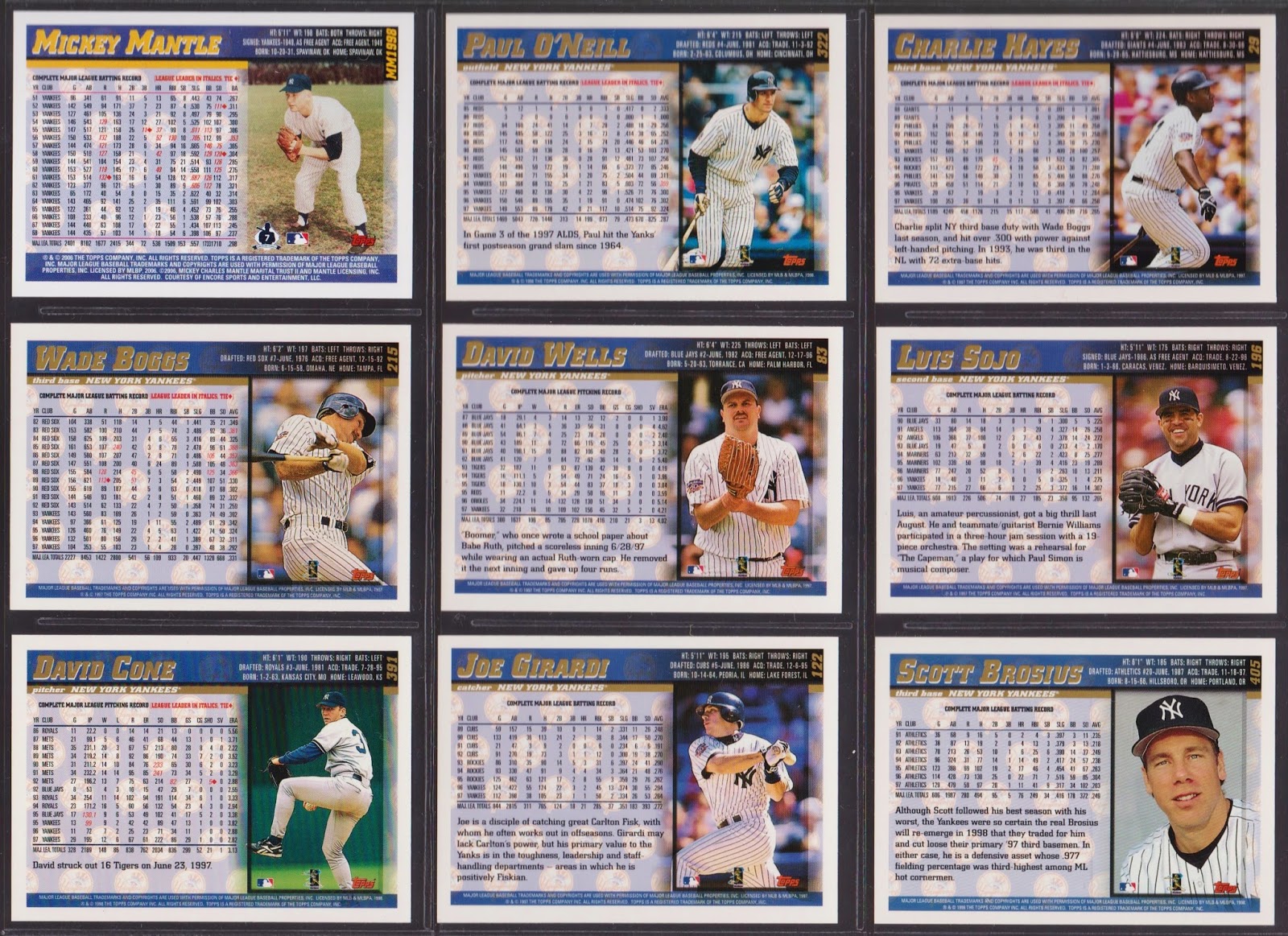 ﻿This is all just part of the fun of collecting baseball cards these days.
Posted by RoundtheDiamond87 at 11:17 AM

Email ThisBlogThis!Share to TwitterShare to FacebookShare to Pinterest
Labels: 2006