Saul Rogovin was one of five player cards not authorized to be reproduced in the 1983 Topps '52 reprint set.  I previously posted about #196 Solly Hemus, and have since acquired #20 Billy Loes.  That leaves two more holes in my '52T set: #22 D.Dimaggio and #289 Tommy Holmes.  ﻿ 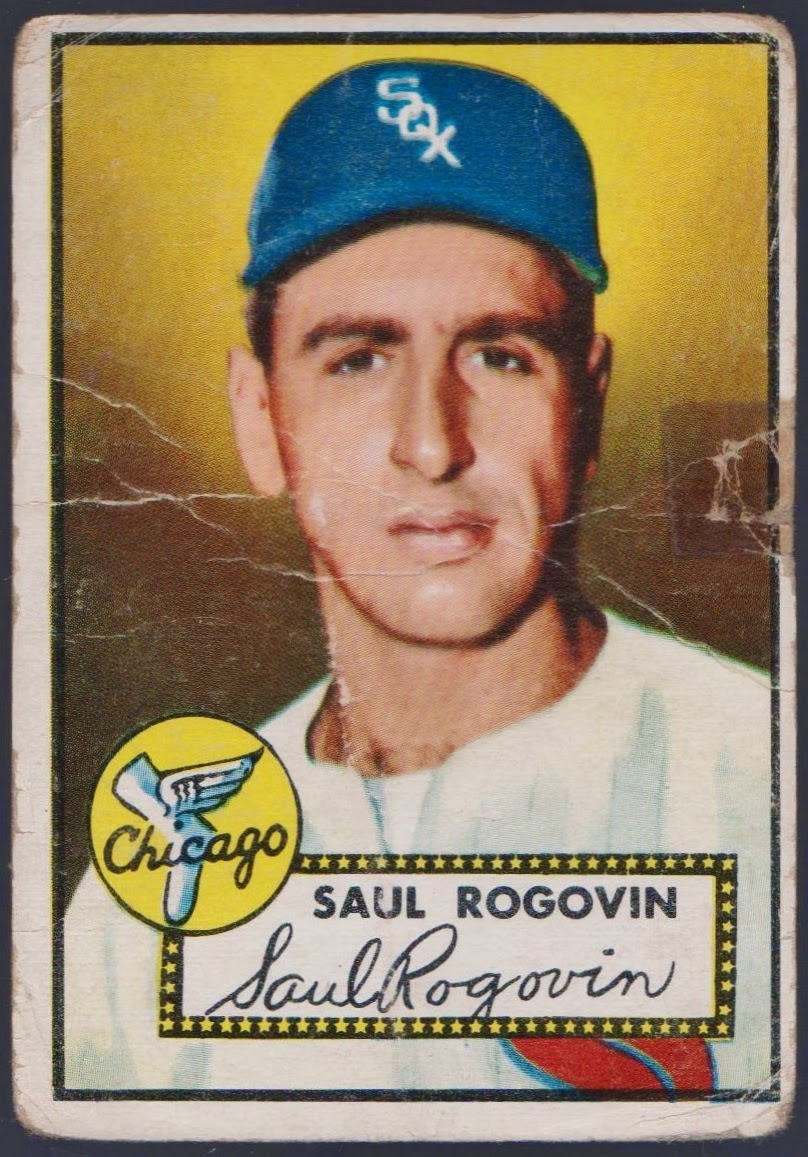 Saul Rogovin played 8 seasons in the majors between 1949-1957 for four different teams.  In 1952, Rogovin was coming off a league leading 2.78 ERA season, and his first full year with the White Sox.  1951 and 1952 were probably Rogovin's best career seasons, ranking top 10 in the league in Wins, ERA, Strikeouts, Shutouts, Innings Pitched, and Complete Games in either one or both of those years.  He was traded away from the White Sox after the '53 season. 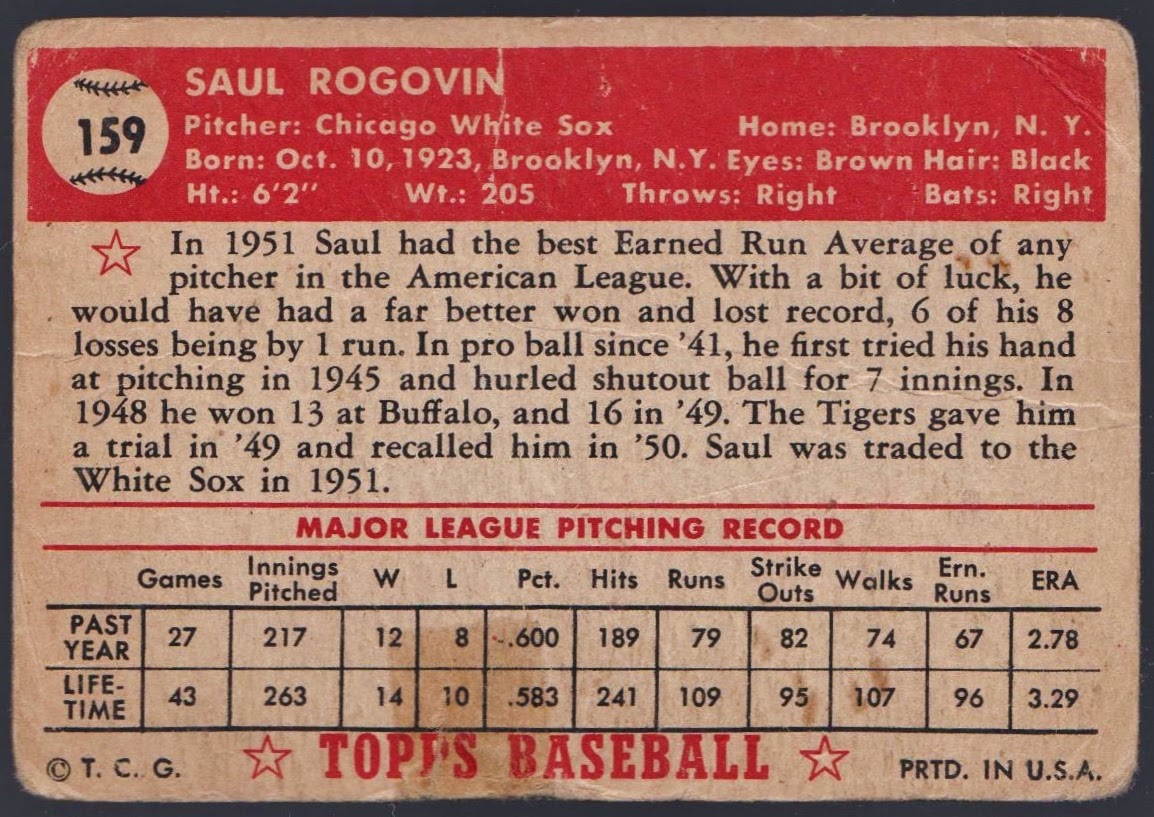 With only a few original '52T cards in my collection, it is noticeable when 5 of them are part of the same team as in this case.  I continue to integrate originals into my reprint sets as they are acquired.  I really enjoy this method of collecting vintage cards because it relieves the pressure of having to "power through" trying to obtain cards faster than my budget would allow.  All of the cards are here; just some of them are reprints (most of them actually).  I've done this with my '53T and '54T sets as well, but with a much higher percentage of originals.  I do wish that more of the '50s sets were reprinted, since they are so difficult to obtain.  I have a box of these extra reprint cards from '52, '53, and '54 that I will probably list as a pick lot auction sometime.  Here's what my 1952 Topps White Sox team look like: 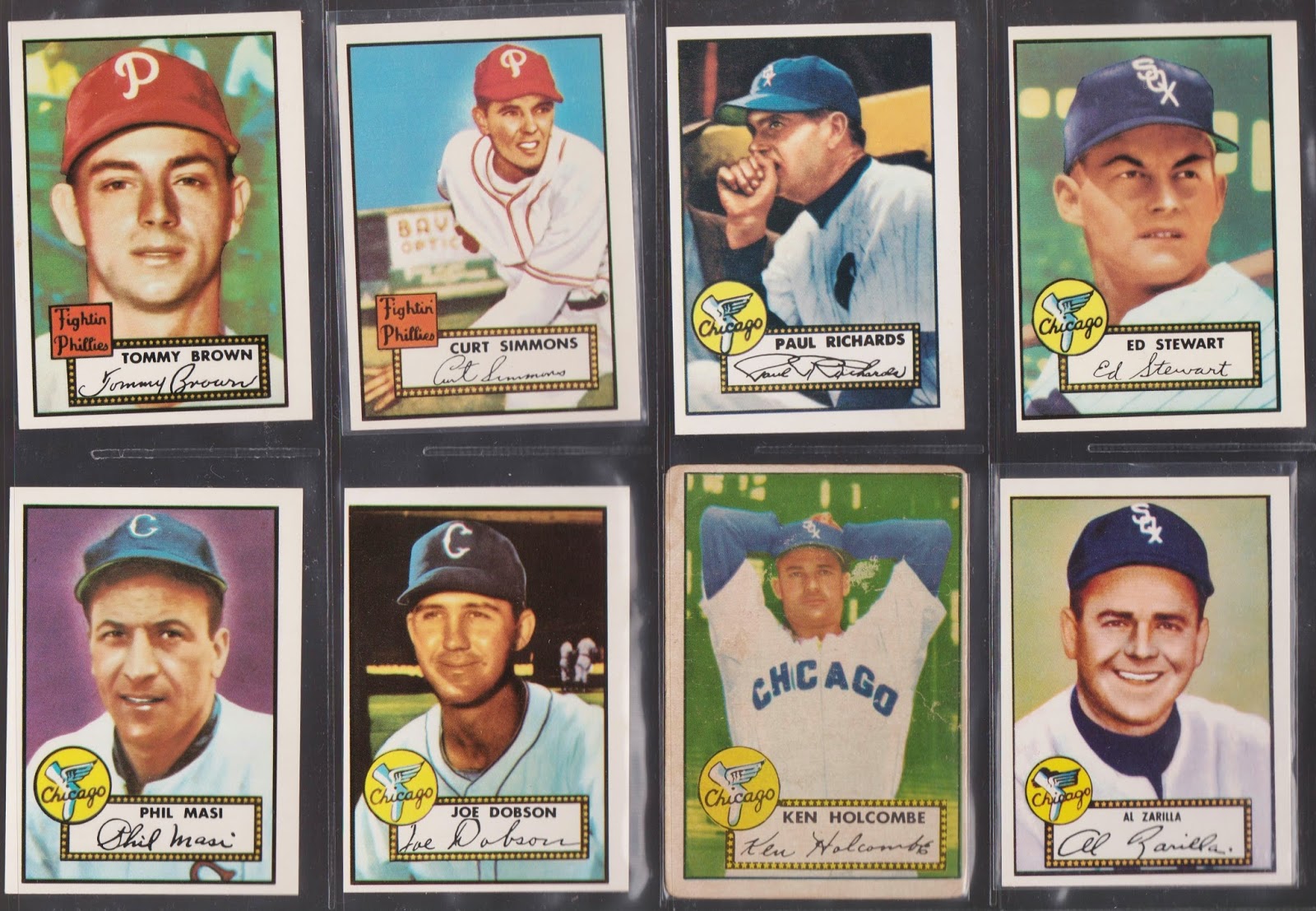 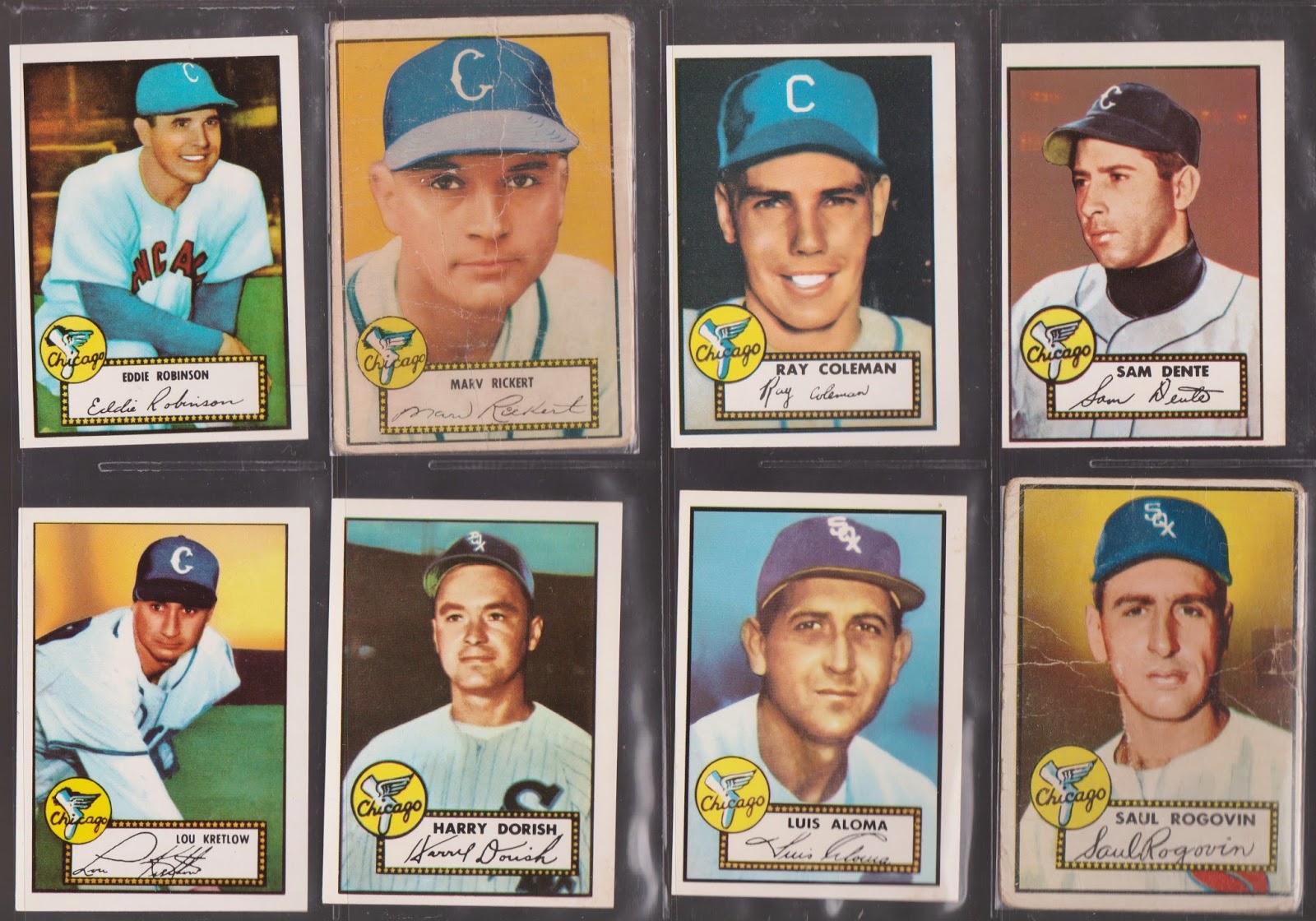 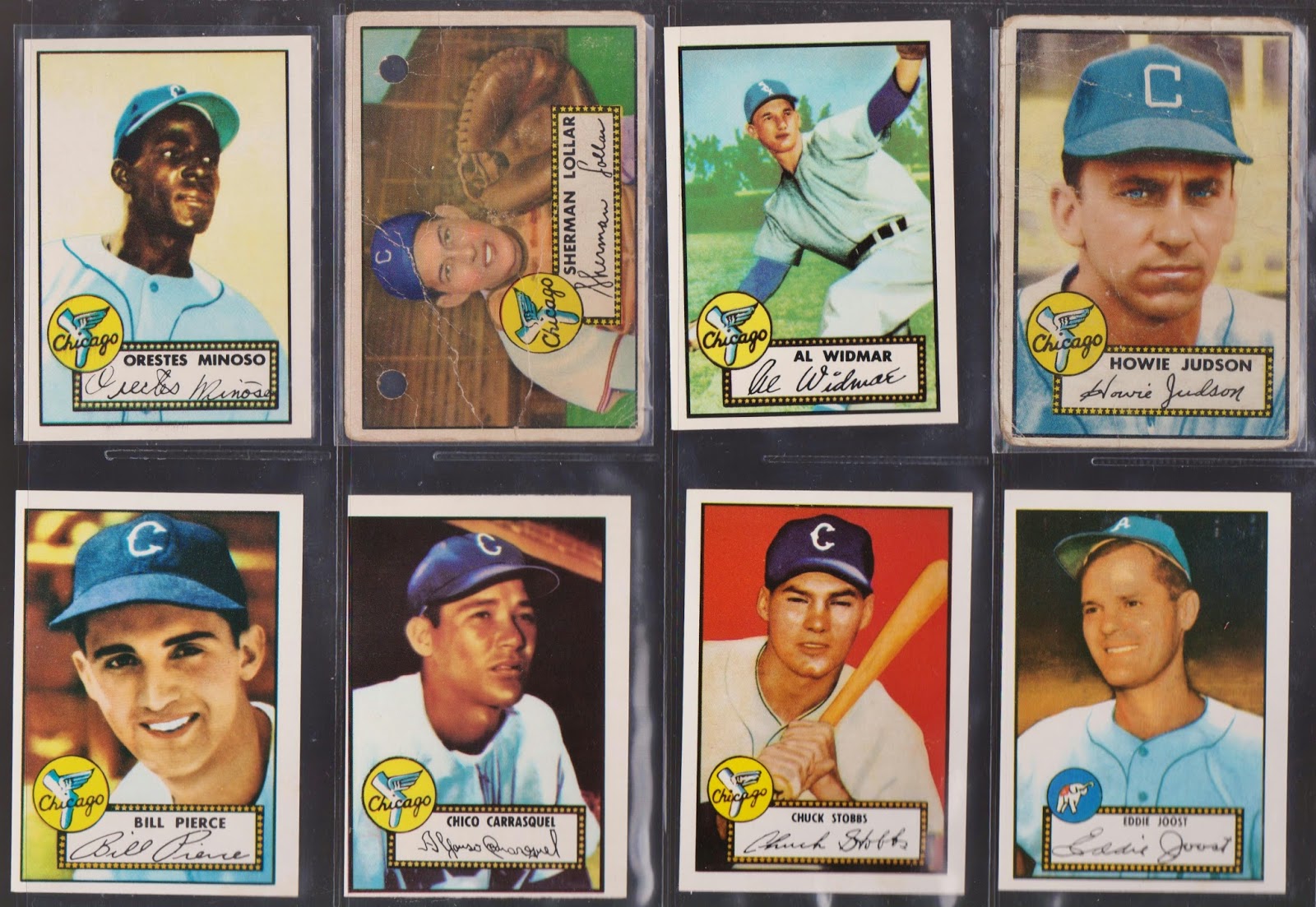 Email ThisBlogThis!Share to TwitterShare to FacebookShare to Pinterest
Labels: 1952