Tony Gwynn was already a well-known superstar when his 5th Topps card was released during my first year of baseball card collecting in 1987.  He succeeded Rod Carew as a frequent statistical leader in Batting Average, and was one of the last players to remain on the same team throughout a career spanning over 20 years. 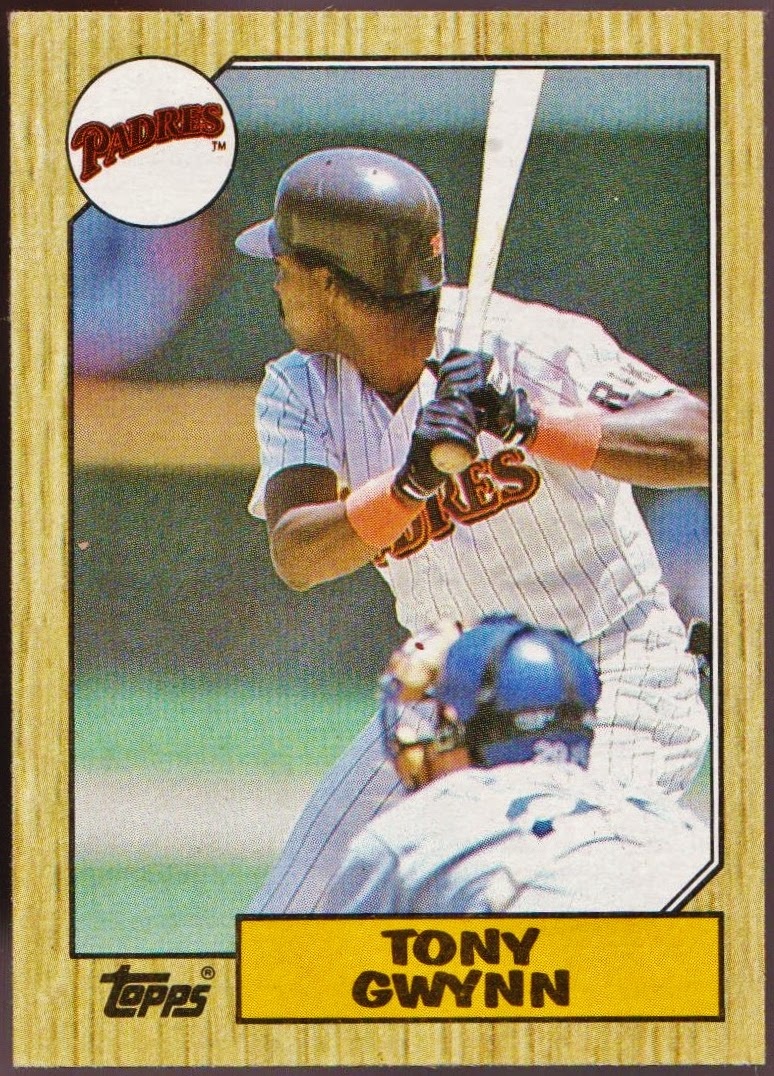 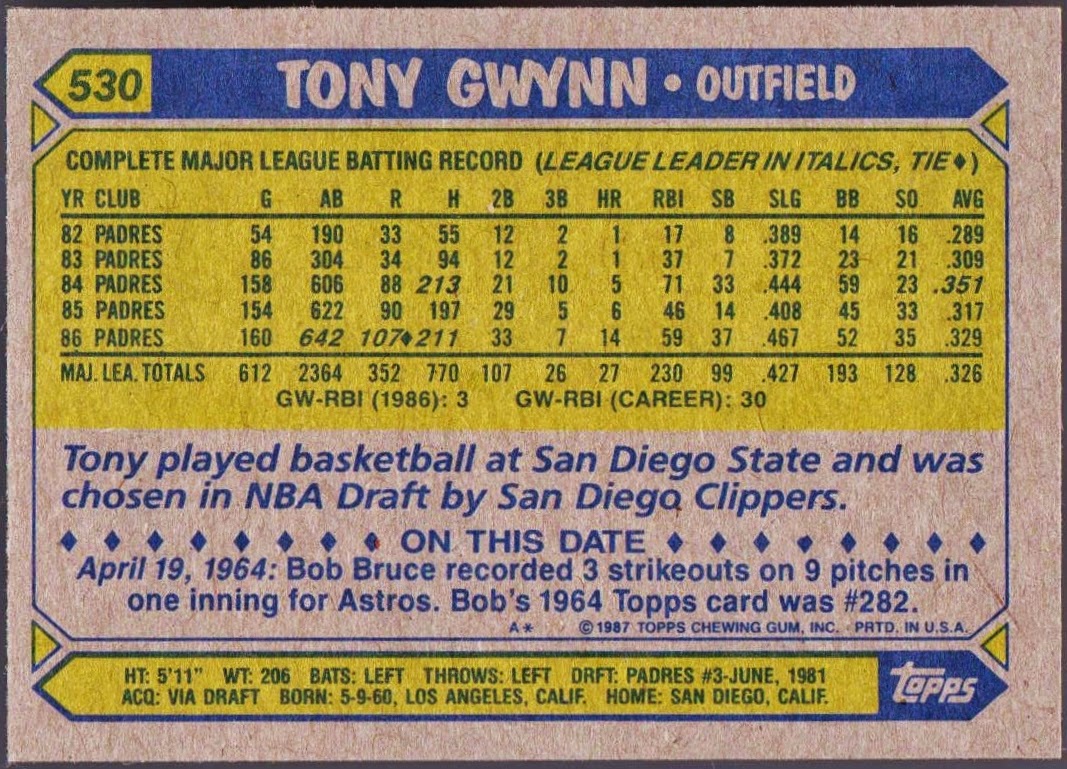 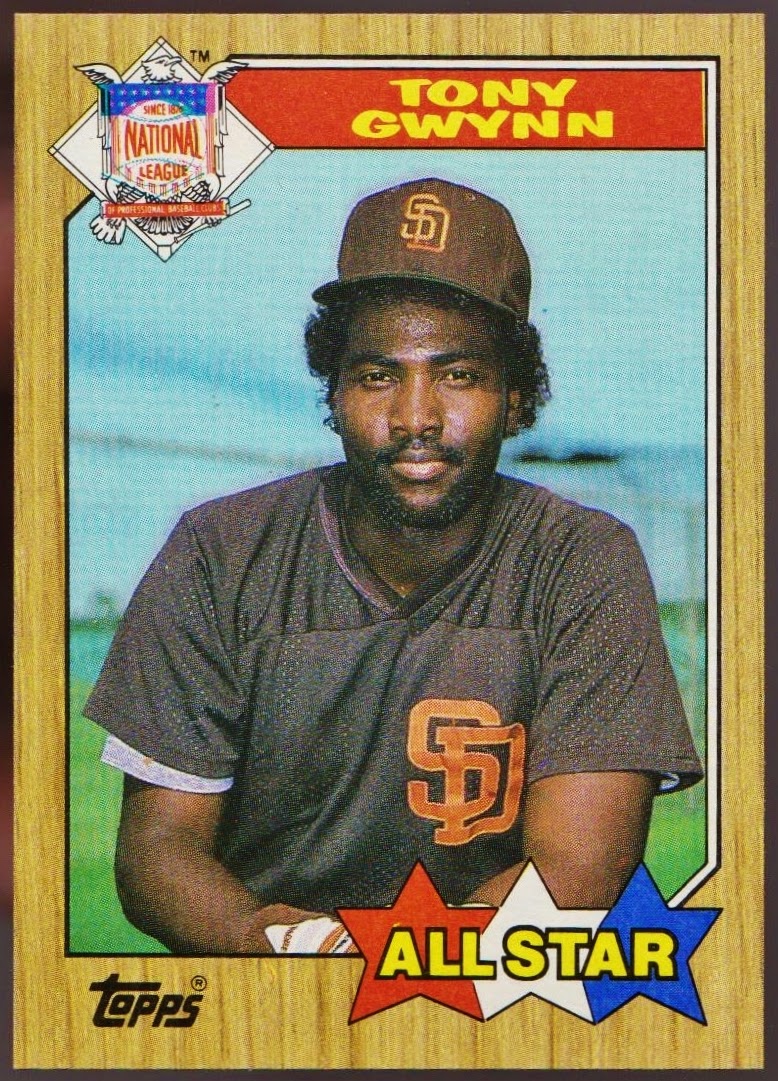 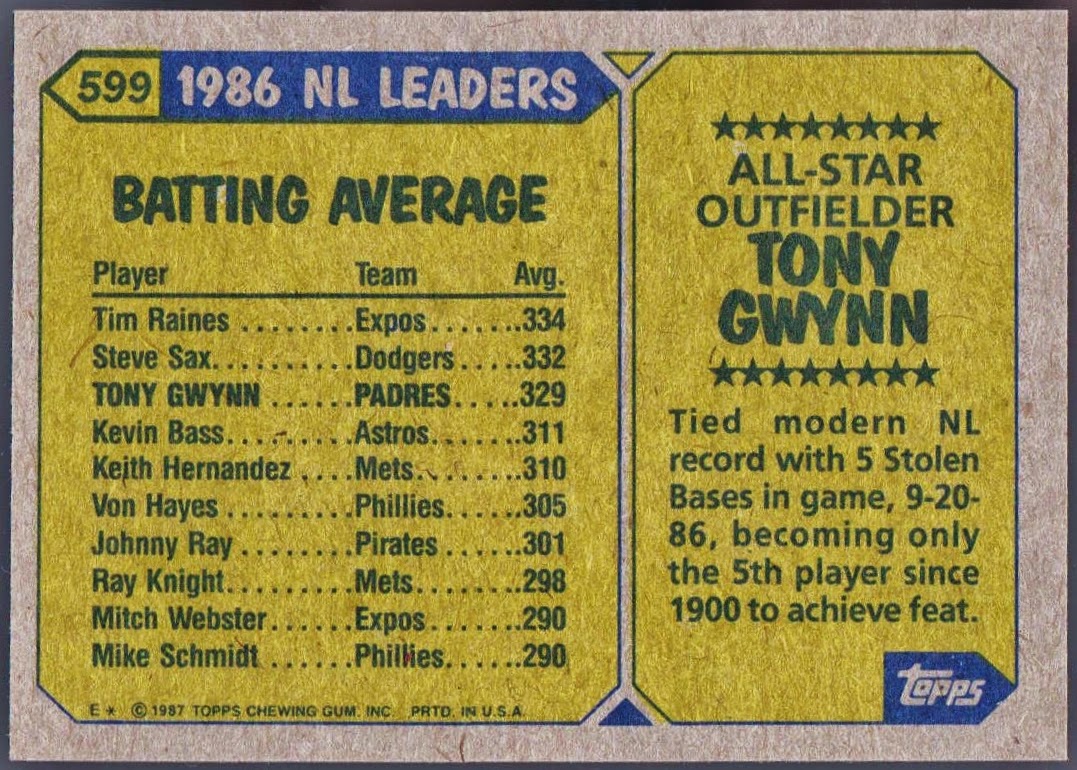 Posted by ToppsBawlyn87 at 6:25 PM No comments: