﻿
Rob Gardner pitched in only 1 game for the Yankees in 1970.  At the start of the '71 season, he was traded to the Oakland A's along with Ron Klimkowski﻿ for Felipe Alou.  The following month, Oakland actually traded Gardner back to the Yankees for Curt Blefary after pitching in only 4 games.  He pitched in only 2 more games for the Yankees the rest of the season.  Gardner had somewhat of a breakout year with the Yankees in 1972, pitching in 20 games with a .615 win percentage and a 3.06 ERA.  After the end of the season, the Yankees traded Gardner back to the A's again along with Rich McKenney for Matty Alou.  Rob Gardner played for a total of 6 major league teams during 8 seasons between 1965-1973. 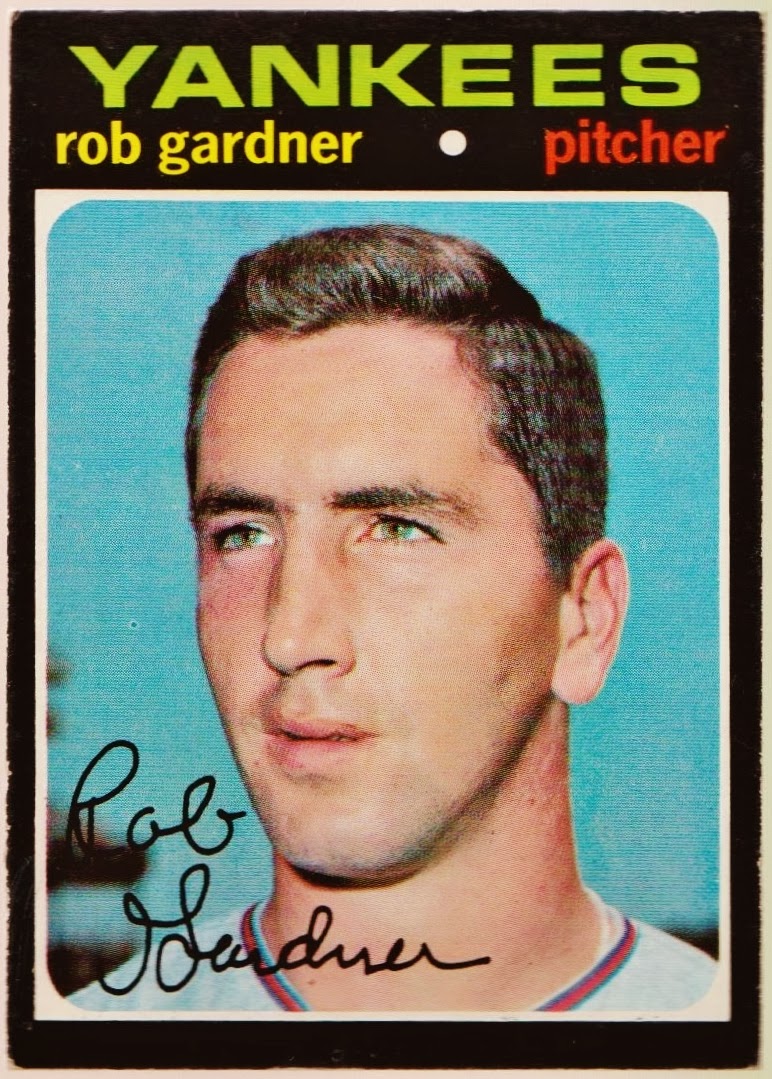 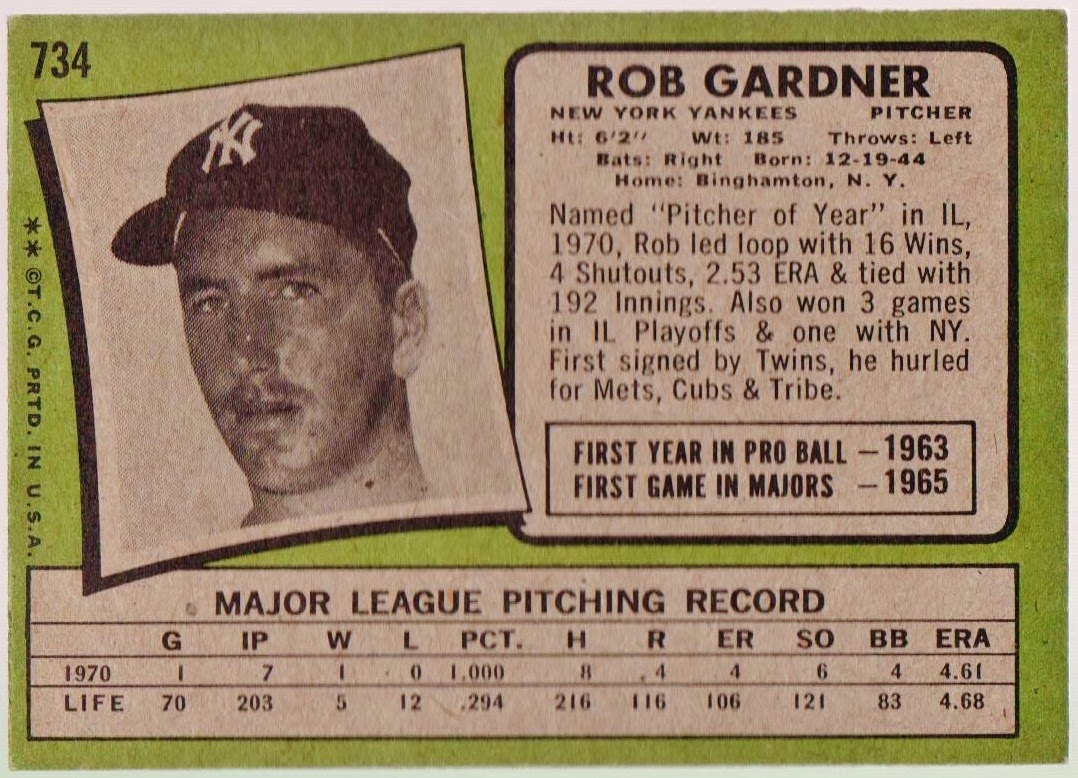 BV: $12.00
Cost: $3.00 (paid 25% BV)
Condition: EX 5.0 (worth 40% BV)
Completion: 740 of 752 (98% complete)
Condition: There's a little more wear on all four corners than just a little fuzziness, but there are no dings or creases.  The card is very well centered with nice surface gloss and only a minor scratch near the bottom-left corner.  The edges have some roughness, slight notching, and only a little chipping.
Posted by ToppsBawlyn87 at 3:41 PM