Tommie Aaron played his entire career with the Braves' organization beginning with his first major league appearance for the Milwaukee club in 1962, and ending with his final appearance for the relocated Atlanta club in 1971.  This was also Tommie's final Topps card as a player.  He appeared in a postseason game against the Mets in 1969 during the first NLCS.  Tommie is exactly 5-1/2 years younger than his brother. 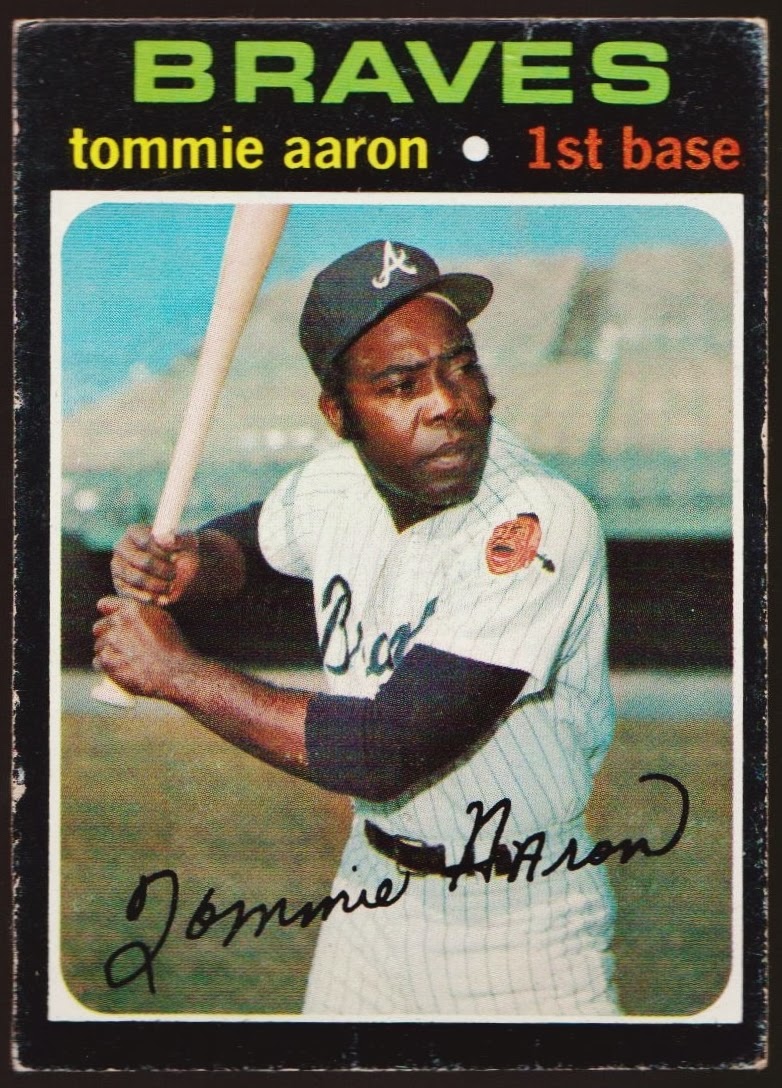 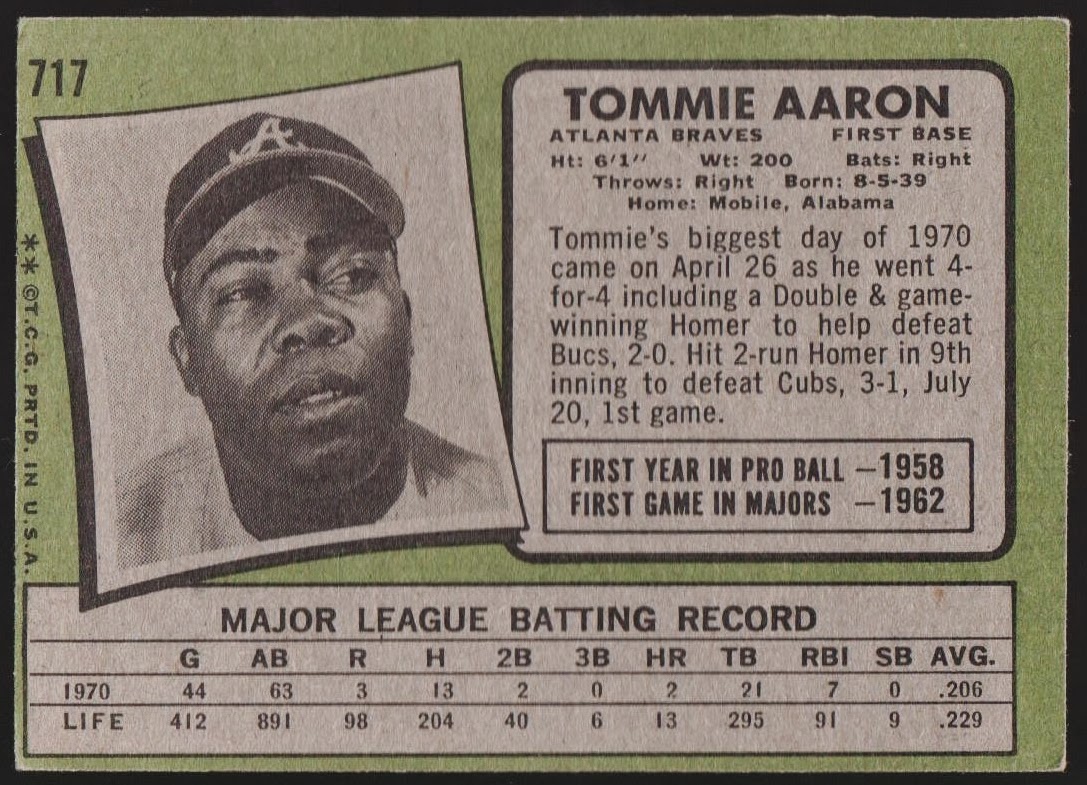