Mickey Stanley began the '71 season coming off of 3 consecutive Gold Glove awards as an Outfielder--a run that began for him during the Detroit Tigers' World Series championship season of 1968.  Although his OPS improved to a five-year high of .733, '71 and '72 would be down years for Stanley (in terms of total offensive numbers), although he would help the Tiger reach the ALCS against the Oakland A's.  Stanley would make a comeback in 1973, earning some of his best career numbers, along with a 4th Glove Glove award to top off the season.  He played for the Tigers during all of his 15 seasons as a major leaguer from 1964-1968. 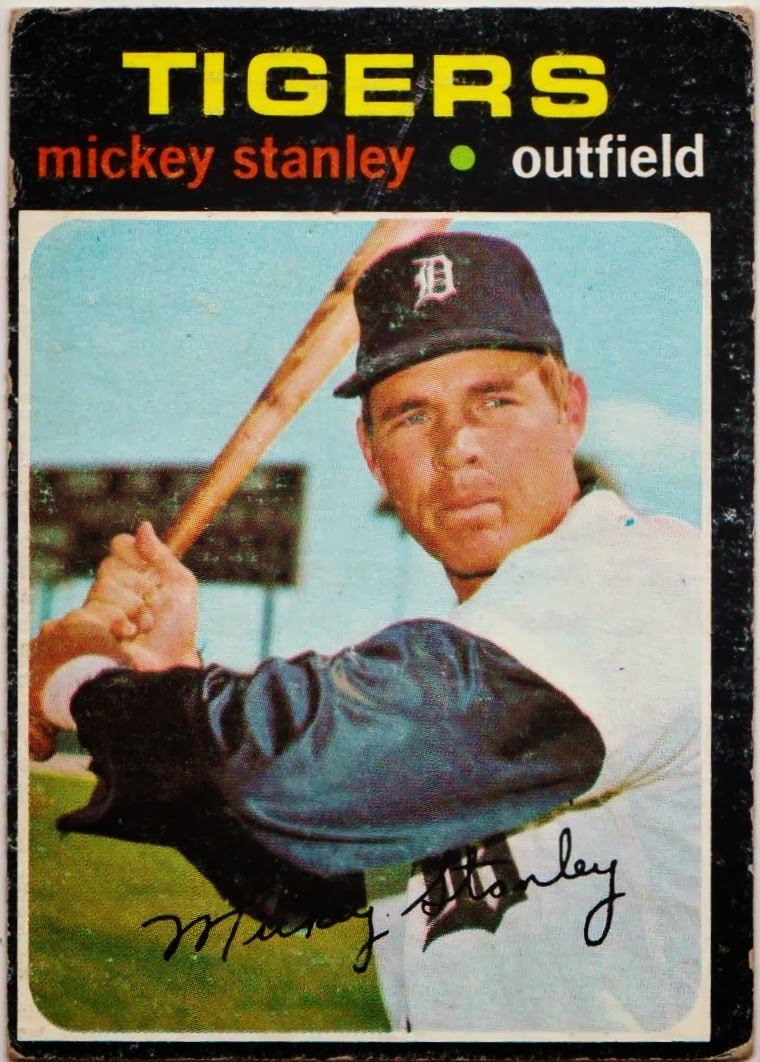 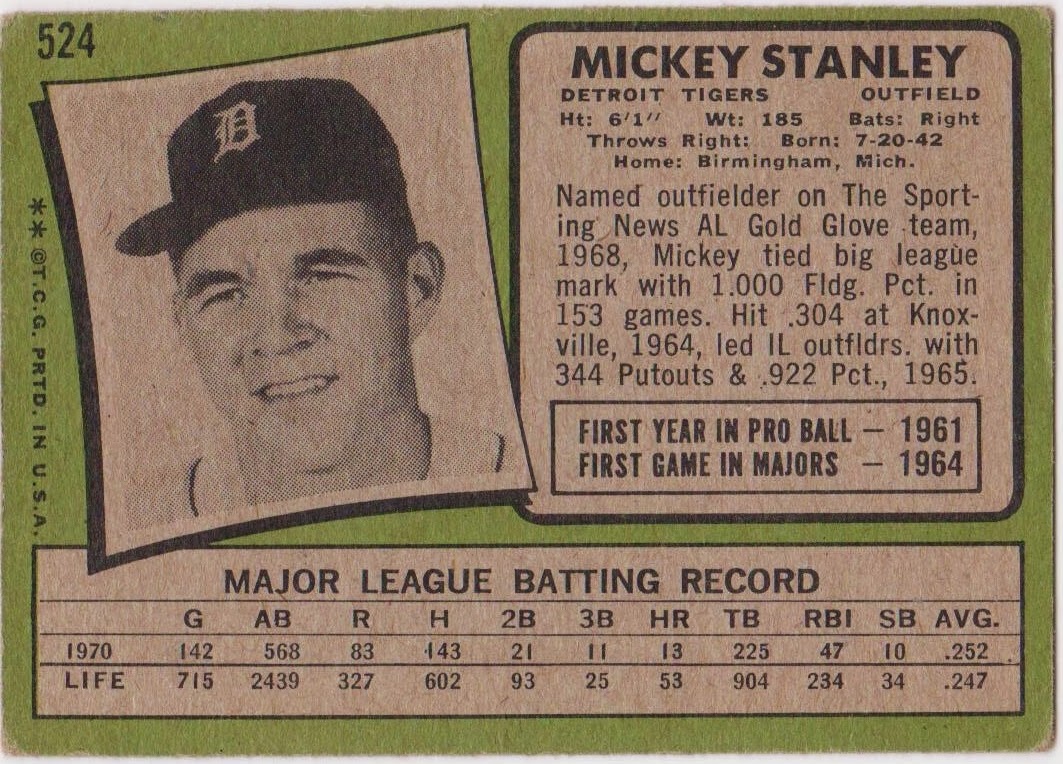