Here's one of the many 'In Action' cards that were produced as part of the '72 Topps set to accompany the regularly issued cards for selected players.  The 'In Action' cards were consecutively numbered alongside each player's regularly issued card, which in this case includes card #'s 711 and 712.  This photo appears to show Bobby Bonds hitting a high fly for an out.  The back of the card serves as the top-right corner for the Tony Oliva puzzle "C". ﻿ 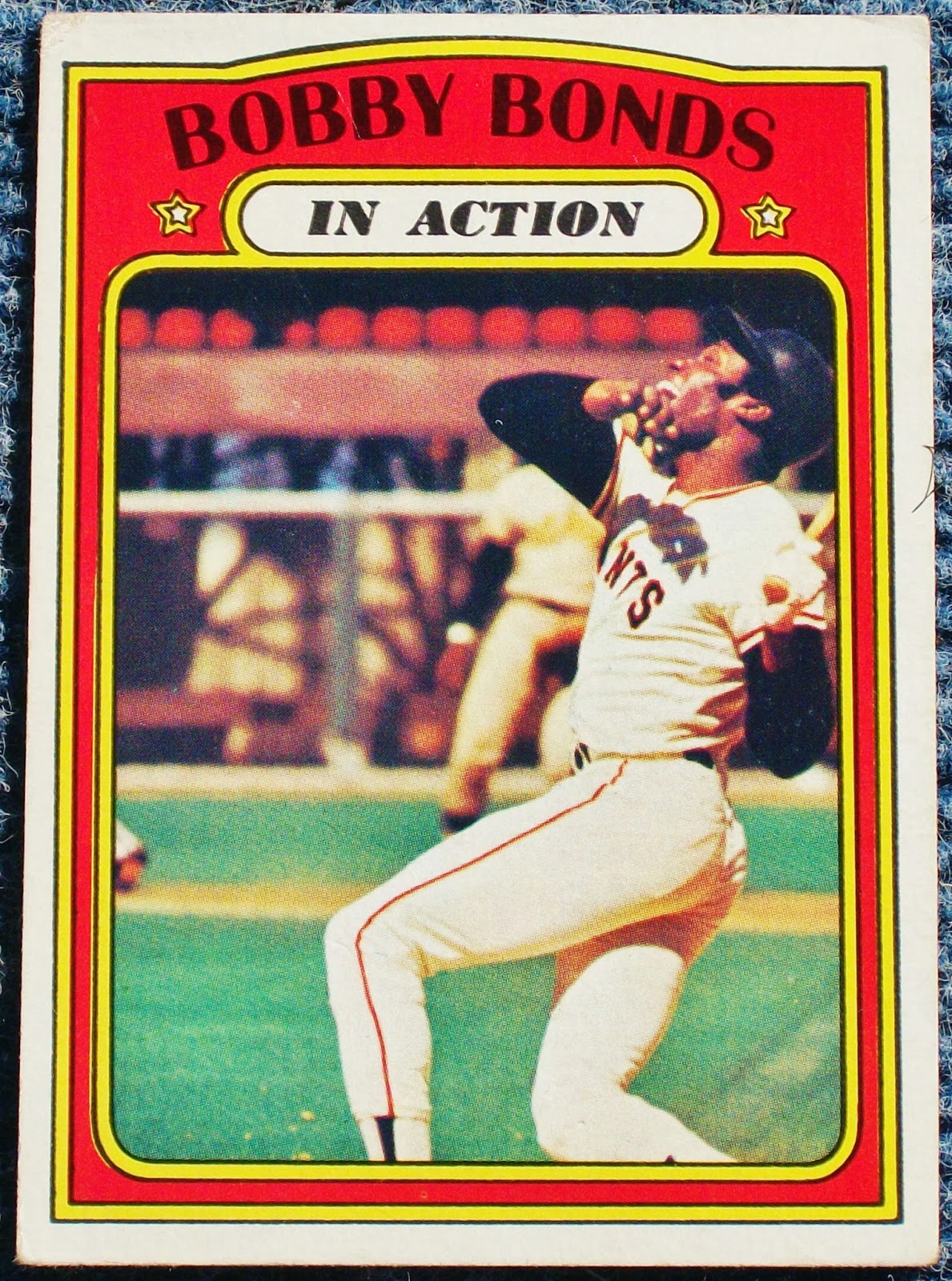 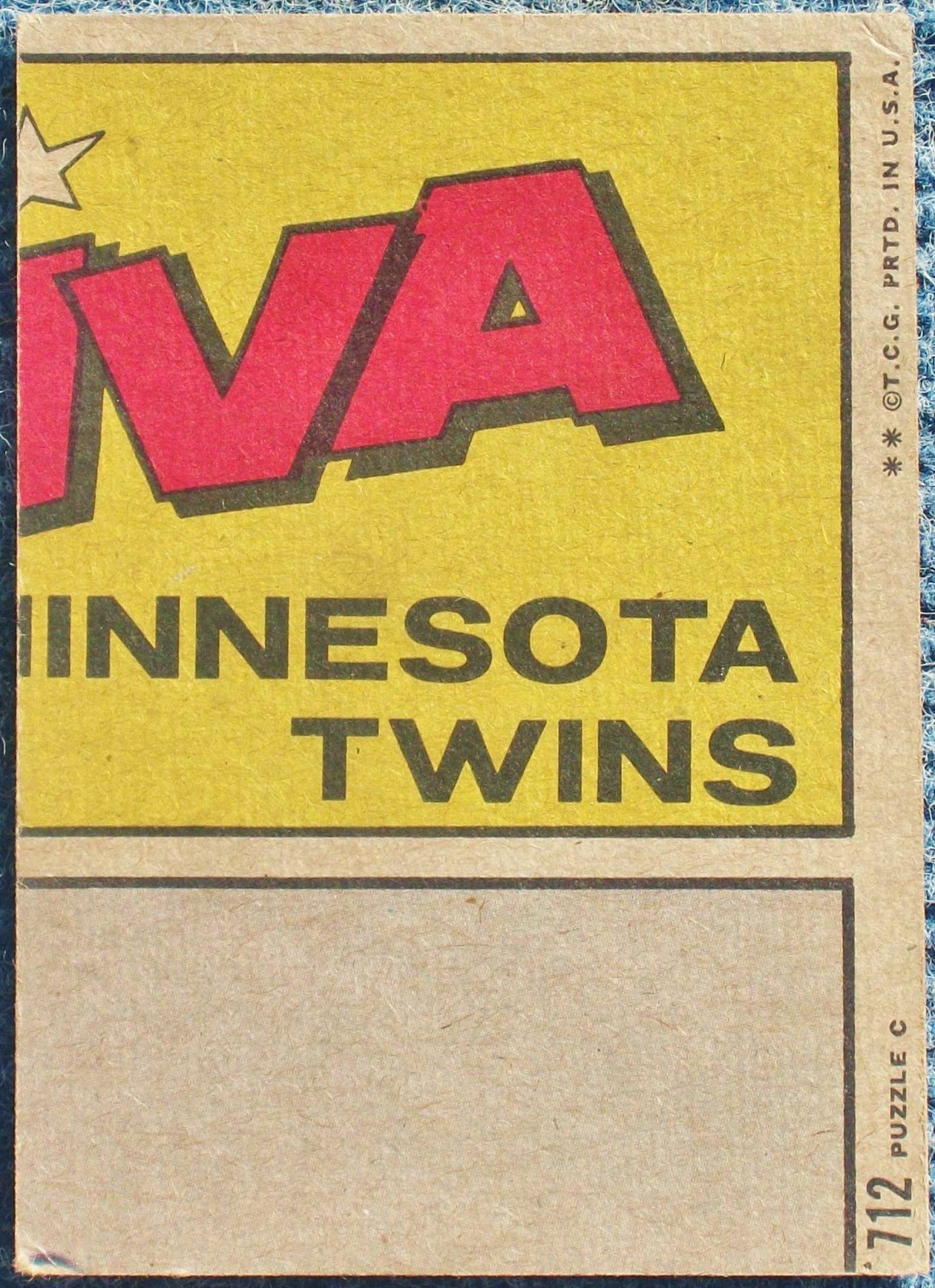 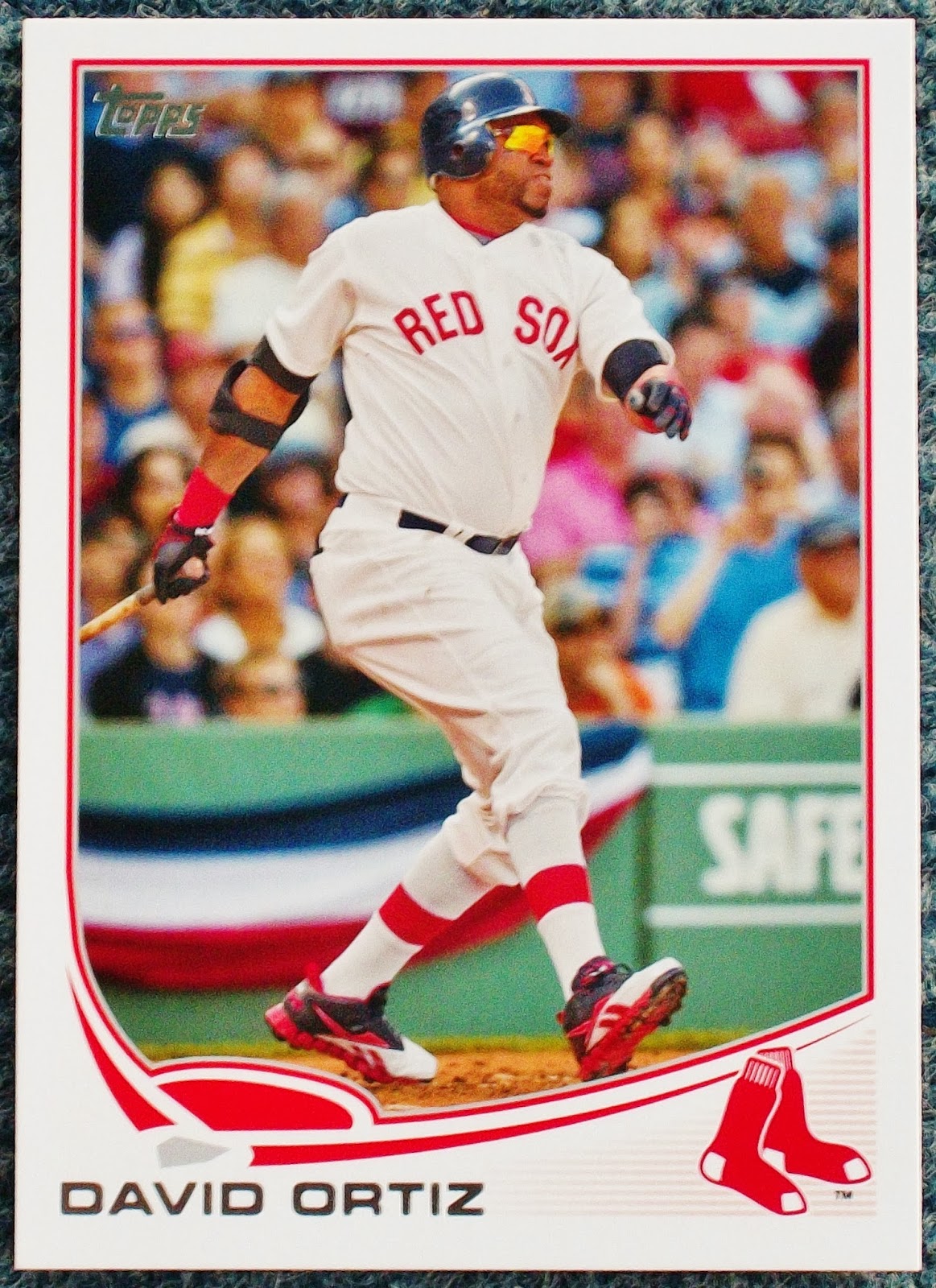 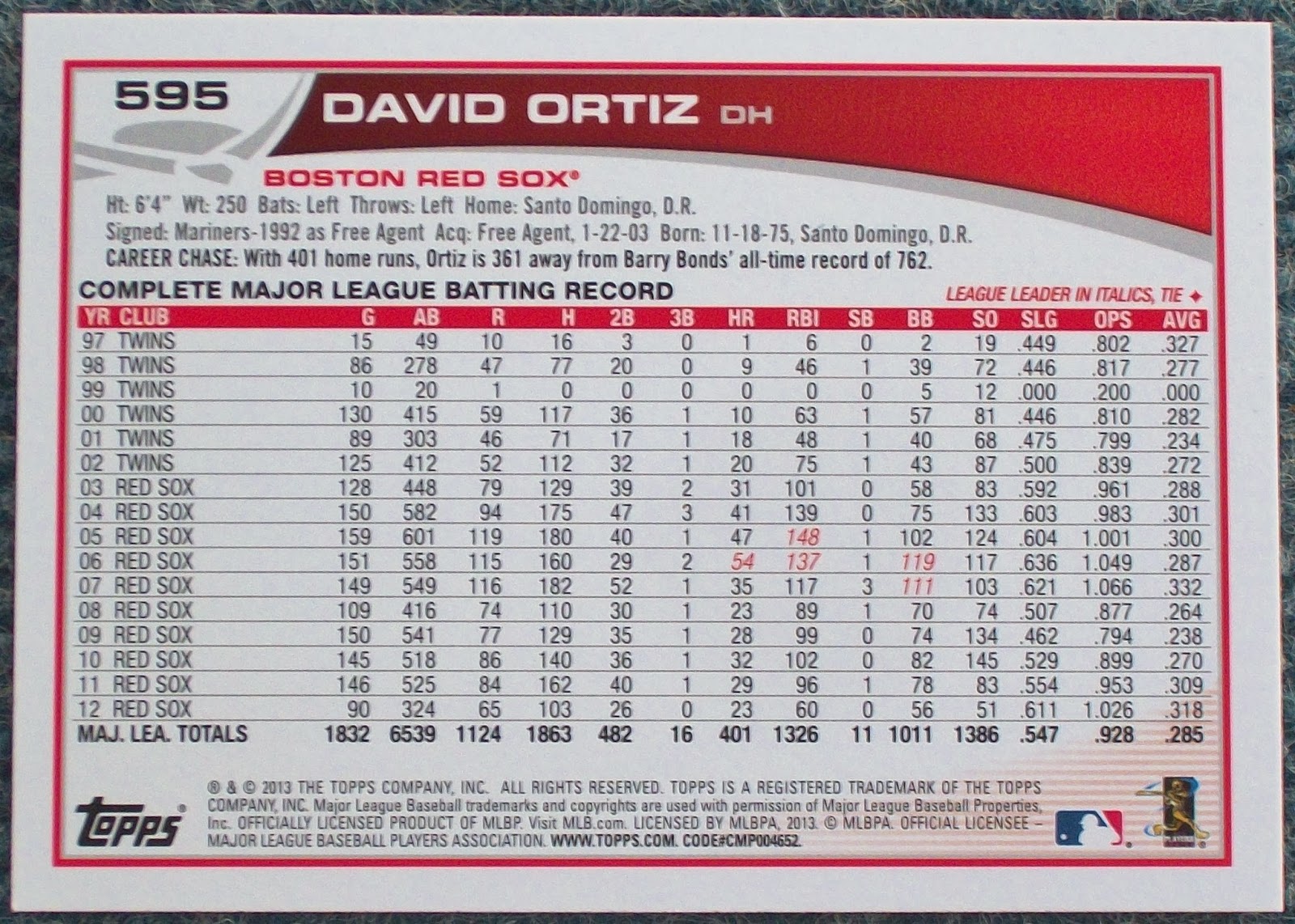 With two outs in the Bottom of the 8th inning in game #2 of the 2013 ALCS, David Ortiz hit a grand slam into the Boston bullpen at Fenway Park against Max Scherzer to tie the game up at 5-5. 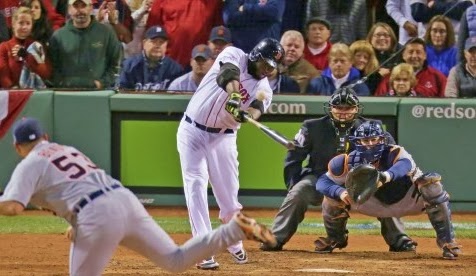 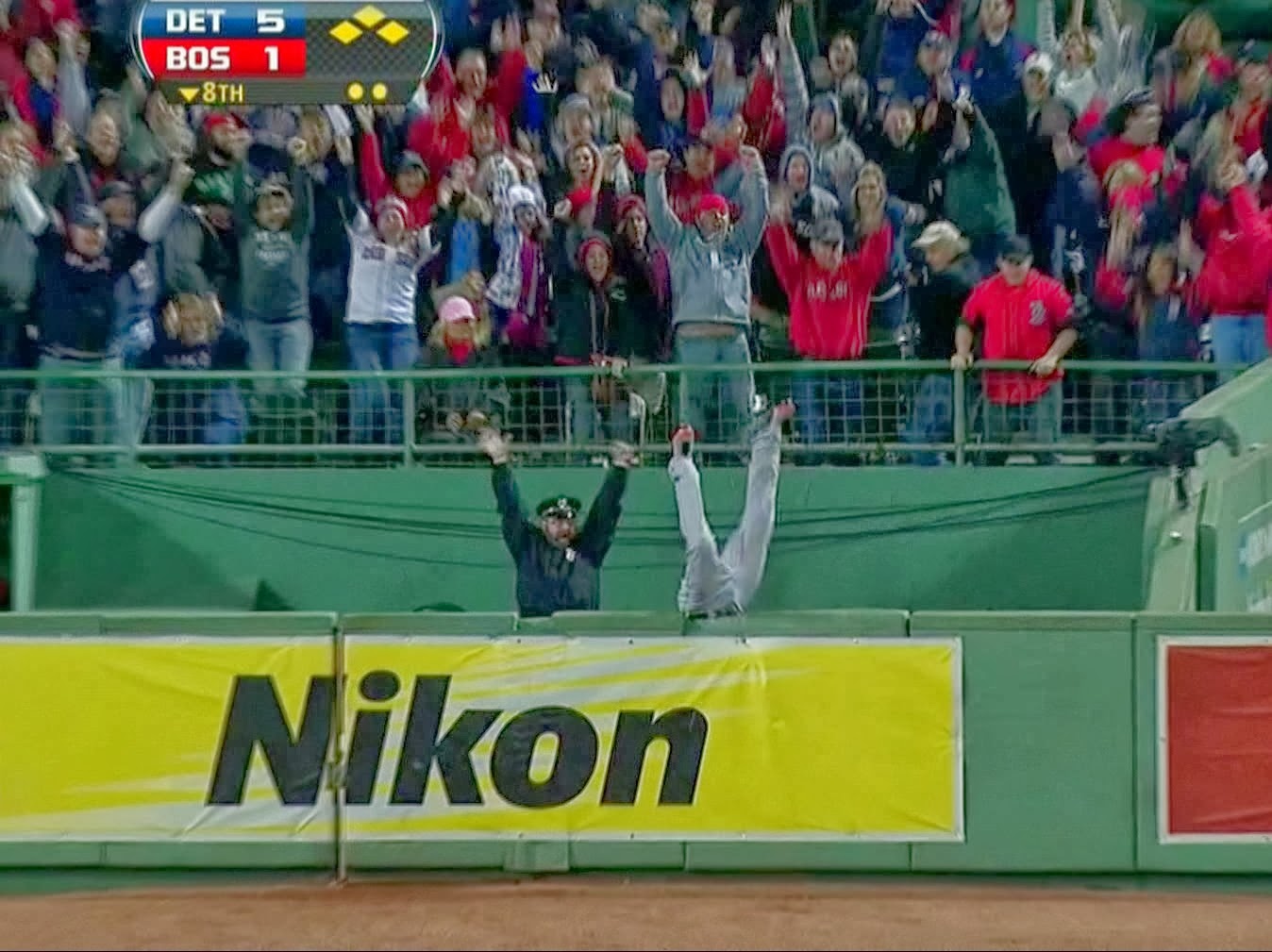 In a desperate attempt to catch the ball, Torii Hunter flipped over the outfield wall, barely missing the grab.  It was absolutely hysterical--now knowing that he is okay, of course. 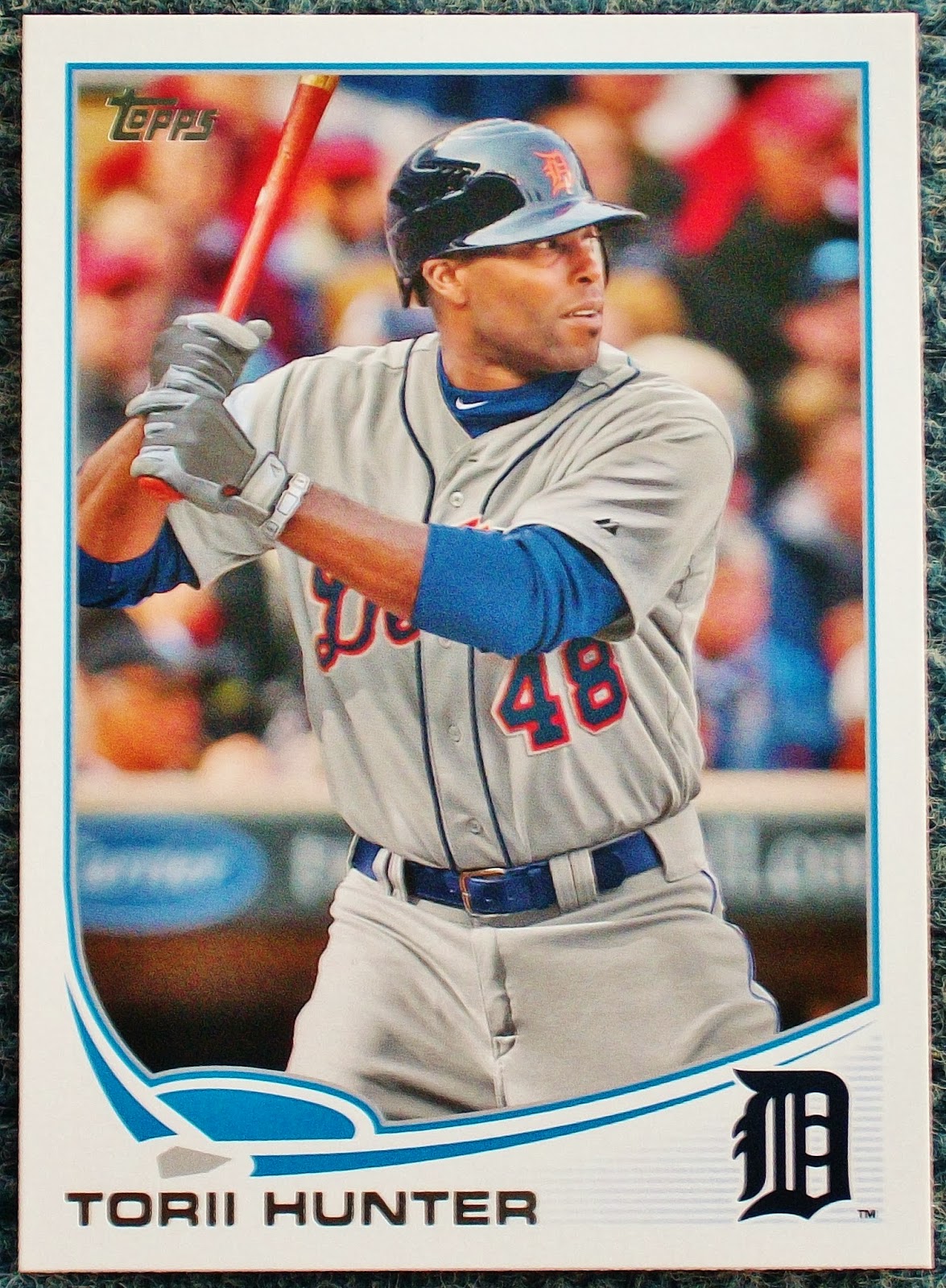 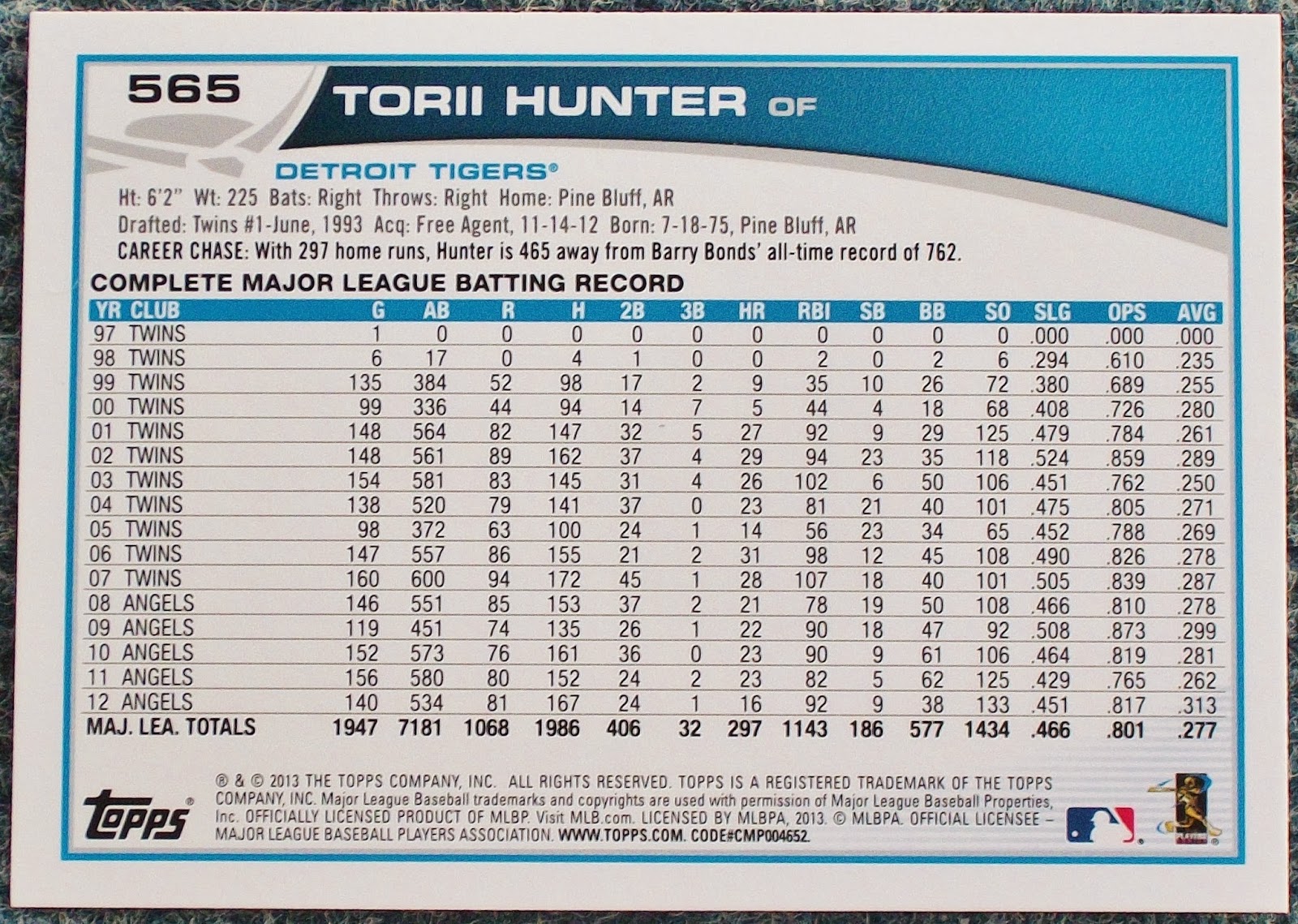 Posted by RoundtheDiamond87 at 7:10 PM No comments:

Email ThisBlogThis!Share to TwitterShare to FacebookShare to Pinterest
Labels: 2013

It appears that the Washington Nationals will select Matt Williams to succeed Davey Johnson, John McLaren, Jim Riggleman, Manny Acta, and Frank Robinson as their 6th Manager since the Montreal Expos moved to the nation's capital in 2005. 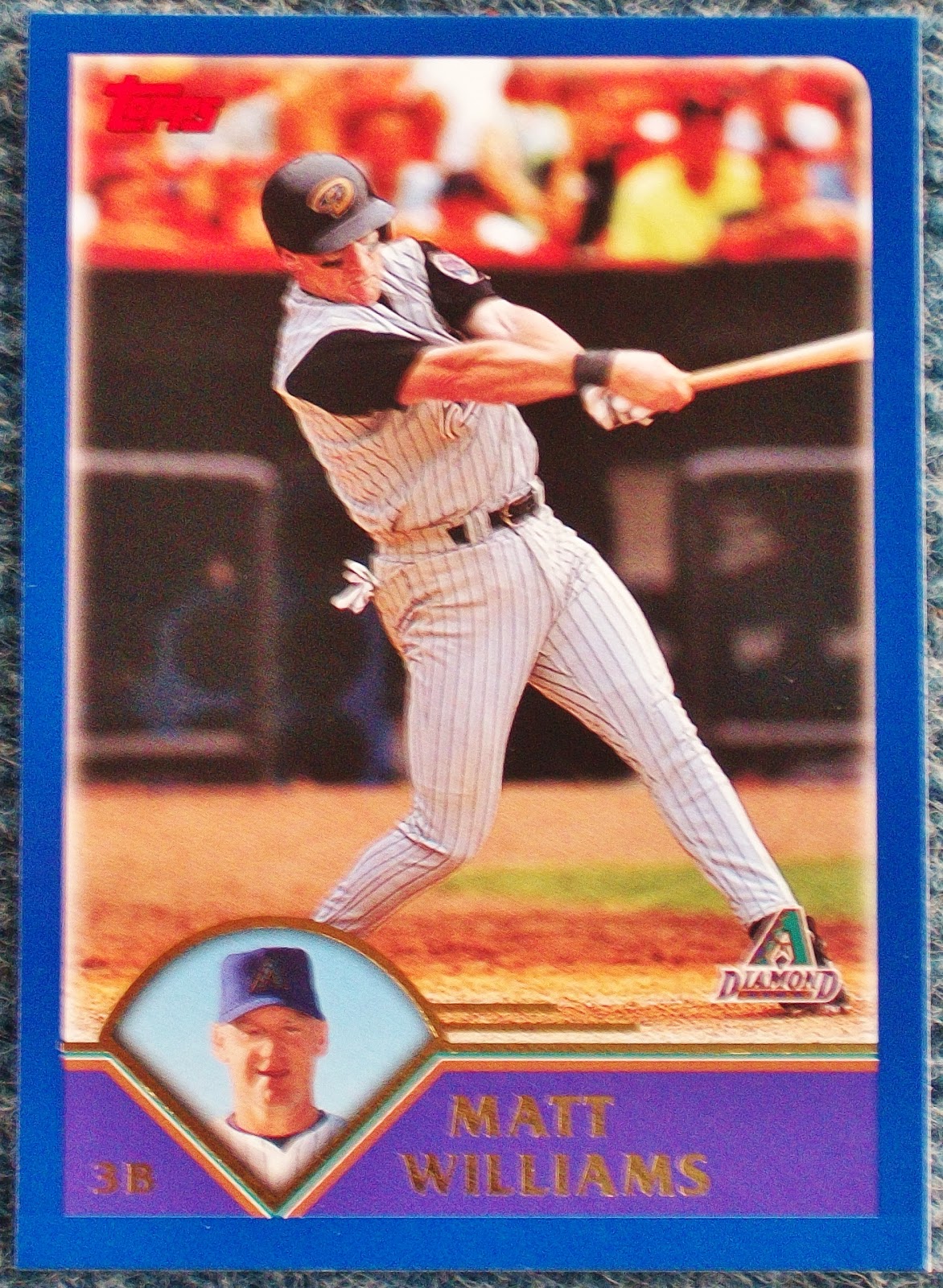 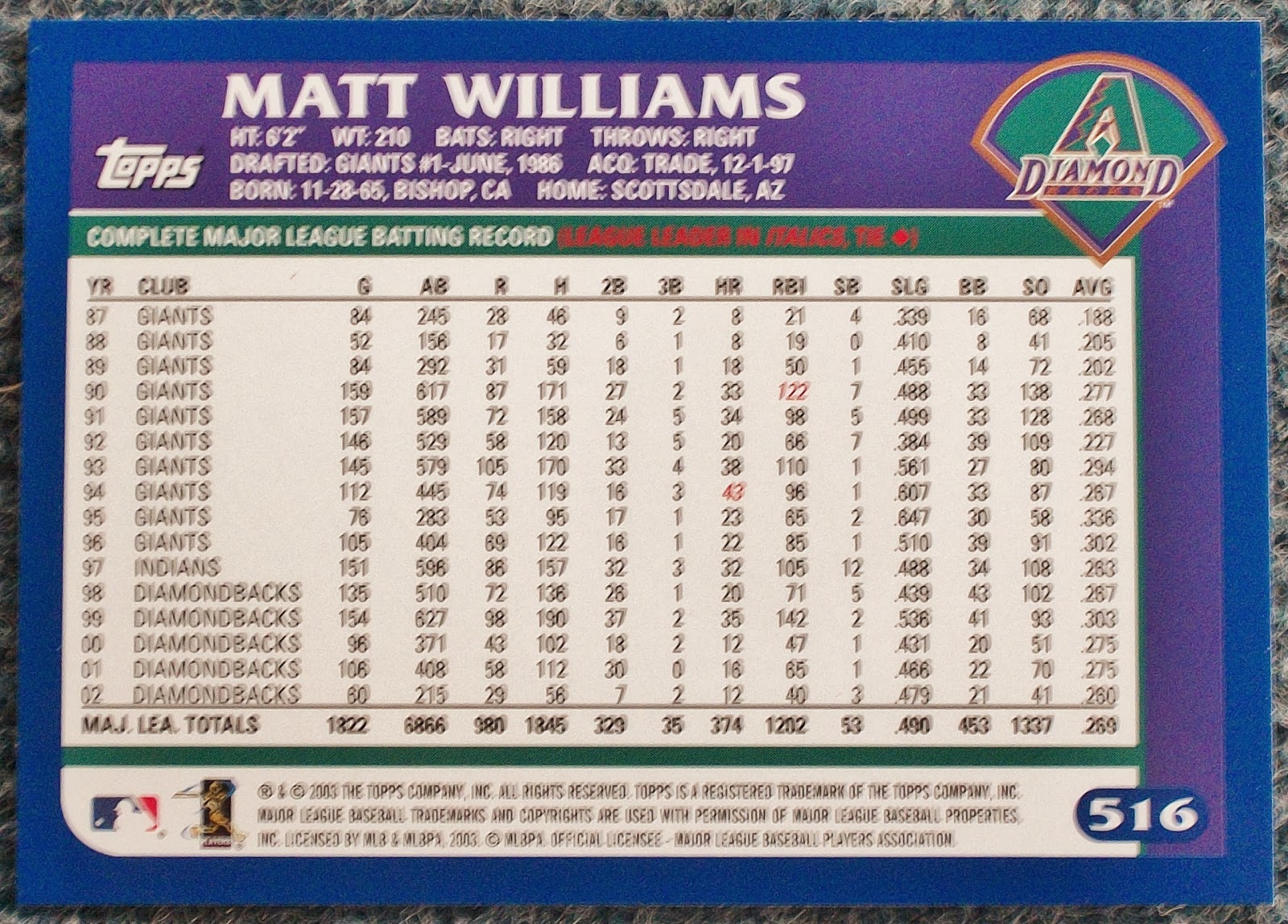 Matt Williams will arrive in D.C. having served the past four years as the Arizona Diamondbacks' Base Coach (2010-2013), and where he also ended his 17-year playing career 10 years ago (1998-2003) as an original Diamondbacks player. 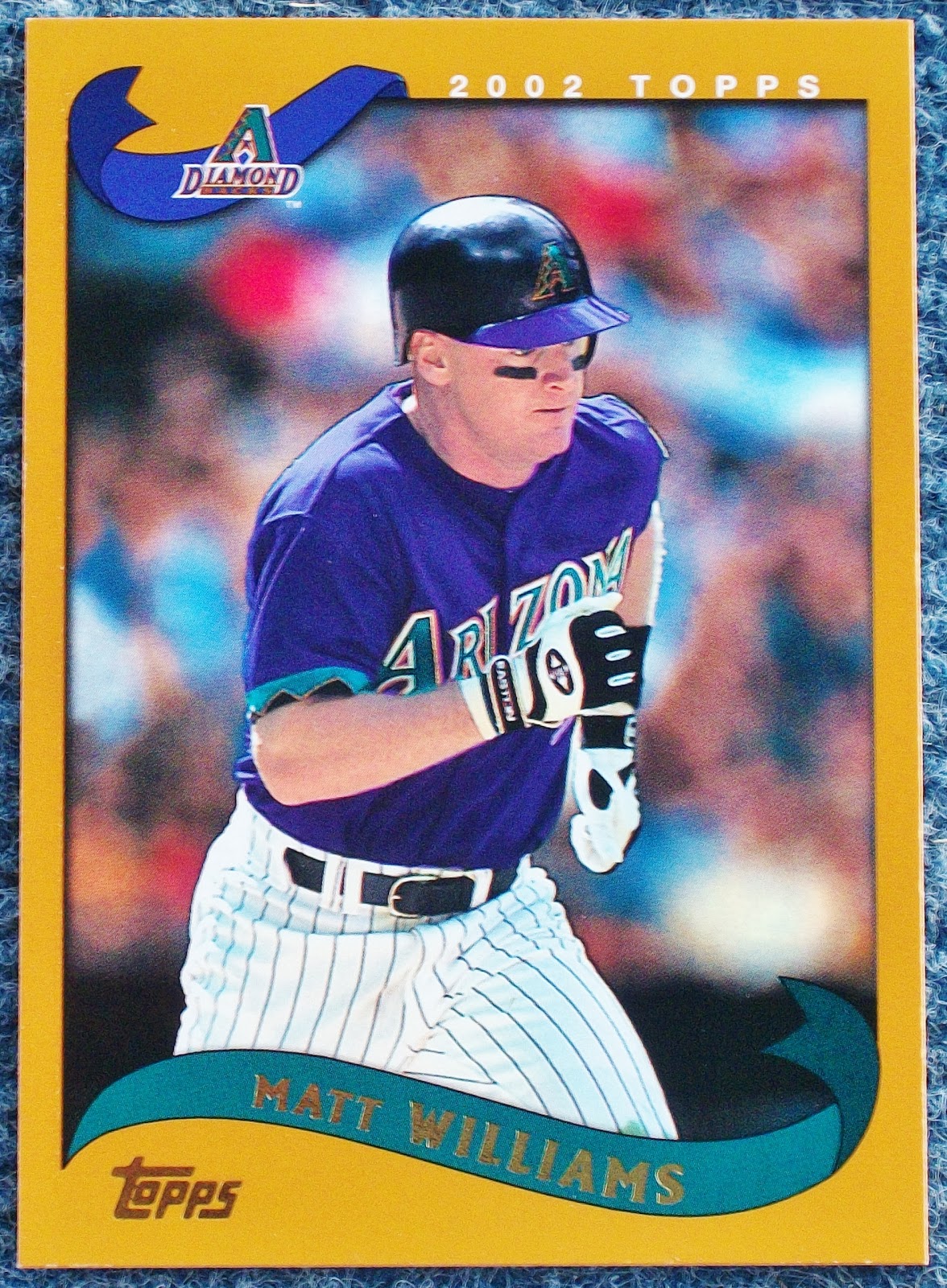 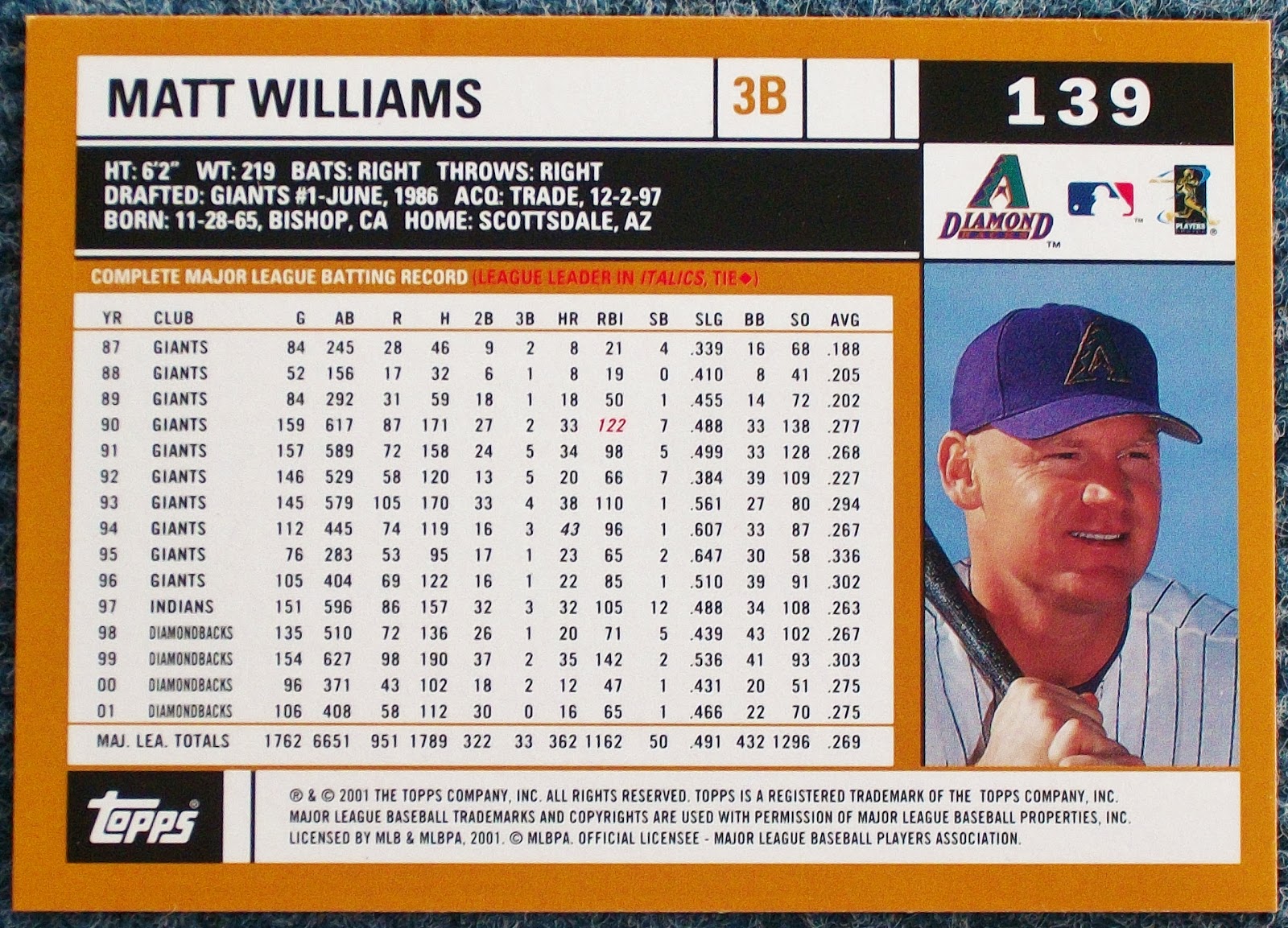 An interesting fact is that Williams' grandfather, Bert Griffith, played a few games for the Washington Nationals during the year they last won a World Series in 1924. 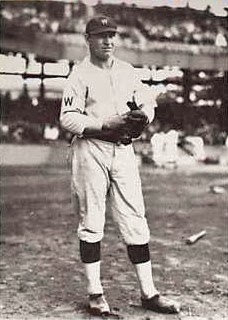 Posted by RoundtheDiamond87 at 3:48 PM No comments:

Email ThisBlogThis!Share to TwitterShare to FacebookShare to Pinterest
Labels: 2002, 2003 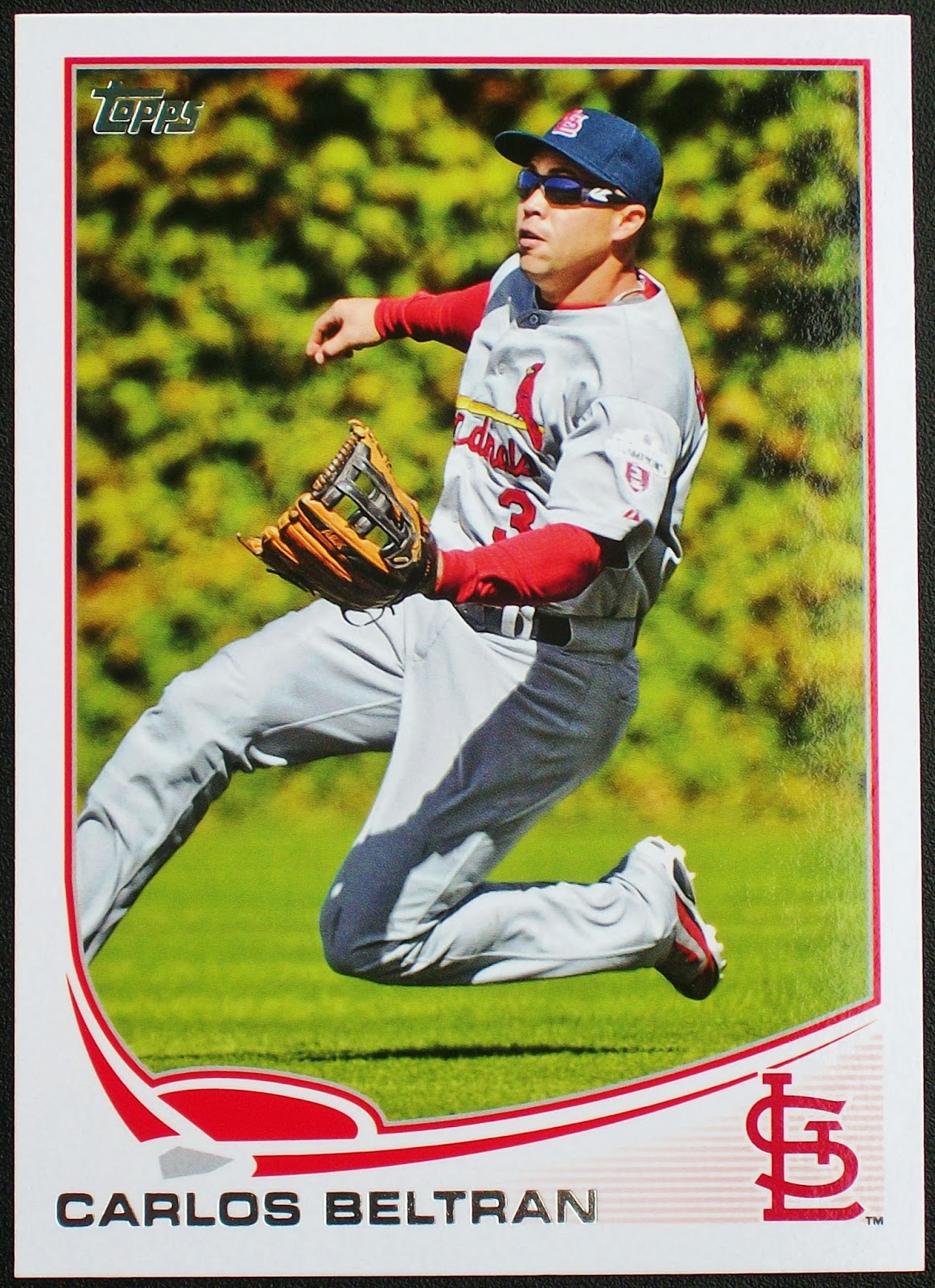 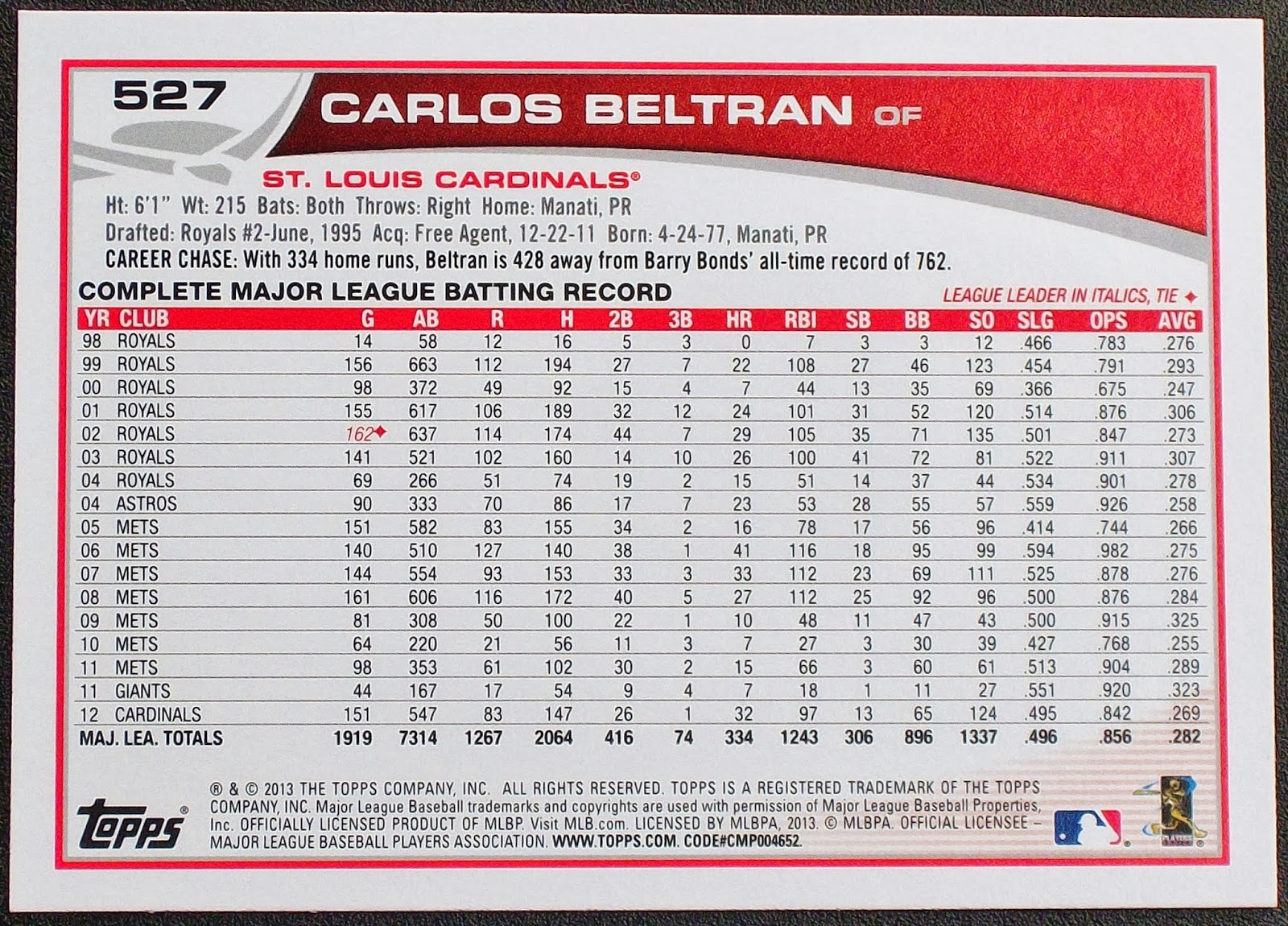 Carlos Beltran's performance in game #1 of the NLCS last night was nothing short of spectacular.  Beltran made three key plays to contribute to all three runs in the Cardinals' 13-inning victory over the Dodgers to take the first game of series:
1.  In the bottom of the 3rd inning, Beltran hit a double that bounced off of the outfield wall against Zack Greinke to score two runs for a 2-0 lead.
2.  In the top of the 10th inning, with Dodger runner Mark Ellis on third base, Beltran caught a fly ball in the outfield, and then made a nearly perfect one-hop throw to catcher, Yadier Molina, to get the potential winning Dodger run out at homeplate.
3.  In the bottom of the 13th inning, Beltran knocked in the winning run to end game one of the NLCS after 4 hours and 47 minutes of playing time.﻿ 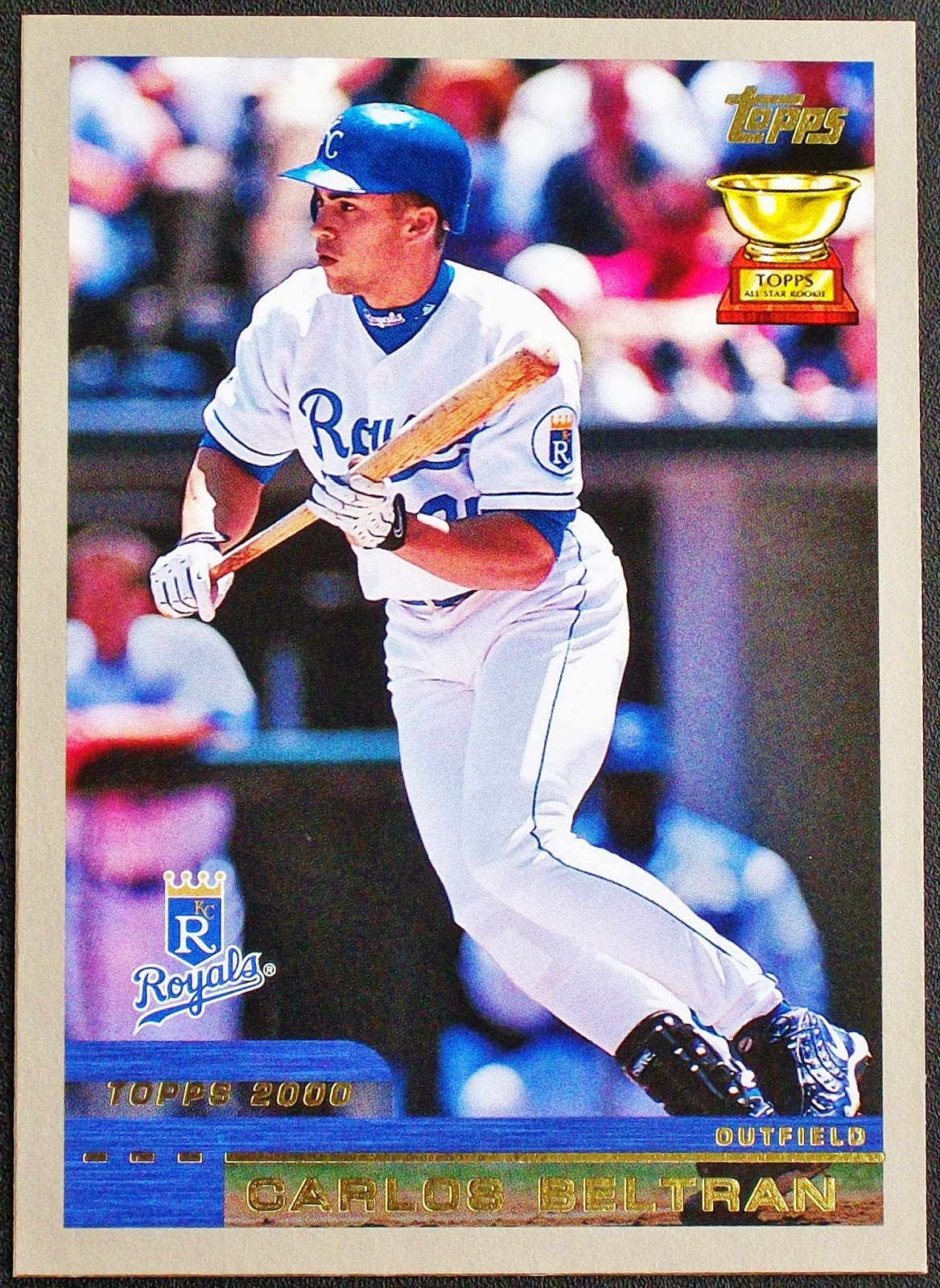 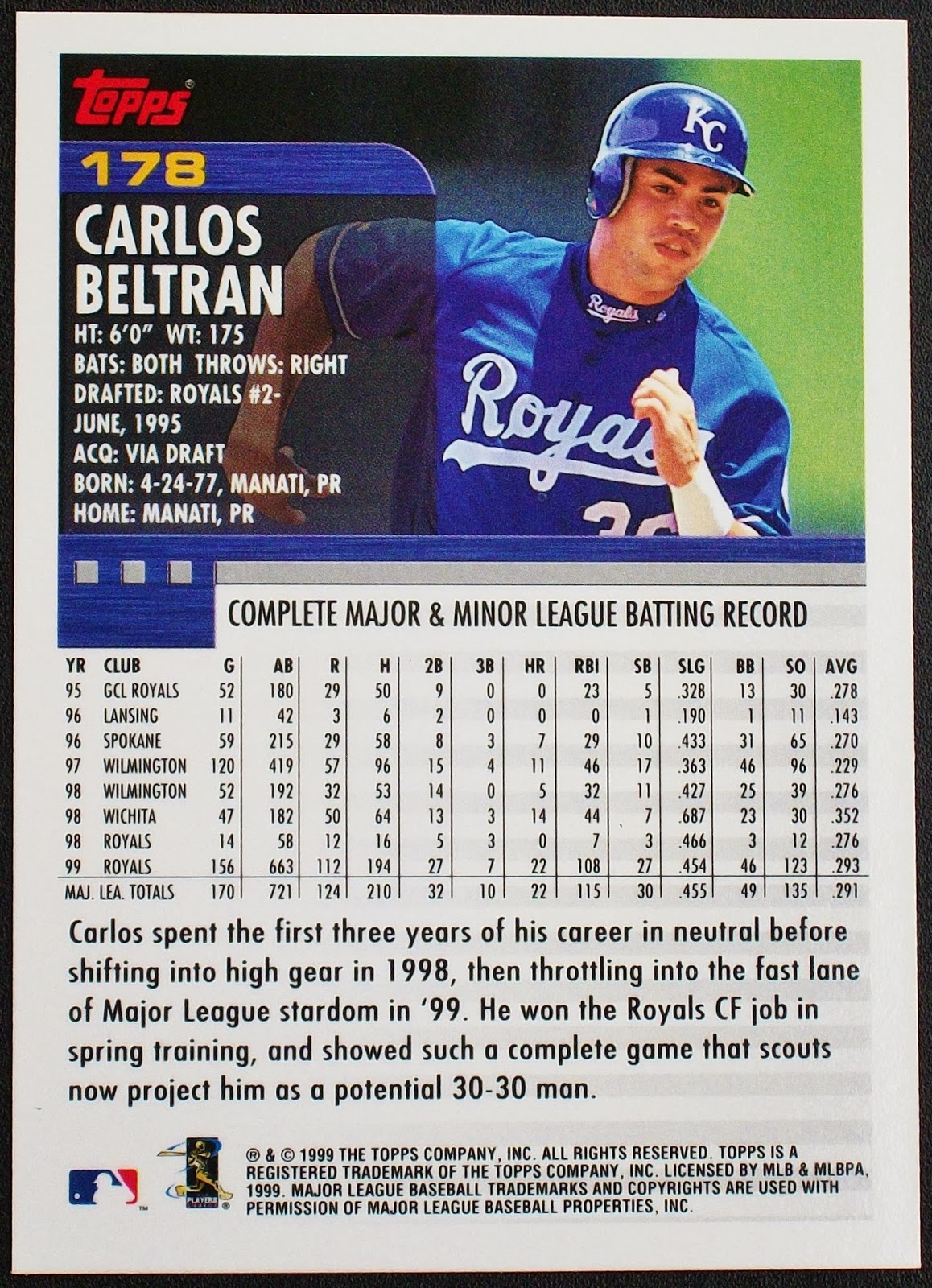 Carlos Beltran's 2000 Topps #178 sophomore card was produced a full 5 years after his rookie card.  Beltran's 2nd card also represents the first time that both his name and photo matched each other on the same Topps card. ﻿
Posted by RoundtheDiamond87 at 11:03 AM No comments:

Email ThisBlogThis!Share to TwitterShare to FacebookShare to Pinterest
Labels: 2000, 2013

Carlos Beltran's 1995 Topps Traded #12T/#18T rookie cards, in my opinion, represent one of the worst errors in modern Topps card history (something on the caliber of B.Buckner letting the ball go between his legs in the '86 World Series).  How many players out there have two rookie cards to represent one?  Sure, Ripken had an '82 Topps multi-player true rookie card along with his more popular '82 Topps Traded solo-player rookie card, but Beltran's rookie card is split between his picture on one card with his name on another.  Price guides list card #18T as Beltran's rookie with a greater value, but that's not Beltran photo on the card.  Beltran's picture is shown on card #12T with another players name and data on the back.  I would argue that the card with the correct picture represents Beltran's true rookie, but how can a collector buy one without the other?  These two cards must be purchased together as far as I'm concerned, and the value of Beltran's rookie card can only be represented by the combined value of both cards.  This error is so annoying that I still can't figure out why Topps never corrected it.  Oh well. 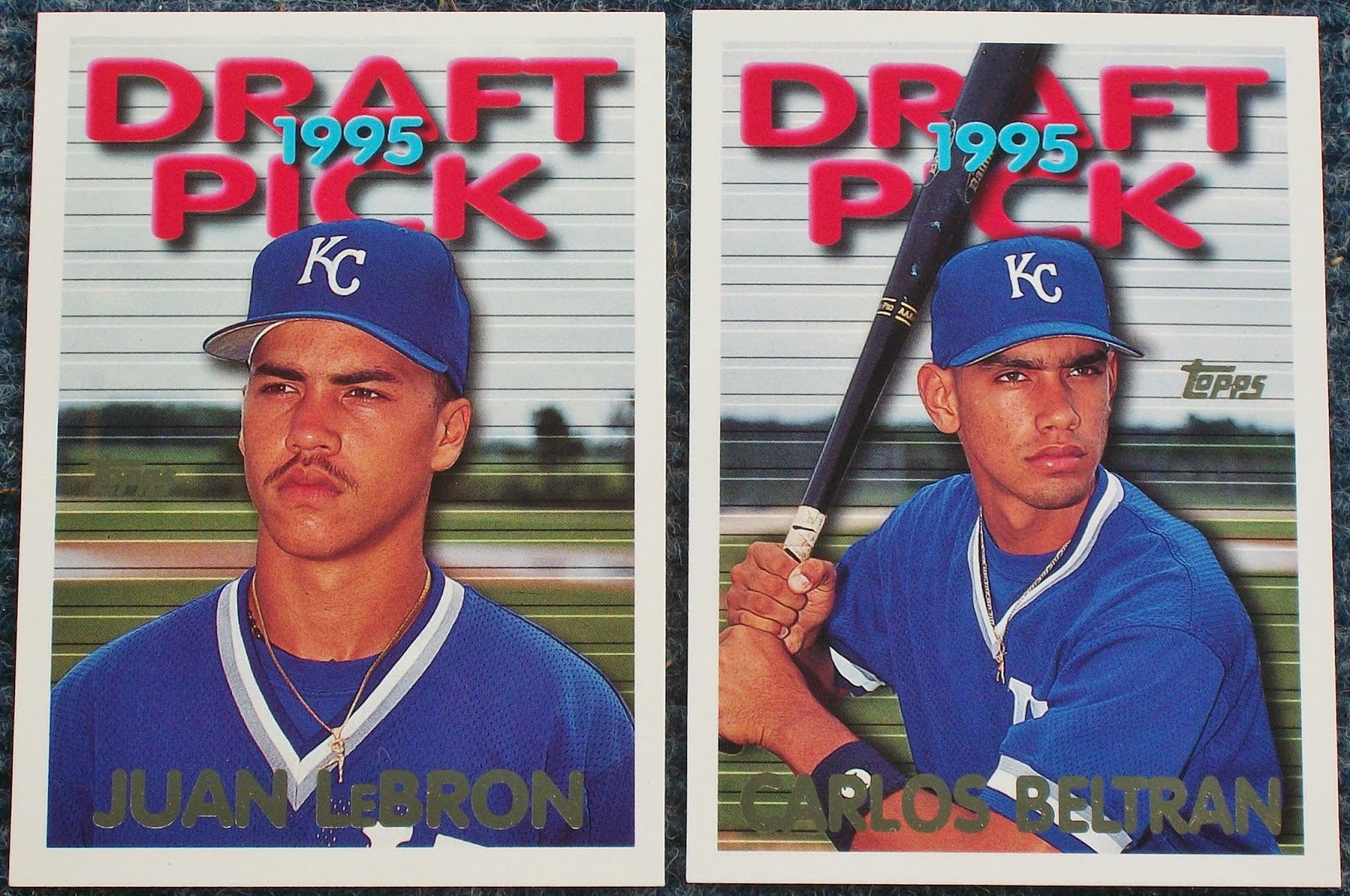 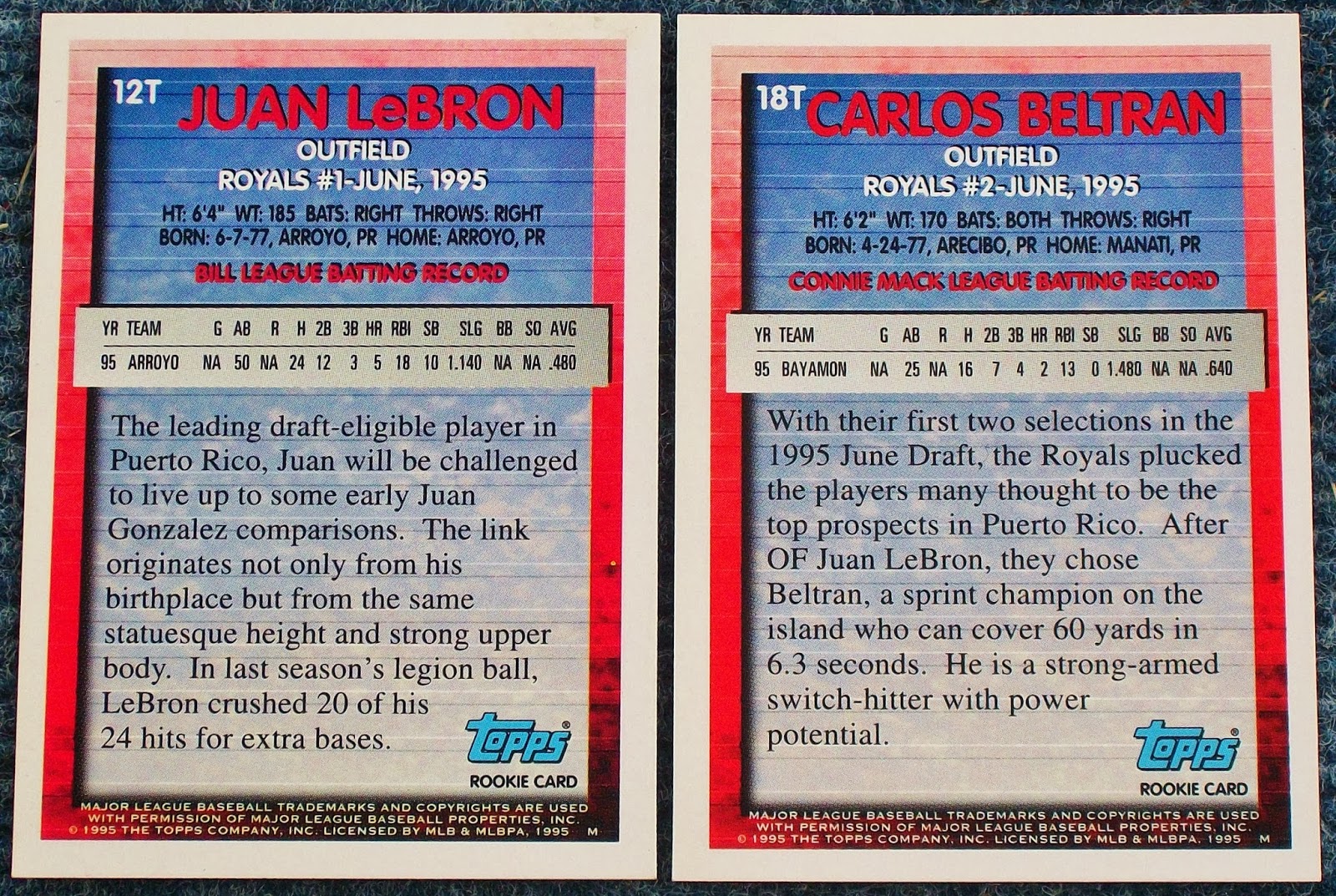 Posted by RoundtheDiamond87 at 11:03 AM No comments:

Email ThisBlogThis!Share to TwitterShare to FacebookShare to Pinterest
Labels: 1995 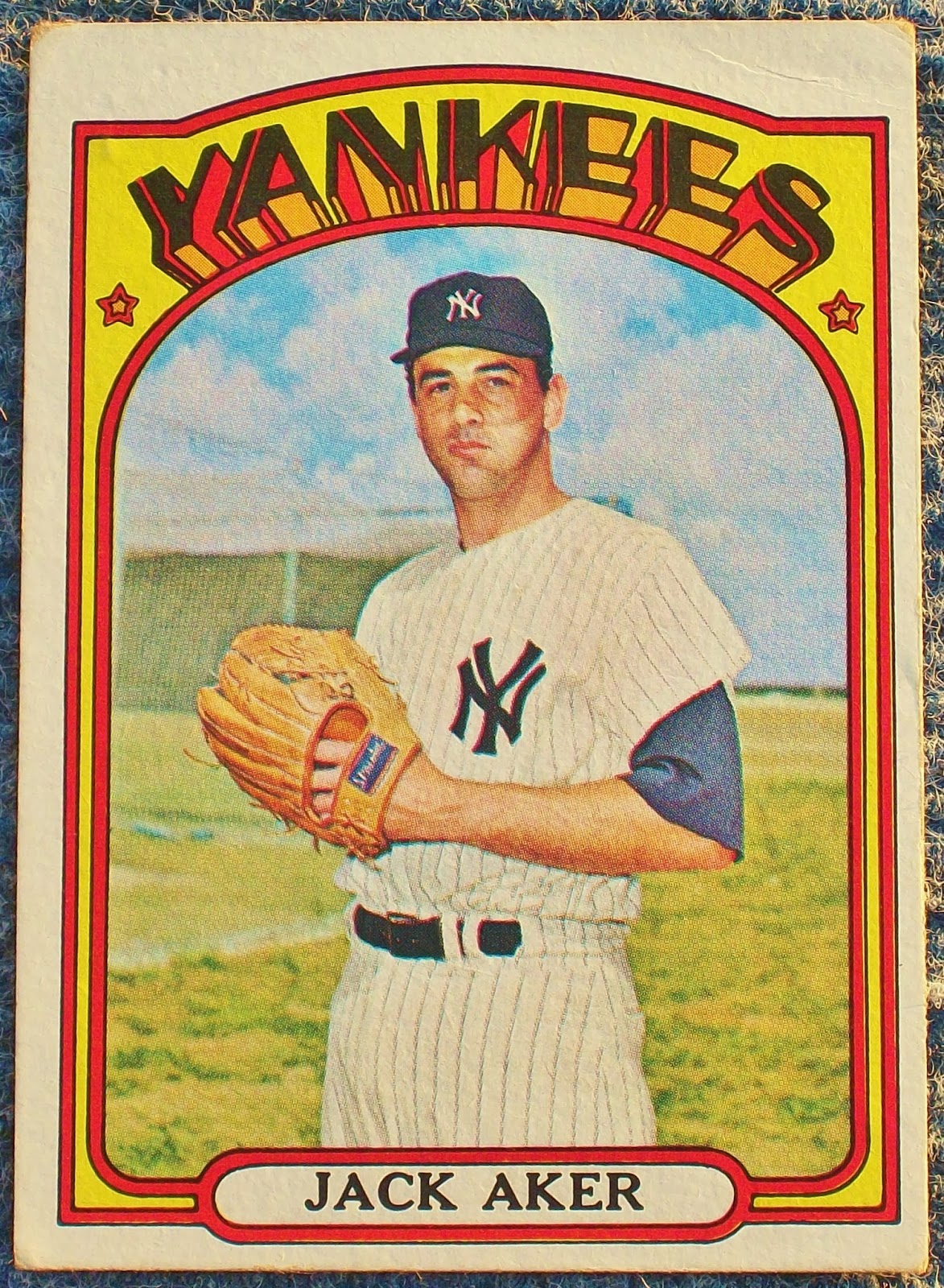 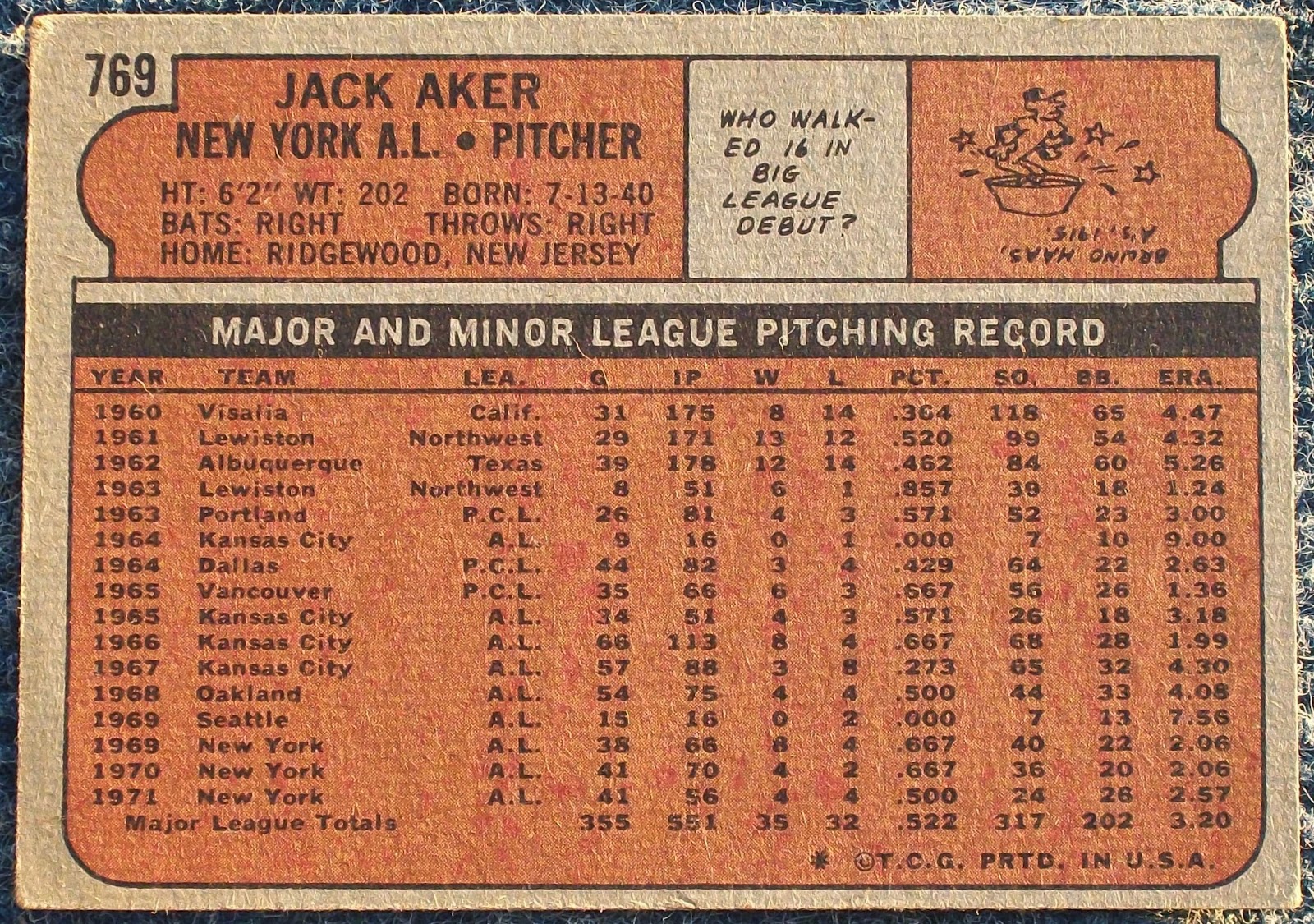 Posted by ToppsBawlyn87 at 3:33 PM No comments:

Eddie Leon entered his fifth and final season as a Cleveland Indian in 1972, splitting his playing time almost evenly between 2B and SS.  Leon had just come off of a season, where he led the league in Sacrifice Hits, and earned an increased reported salary of $22.5K.  Leon was traded to the White Sox for Walt Williams for the '73 season, and then to the Yankees for Cecil Upshaw for the '74 season.  Eddie Leon finished his MLB playing career after 8 seasons in early 1975. 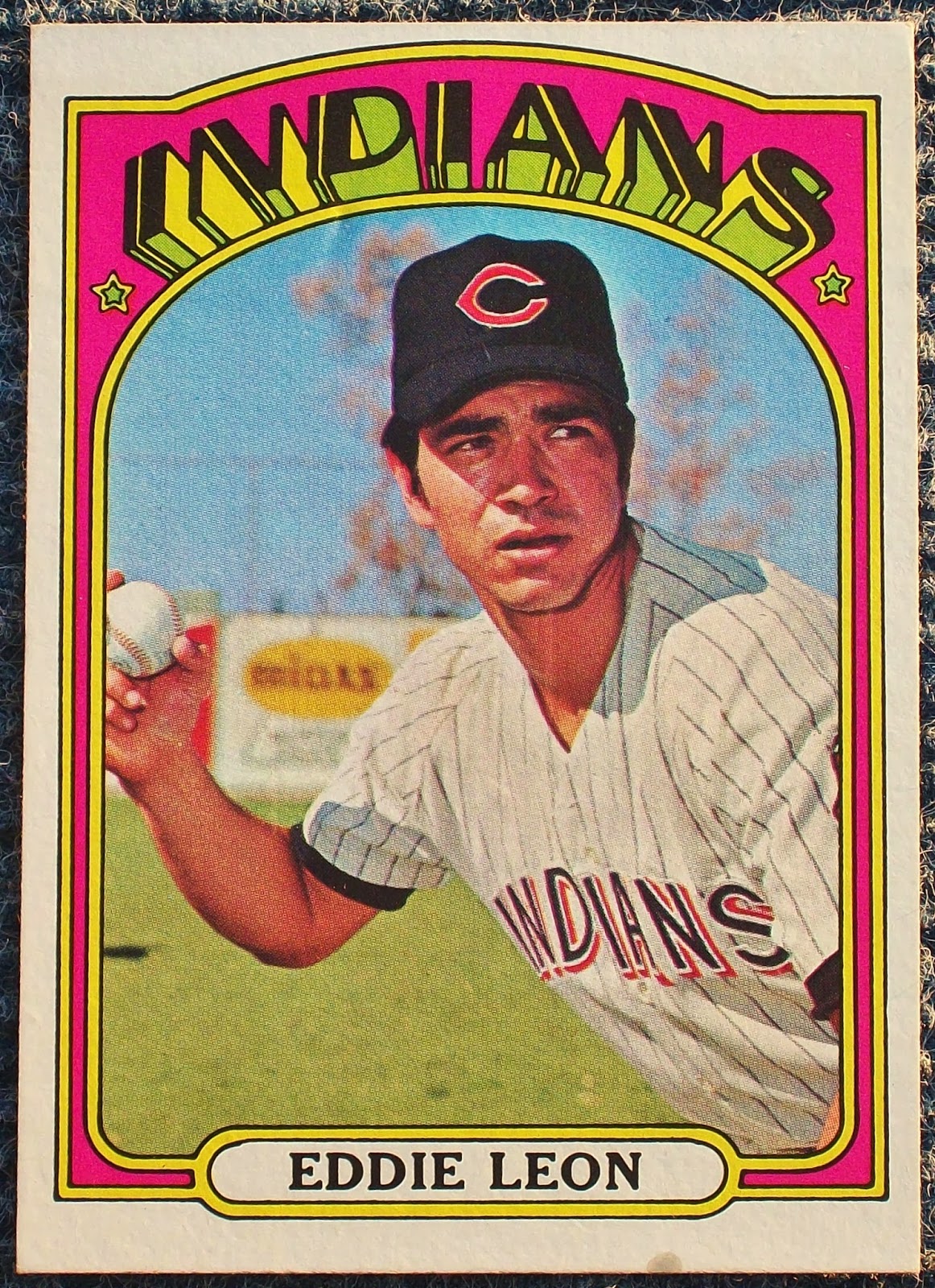 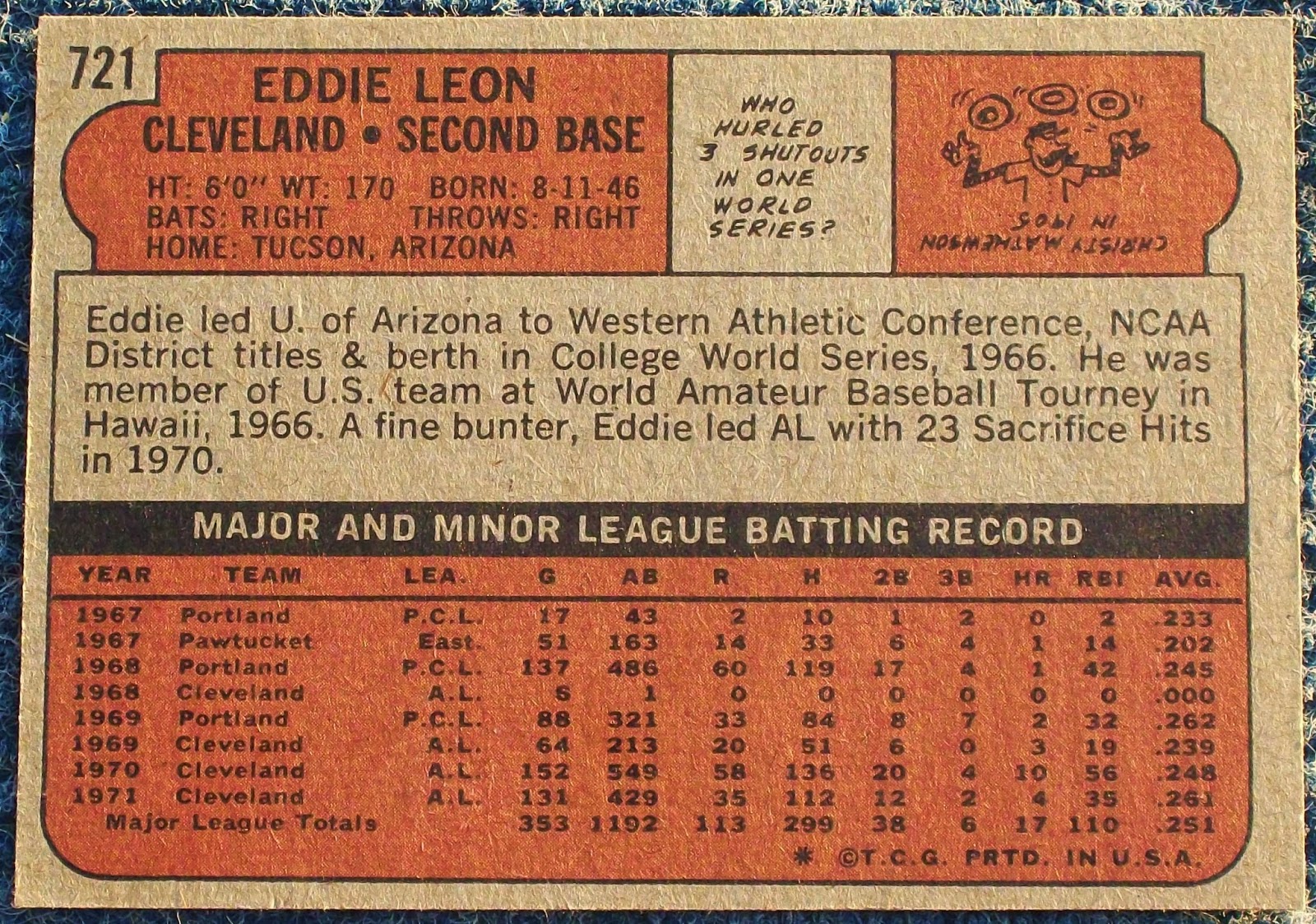 After playing with the Pirates for the majority of his career, Bill Virdon began managing the club in 1972.  That season, Virdon led the defending World Series champions all the way to game 5 of the NLCS before his team was eliminated by the rising Cincinnati Reds team under manager, Sparky Anderson.  Virdon continued to manage the Pirates throughout much of the '73 season before taking another managing position elsewhere.  To this day, Bill Virdon continues to work with the Pirates organization on occasion. ﻿ 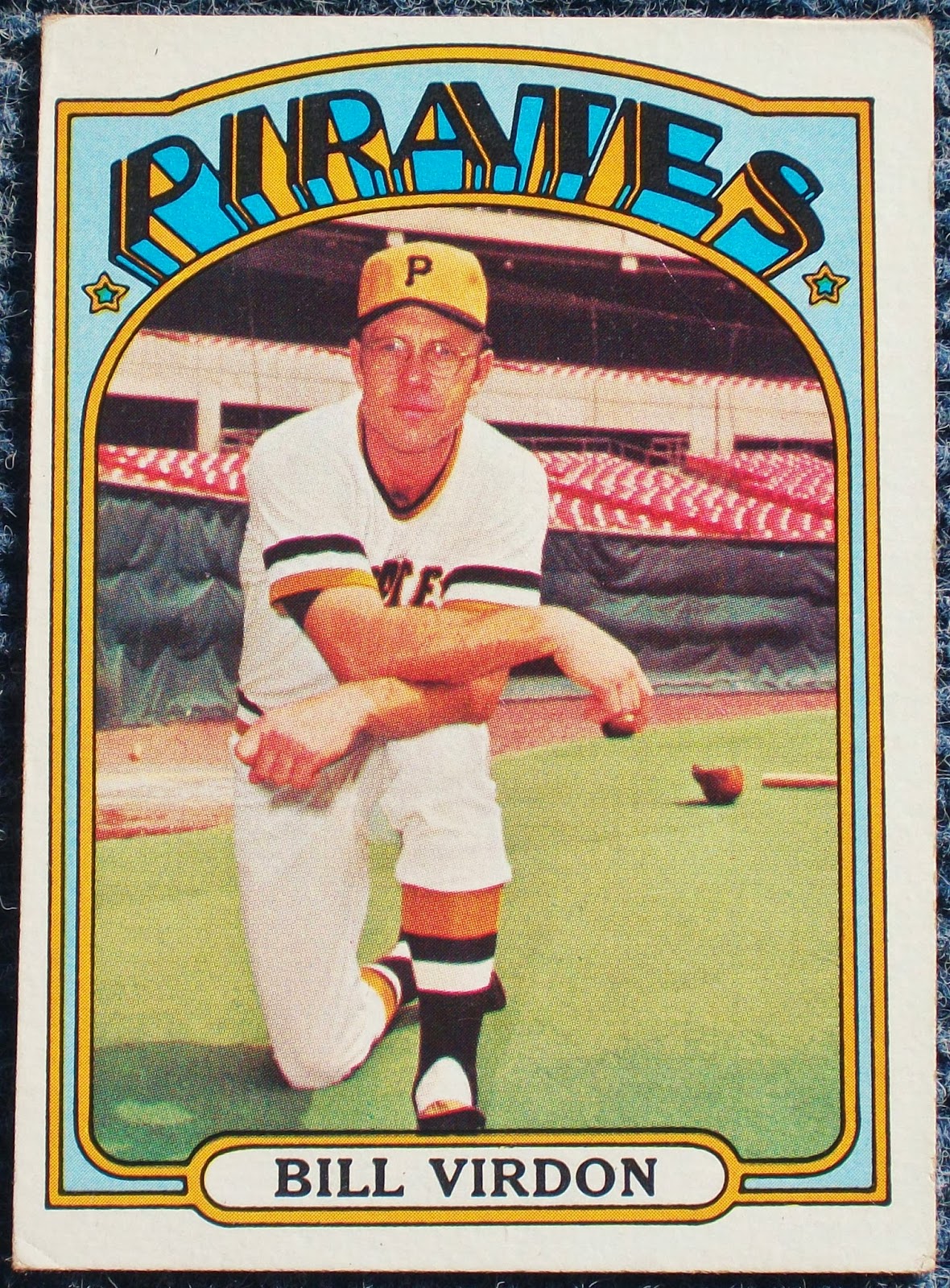 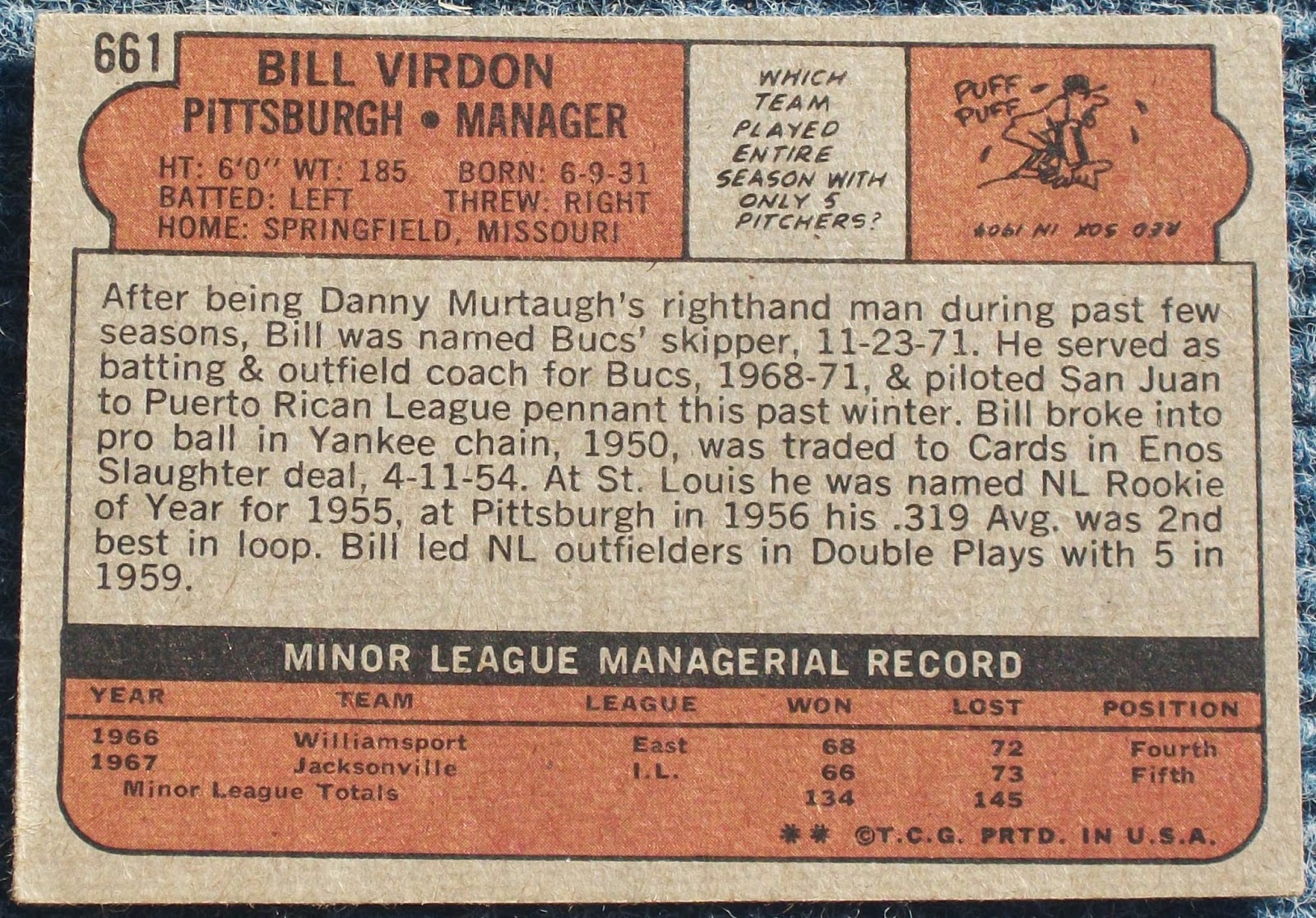