﻿The 1971 Brewers were managed by former Reds manager, Dave Bristol, who took the position after being replaced by Sparky Anderson.  Bristol was the first manager of the Brewers team, which had changed its name from the Seattle Pilots after moving to Milwaukee's County Stadium in 1970.  The team had the best season in their 3-year history in 1971, winning a total of 69 games the entire year.  The primary position players were: Ellie Rodriguez C, John Briggs 1B, Ron Theobald 2B, Rick Auerbach SS, Tommy Matchick 3B, Tommy Harper LF, Dave May CF, and Bill Voss RF.  The primary starting pitchers were: Marty Pattin, Bill Parsons, Skip Lockwood, Lew Krausse, and Jim Slaton.  The primary relief pitchers were: Marcelino Lopez, John Morris, Jim Hannan, and Floyd Weaver.  The primary closer was: Ken Sanders. 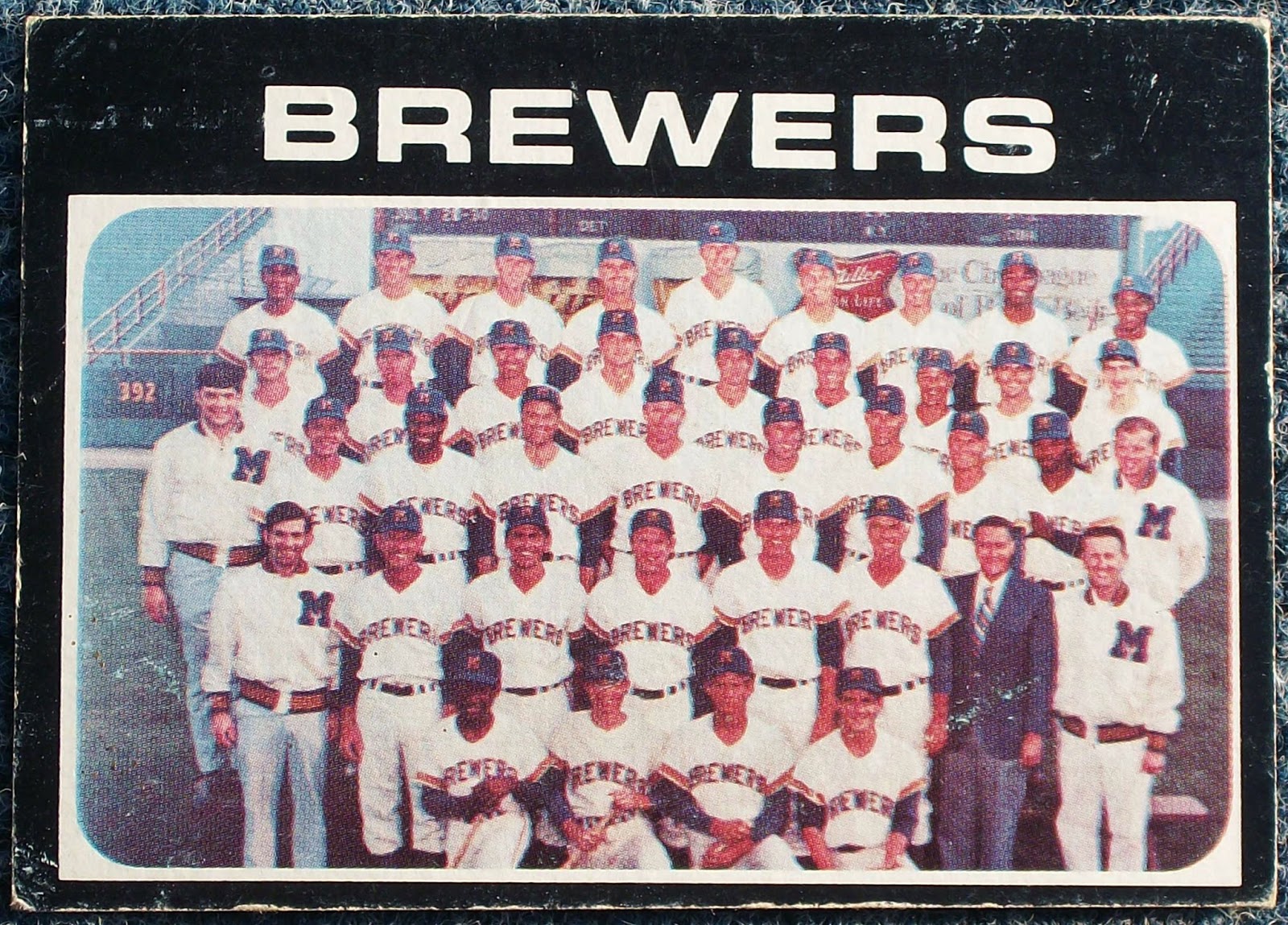 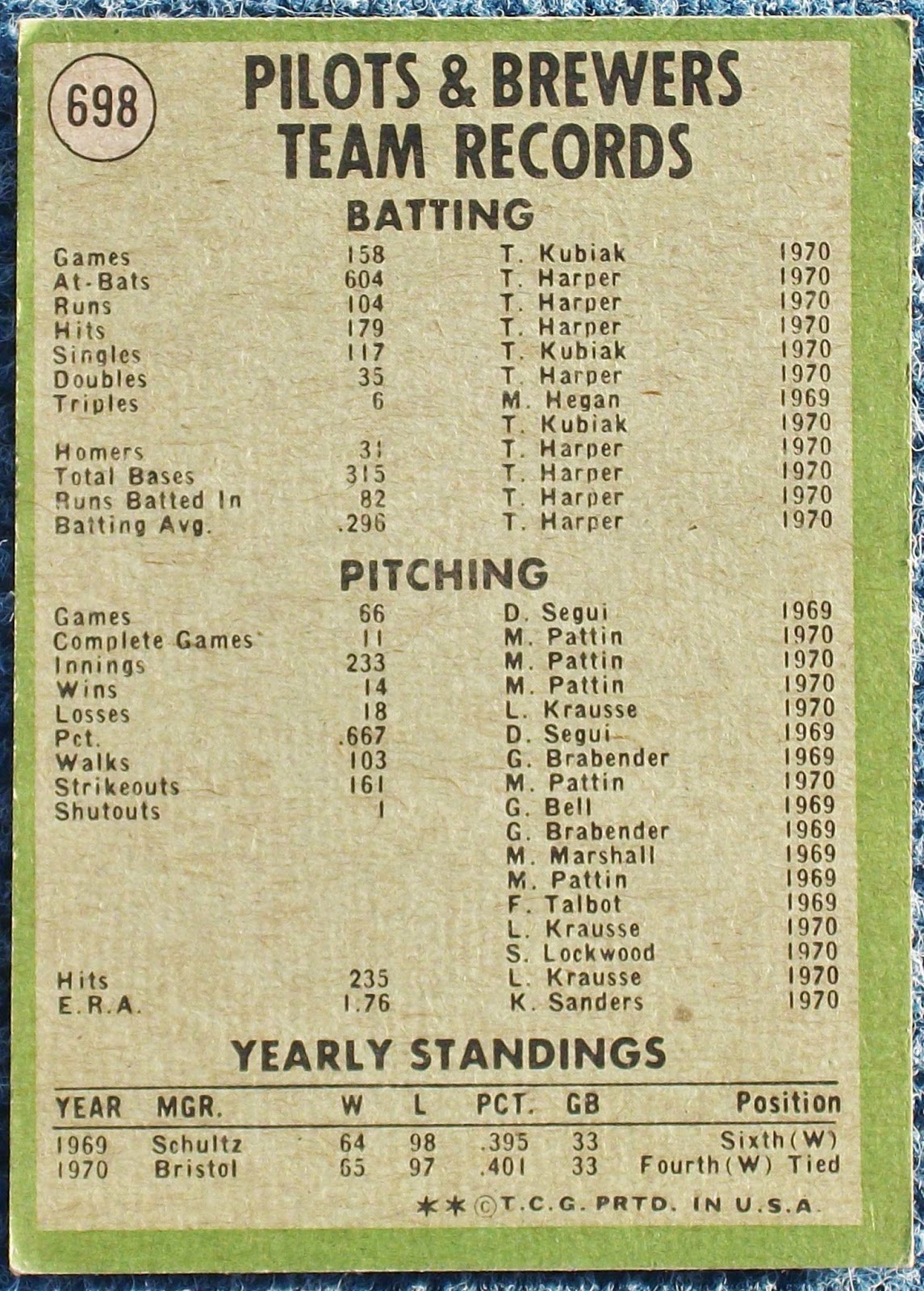 BV: $4.00
Cost: $3.99
Condition: VG-EX 4.0
Completion: 732 of 752
Comment: No creases, just some off-centering with edge and corner wear that really stands out in this black bordered set.  I'm down to the last 20 cards for completing this set, which is also where I'm at with the '72 set.  I guess the only question now is--which set will I complete first?
Posted by ToppsBawlyn87 at 1:14 PM