Jim Hart began playing in the Majors with the Giants in 1963 following the team's first World Series Appearance since moving from New York to San Francisco.  Hart was a runner-up for the NL Rookie of the Year award during his first full season in 1964 and made the All-Star team in 1966.﻿  In 1971, Hart appeared in the NLCS with the Giants against the soon to be World Series champion Pirates.  Hart was traded to the Yankees in 1973 and retired from baseball the following year in 1974. 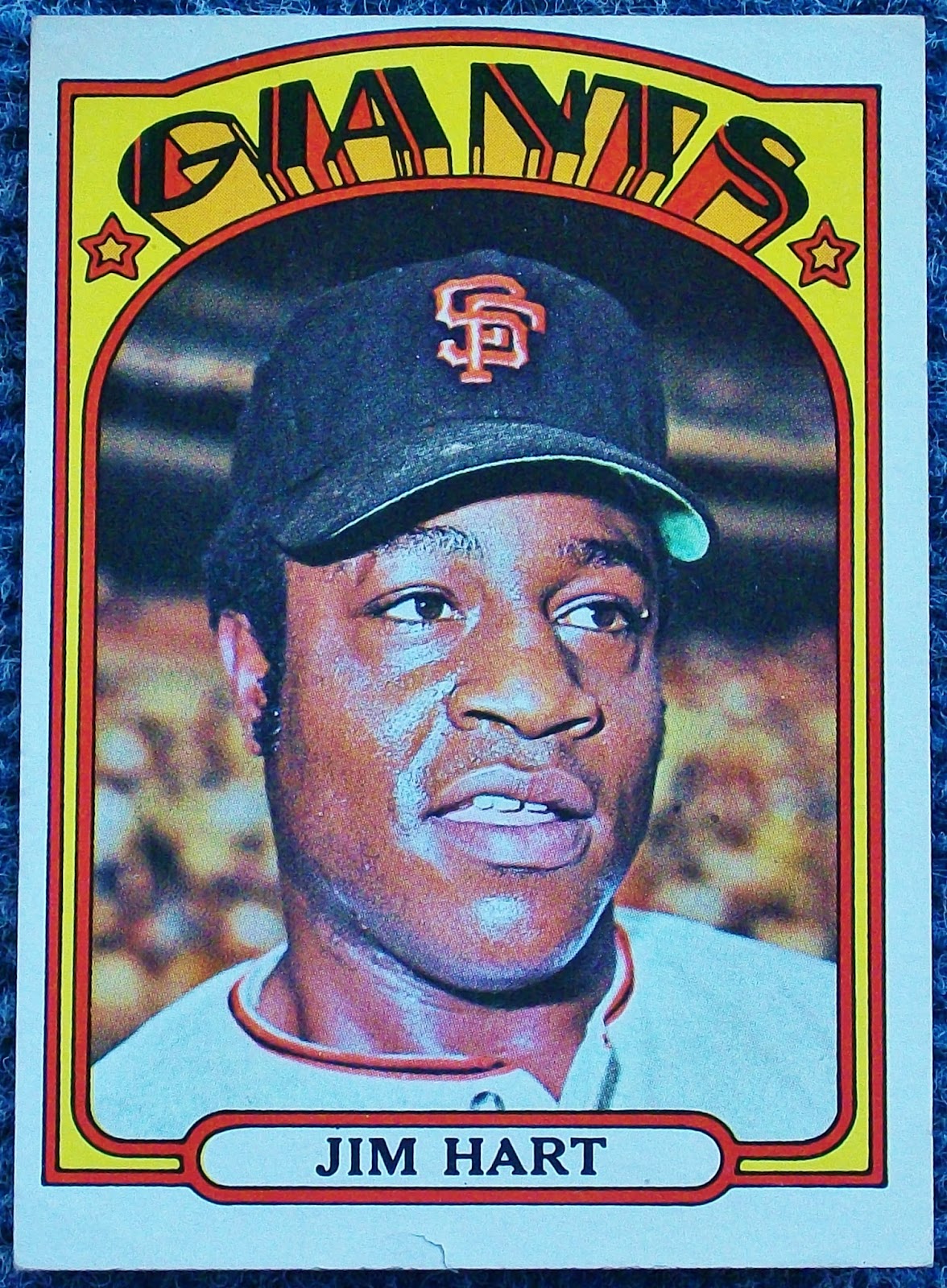 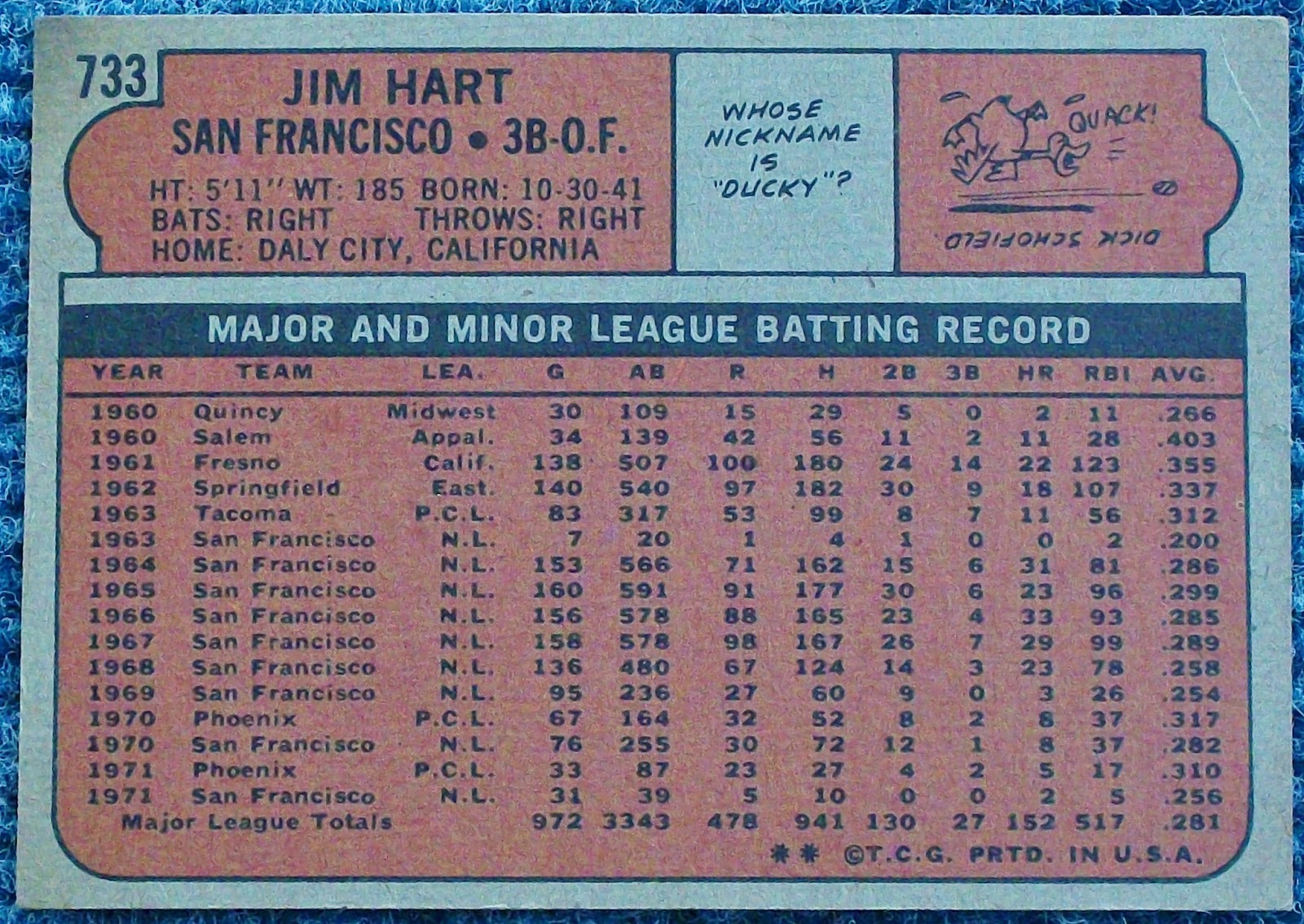